Mises and the convergence to 100-percent reserves in free banking 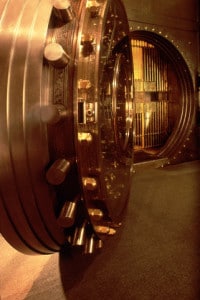 There’s in interesting debate between Larry White, Jorg Guido Hulsmann, Jeffrey Hummel, and George Selgin on The Theory of Money and Credit at 101 at The Online Library of Liberty with a similar format to that of Cato Unbound.

Most of the debate is focused on the application of The Regression Theorem to the case of Bitcoin and Mises’s position on free banking and fractional reserves. I treated this later issue before here. But one of the arguments being put forward is that even if Mises’s favored a fractional reserve practice, this would converge to a 100-percent reserve value.

This is a post that never went online. At the end of the post I make a short comment on whether we can assert that Mises thought that a free banking system would converge to hold 100-percent reserves. The only paper I know of that holds this position is one by Salerno in Procesos de Mercado.

The first section is about Mises’s position on free banking. The last part is about the 100-percent reserve convergence which is not covered in my paper.

Where does the confusion on Mises’s position come from?

There are, in my opinion, two sources that biases a reading of Mises’s into a 100-percent banker: (1) a Rothbardian influence on Mises interpretation and (2) to overlook the context of Mises’s remarks, and therefore confuse his Monetary Reconstruction (added to the 1958 edition of The Theory of Money and Credit) with his “pure theoretical” ideas.

In the case of fractional reserves, the apparent ambiguity in some of Mises’s passages on fractional reserve banking contrasts with the clear and strong position in Rothbard, which seems to be used to solve Mises’s ambiguity. I want to be clear; I don’t imply that this is a “convenient” reading of Mises by 100-percent Rothbardians so as to homogenize Mises position to that of Rothbard, but I do think that there is some unintentional Rothbardian readings on Mises’s work that is not there. This is not the only topic where I see a too much Rothbard interpretation in Mises. Mises’s apriorism, another controversial topic, is not of the “extreme type” stated by Rothbard’s In Defense of “Extreme Apriorism” (more here for those of you with a taste for philosophy of science.)

The context of his Monetary Reform (1958)

When reading any author, to pay attention to the context of his writing is crucial. The researcher needs to identify what the author is taking for granted or baer the risk of imposing on the author his own assumptions. For instance, whether the author is making a pure theoretical remark or an economic policy suggestion should be taken into consideration. The second best option will probably differ from his first best in an ideal world. In my opinion, this has been one of the biggest reasons why Mises has been misread as a supporter of 100-percent banking.

Most of the citations in favor of the 100-percent requirement interpretation of Mises come from his “Monetary Reconstruction” which was added to the 1958 edition of The Theory of Money and Credit. Passages where Mises argues for a 100-percent marginal reserve requirement are presented as evidence if his position. Consider the following passage:

“Fiduciary media are scarcely different in nature from money; a supply of them affects the market in the same way as a supply of money proper; variations in their quantity influence the objective exchange value of money in just the same way as do variations in the quantity of money proper. Hence, they should logically be subjected to the same principles that have been established with regard to money proper [i.e. gold]; the same attempts should be made in their case as well to eliminate as far as possible human influence on the exchange ratio between money and other economic goods. The possibility of causing temporary fluctuations in the exchange ratios between goods of higher and of lower orders by the issue of fiduciary media, and the pernicious consequences connected with a divergence between the natural and money rates of interest, are circumstances leading to the same conclusion. Now it is obvious that the only way of eliminating human influence on the credit system is to suppress all further issue of fiduciary media. The basic conception of Peel’s Act ought to be restated and more completely implemented than it was in the England of his time by including the issue of credit in the form of bank balances within the legislative prohibition.” (Mises, 1912 [1981], pp. 446-447)

This is one of the passages that Huerta de Soto (1998 [2006]) uses to argue that Mises opposed to fractional reserve banking. That’s a plausible interpretation if we take this passage at face value. But such a conclusion is not evident anymore once we realize that Mises is talking about a very particular historical context: How to reconstruct sound monetary institutions after World War II. The “human influence” Mises refers to is not about commercial banks in free banking, but government officials in charge of the central banks of his time. Given that the option of closing central banks is off the table, their hands must be tied. Therefore, rather than creating a new rule Mises argues for instating Peel’s Act but without room for expansion of money substitutes.

The fact that Mises is talking about a particular historical case and how to do monetary policy, rather than what he considers to be the theoretical optimal monetary policy, should be clear for any careful reader. The title of his essay is “Monetary Reconstruction.” In case this is not enough indication of the context, this citation comes from chapter 20: “Problems of Credit Policy,” section III: “Problems of Credit Policy in the Period Immediately After the War,” point 13: “The Basic Questions of Future Currency Policy.” Further remarks of the market conditions of his time continue shortly after.

I’m not saying that the passage cited above shows that Mises preferred fractional reserve banking, all I’m showing so far is an example of how the “evidence” of Mises’s alleged support of 100-percent reserve requirement is sensitive to the context of the evidence. In fact, in his monetary reform, Mises argued to impose a marginal 100-percent re