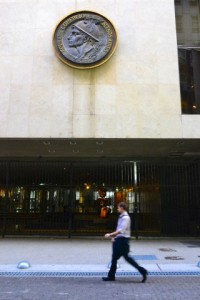 In The Law Frédéric Bastiat presents the irrefutable maxim that man’s rights exist prior to the formation of the state and that, therefore, the collective action of the state cannot conflict with man’s prior rights. According to Bastiat, man can delegate to the state only those powers that he himself already possesses, and man does not have the natural right to force another to give to a charity. Since I cannot coerce you to give to the charity of my choice, neither can government force you to give to the charity of its choice. Yet that is exactly what it does. Let us say that you object that government gives money to a charity that you personally abhor. You would not get very far arguing that you have a right to reduce your tax payment by a pro-rata amount. If you persisted in withholding payment, government will confiscate your assets. If you try to protect your assets, government will kill you. Yet, from the context of natural rights, government has no justification in forcing you to pay for a charity of which you disapprove and would not fund voluntarily.

True Justice and the Categorical Imperative

Perhaps there is a higher rationale for allowing the state to violate our natural rights by confiscating our property coercively for the supposed betterment of others. For this rationale we turn to two philosophers — Immanuel Kant and T. Patrick Burke. We’ll start with Kant. Our conception of true justice has found no better expression than that by Immanuel Kant in his explanation of the “categorical imperative.” A categorical imperative tells us what to do unconditionally in all places at all times and to all men. It does not derive its power from any authority other than pure reason. Kant distinguishes this categorical imperative from a hypothetical imperative, such as “need.” Although a hypothetical imperative may be valid, such as “poor people would live better if they received welfare payments,” it can never be objective. It gives a reason only to those who are affected, in this case poor people. Giving welfare to poor people cannot be an unconditional action, applying to all people in all places at all times.

In his introductory book on Kant, Roger Scruton explains that there are five variant forms of the categorical imperative. The first two are the most important for our purposes here. The first variant is the Golden Rule, Matthew 7:12: “So in everything, do to others what you would have them do to you, for this sums up the Law and the Prophets.” Abraham Lincoln stated the Golden Rule when he said, “As I would not be a slave, so I would not be a master.” It is based upon reason alone. The second variant is that all men be treated as ends and not as means. Rational beings are ends in themselves and never merely means to some other end or as a means to achieve the ends of some men and not others. By this natural law even if everyone in a community except one man voted that all should donate to a charity, the categorical imperative would deny that it is just for the community to coerce this one man. The community of men would be using this one man as a means and not as an end, a rational being with human dignity.

Professor T. Patrick Burke adds an important addendum to the unjust nature of state coercion for the purpose of charitable giving. He persuasively makes the case that the act of refusing to help someone in need is not unjust, for that needy person is left in the same position as before. The act of refusing to help does not add to that person’s plight. If we become bound by some higher concept of justice to help all who come to us in need, then we become slaves to all of mankind, a violation of the categorical imperative in that we would be used as means and not as ends.

The Impossibility of Economic Calculation by the State

In 1920 Ludwig von Mises wrote a devastating critique of the emerging socialist movement. At fewer than 75 pages, which includes an introduction by Professor Yuri Maltsev and a postscript by Professor Joseph Salerno, Economic Calculation in the Socialist Commonwealth explains that, absent private property, economic calculation is impossible. Mises explained that no government knows what to produce or what resources to use in producing whatever the desired good may be, because only those who actually own property can dispose of it rationally. Think of two worlds, the world of the mind containing preferences and the world of markets and prices. One’s preferences are ordered in the mind according to greatest need. These preferences are different for different people and change within the same person constantly. These internally held preferences meet in the market with all other preferences to produce money prices, which allows us to make economic and economical decisions about what to produce, and how to produce it, and what to buy. Mises pointed out that without market prices, the economic czar is blind as to what to produce and how to produce it. Market prices are determined only by people expressing preferences for what they actually own; i.e., private property. The economic czar is not spending his own money or taking his own product to market to sell. So, how can he rationally decide what to do? Mises’s answer was that he cannot.

Since the government is composed of individuals who are not spending their own money or taking their own product to market, there is no way that they can decide rationally which charities, if any, should be state supported. They fall back upon what can only be called corrupt relationships; i.e., helping friends, choosing organizations that may hire them in the future, buying off organizations that are particularly persistent and annoying, etc. This behavior is best described by “public choice theory,” which explains that actions of individuals in government are guided by the same self-interest as they are in all other areas of life, ridiculing the idea that those in government have higher ethical considerations.

In the end we observe that state welfare is imposed coercively; it has no justification other than that of pure force. No one has a natural right to our labor or our property; there is no categorical imperative to demand the help of others and none to shame us for refusing to “help” others through state coercion; and there is no possibility of rational economic calculation to determine which charities for the state to support and to what extent.

The views expressed on AustrianCenter.com are not necessarily those of the Austrian Economics Center.
hayek_admin2014-02-21T11:28:37+01:00