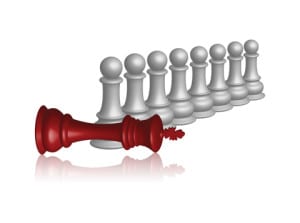 This is an election year and as in all past election years we are inundated with promises and proposals from candidates, each hoping to attract our votes. For the most part what they are promising is “leadership” and political solutions to our personal, social and economic problems. They almost always fail to remind us, however, that in the political arena there is nothing they can do for us unless they have coercive power over us.

We need to remember that whenever political leaders undertake to “guide” America it always means a reduction in our freedom to peacefully solve our own problems and improve our own lives as we think best. Rather than each of us having the autonomy to decide what matters to us, those in political control make us all march to a single government drummer.

Are the American people to be guaranteed government-provided or subsidized health care? The only way government can do this is to tax some members of society to cover the full costs of providing it to the targeted beneficiaries, as well as prohibiting under threat of fine and/or imprisonment all attempts to choose one’s one preferred medical service and insurance.

Is government to guarantee every “working American” a decent living through a higher minimum wage? There is no way for government to impose this than by denying individuals under the threat of penalty and imprisonment the freedom to peacefully and voluntarily agree among themselves at what remuneration one person shall hire the labor services of another.

Will government undertake management of “climate change” both with in the United States and around the world? How can the political authorities even attempt to do this – however impractical and impossible – other than by abridging people’s rights to determine the use of their own property in matters of production and the pricing of goods and services they offer to the consuming public.

Besides which, whatever significant environmental problems that may be confronting the world are invariably the results of earlier government regulations over the marketplace, as well as infringements on private property rights that normally serve to limit people’s legal ability to damage others in society. Recognized and enforced private property rights minimize the negative spillover effects of one person’s actions on the property and well being of another, and all without heavy-handed government oversight and control.

Are various selected industries and trades to receive special protection and support from tariff walls against foreign competition, or subsidies to maintain domestic prices and stimulate foreign sales? Then American consumers will pay higher prices for the goods they wish tobuy and have less money to spend in ways that would have been available on an unhampered free market. Government, and not the free choices of buyers and sellers on an open, competitive market, then influences and directs what is offered to consumers and under what terms.

Are the youth of America to be provided with “better education” through greater government involvement in determining school standards, curriculum, and testing around the country? Then parents and children will have even fewer personal choices concerning the content and quality of education, as a government-imposed guidebook of regulations emanates from Washington, D.C., and the state capitals.

Often the imagery conjured up with the concept of “leadership” is that of the military. The leader is the commander in charge not merely of rallying but also of directing the troops to attain “victory” over a common enemy. A single strategic plan is designed and imposed on the rest of us through a chain of command.

But the very notion of such leadership implies subordination and obedience. What you or I may want must be made subservient to what the political leaders have decided for us. Unlike the totalitarian systems of the last century, such subservience in contemporary America does not involve the direct heavy-handed use of brute police power—at least not in most instances.

It is done in the United States and most Western countries more lightly through taxation, regulations, and legal prohibitions or mandates. Also, there is not one overarching central plan, as used to be imposed in the former Soviet Union. Rather there is an intricate web of different political plans, each the result of the corrupting and often contradictory interactions of politicians, bureaucrats, and special-interest groups in the modern interventionist state.

The Hubris of the Political Power-Lusters

But the fact remains that practically all those politicians running for office are selling themselves as leaders into whose hands we should place some corner of our life, since they assure us that they can take care of us and our problems better than if we tried to handle them ourselves.

Friends of freedom have long warned of the dangers from ceding authority over such matters to political leaders. Adam Smith’s words ring as true today as when he wrote them in The Wealth of Nations more than two centuries ago:

“The statesman, who should attempt to direct private people in what manner they ought to employ their capitals [wealth and resources], would not only load himself with a most unnecessary attention, but assume an authority which can safely be trusted, not only to no single person, but to no council or senate whatever, and which would nowhere be so dangerous as in the hands of a man who had folly and presumption enough to fancy himself fit to exercise it.”

Concerning how to apply his time, resources, and energies, Adam Smith said, “Every individual, it is evident, can, in his local situation, judge much better than any statesman or lawgiver can do for him.”

In more recent times Adam Smith’s warning has been echoed by the Austrian economist and Nobel Laureate, F. A. Hayek, who warned of the “pretense of knowledge” on the part of those who wish to direct the affairs of society.

And the German free market economist, Wilhelm Röpke, long ago lamented the “hubris of the intellectuals,” who arrogantly presume they know enough to redesign the social order. We need to remember that the people who offer themselves to us at election time are mere mortals like ourselves. They possess no special wisdom, no Olympian powers that provide them with capacities above the “common man,” whom they claim to want to represent in political office but in reality over whom they wish to rule and command.

Candidates motivated by various forms of collectivist ideology assume that when men are free, outcomes will be undesirable and that only government can set things right. These candidates view themselves as the political parents who must oversee the citizen-children (the rest of us), who perpetually are never grown up enough to be free and responsible adults.

But whether they are guided by ideology or simply a baser desire for the power that political office can provide, the reality of politics in the modern interventionist state is that “leaders” use their authority to advance special interest plundering at the expense of the rest of society.

To continue with the metaphor, these office holders are in fact abusive political parents who hurt and manipulate many of the citizen-children in their “care” to benefit themselves and favored groups that help maintain them in office. They then use various propaganda devices to persuade the abused citizen-children that it’s all being done for their own good. And, alas, too many of our fellow citizens fall victim to this psychological manipulation and cannot imagine a world without political parents who watch over and “care” for them.

In the free society – in which government is confined to the essential but limited functions of protecting life, liberty, and honestly acquired property – politicians and bureaucrats have no assigned “leadership” role. Their function is far more modest, though a useful one: seeing that each of us is left free from violence and fraud to direct his own life, as he considers best and most fulfilling.

Freedom means for each of us to be “captain of his own fate” and not to be a docile subordinate waiting for those in political authority to decide his fate for him. Indeed, those who advocate political leadership to get the nation moving, to steer it in the right direction, or to impose government cures on supposed social ills at home and abroad are the gravediggers of liberty.

That is why we must always beware, and most especially in election years, of those who offer themselves as our political leaders. Their triumphs mean more nails hammered into the coffin of freedom.

The friends of freedom must remind their fellow citizens that the only fundamental political question in any election is whether or not those running for political office unswervingly declare their allegiance to the philosophy of individual rights to life, liberty and property and its accompanying social system of free market capitalism?

It they do declare such allegiance, then such candidates may be worthy of the citizen’s vote on election day, and if elected they should be constantly challenged to practice the principles of freedom and limited government that they preached when running for political office.

Otherwise, we shall continue down the dangerous path of political paternalism and plunder that ends with neither freedom nor prosperity.

The views expressed on AustrianCenter.com are not necessarily those of the Austrian Economics Center.
hayek_admin2019-01-14T06:16:07+01:00