Money in Politics and Free Speech 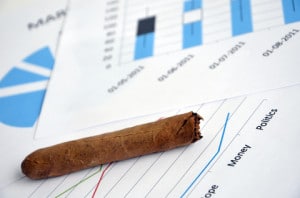 With midterm elections just days away, it is worth considering money in politics and attempts to curb speech. Both Parties want money out of politics…but only that which flows to the other. There has been no Court decision in recent times that has upset Democrats so much as Citizen’s United in 2010. The irony is that their reasoning is illiberal. Their objection had to do with the fact that the Court considers corporations to be similar to unions and other political entities. Democrats, naturally, see nothing wrong with public sector unions feeding the machine that is essentially collusion between those unions and favored politicians – jobs for votes and money.

According to the FEC (Federal Election Committee), $5.3 billion was spent in 2012 on federal elections, double what had been spent a decade earlier – a rate of increase that is roughly triple the rate of inflation. Numerous attempts to curtail spending on elections have failed. Placing limits on spending inevitably favor incumbents – individuals, supported by taxpayers, over whom they exercise power and from whom they are increasingly alienated.

More importantly, when we rue the amount of money spent on political campaigns we unwittingly support efforts to curtail speech. Certainly we do not want the process to become any more corrupted than it already is, but that is why we have federal anti-bribery laws that prohibit quid pro quo dealings between officeholders and donors. If anything, existing rules should be enforced more aggressively. Congress should mandate full disclosure of all contributors that donate to political campaigns, including those to PACs and so-called “dark pools.” That would make it easier for federal attorneys to prosecute incidences of political bribery, and would have the secondary, beneficial consequences of providing greater transparency and would likely reduce overall campaign spending.

I may think George Soros is foolish and mistaken in his political beliefs (which I do), but he has every right to spend his money as he wishes. In like manner, the Koch brothers have every right to express their opinions. When Senator Harry Reid refers to them as “un-American,” it is he who is acting un-American, as he seeks to bend the Constitution in his favor.

The effect of this brouhaha has been to raise the spectre of limiting speech. Like most federal bureaucracies, the FEC has been expanding its reach. Recently Vice Chairperson Ann Ravel announced her intent to forge new rules regarding on-line political speech. Under current rules, any political content that is not posted on-line for a fee is not subject to regulation. However, half the six members of the FEC wish to subject all blogs and internet postings, with political content (presumably including this one), to FEC-mandated controls.

This attempt to undermine the First Amendment is not limited to the FEC. In September, Senate Democrats failed in an attempt to pass a bill that would have amended the Constitution by allowing Congress to regulate campaign finance reform. The measure failed to clear a 60-vote threshold, but nevertheless garnered 54 votes to 42 against. The vote was a sham. Harry Reid and his cohorts knew they would never get the sixty votes, but they wanted an excuse to slam Republicans as protecting the Koch brothers. It was not only shameless; it displayed ignorance and unconcern regarding the basic right of Americans to freely express their opinions.

Wisconsin, once home to the infamous Republican Senator Joseph McCarthy, is now giving rise to “Chisholmism.” Democrat Milwaukee County district attorney John Chisholm conducted pre-dawn raids on homes of Republicans. He was looking for links between Governor Scott Walker’s campaign and conservative advocacy groups. He found none. Republican Governor Scott Walker’s battle with unions to rein in public-sector pension costs, which threatened to bankrupt the state, upset many, especially Democrats. Mr. Chisholm sees his duty to be the defeat of Mr. Walker in next week’s election. Is that the appropriate role of a district attorney? While a federal judge has stopped Mr. Chisholm’s “John Doe home invasions,” the effect has been chilling and intimidating on conservatives.

Freedom is almost always lost slowly. It slips its mooring based on the promise that government will make our lives easier and richer. We see its disappearance in myriad ways, but especially in rising dependency. “The United States is the only country,” according to the 2014 Index of Economic Freedom, “to have recorded a loss of economic freedom each of the past seven years.” Freedom is elusive and is almost always best appreciated by those who lost it or never had it. It is impossible to put a price on freedom. It is hard to define, but recognizable when lost. Once the majority of citizens become net recipients of government largesse, it becomes very difficult to cut or even reduce government spending that accrues to their benefit.

Those who would deny our freedoms use words that are seductive. This has always been true from Nazis, Fascists to Communists. Their phrases are couched in expressions of concern for the poor and disadvantaged and in the suggestions that they (government) bravely take on the dragon that is the rich and the favored. Their deeds, however, were quite different.

Money will never come out of politics, but we should know who has given how much and to whom, whether directly or indirectly through a PAC or a 501 (c) (4) advocacy group. There should be no “dark pools.” No one should be fearful of speaking out, but those who do should take responsibility for what they say and for whom they advocate.

Our government has grown in complexity as it has grown in size. That is unavoidable, for we are a large, multiplex society composed of thousands of interest groups and millions of people with myriad opinions. The ability to communicate has never been easier, thanks to the internet. A politician or a government that is not transparent is going to get called out, whereas in the past what happened in Washington often stayed in Washington. Now organizations like OpentheBooks.com and OpenSecrets.org, along with bloggers and the internet, have helped lift the veils that cover political corruption. This gives discomfort to those in government who have always protected their benefactors.

Transparency and sunlight are better. It isn’t money that is wrong with elections. It is the attempt to muzzle dissent and voter fraud (a subject for another day) that should concern us all.

The views expressed on AustrianCenter.com are not necessarily those of the Austrian Economics Center.
hayek_admin2019-01-14T06:09:41+01:00