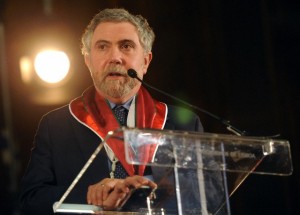 It’s an ill wind that blows no one any good. The financial crisis that came to a head five years ago with the failure of Lehman Brothers has been especially beneficial to the economist Paul Krugman. In his widely read New York Times column and blog, Krugman regularly boasts that he has been ‘right’ about the crisis and its consequences. As he wrote in June last year:

The views expressed on AustrianCenter.com are not necessarily those of the Austrian Economics Center.
hayek_admin2019-01-14T06:42:33+01:00