“No Excuse is Better than a Bad One” 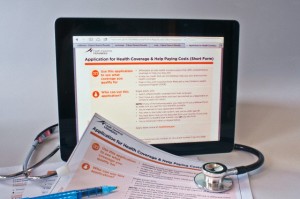 It is commonly thought that all politicians are inveterate liars. Apart from a small number of idealistic freshmen Congressmen, the statement is probably true. Dissembling the dissemblers should be a crucial role of the Press. Unfortunately, the media have become supplicants and advocates, rather than skeptics. Blogs on the internet are doing more to dispel this miasma of lies than mainstream media.

In 2008, when Barack Obama was running for President, there was only the promise – a promise of change, which the people took to mean an “un-Bush-like Presidency.” They expected government to be more open, more caring about its people, more brilliant in its execution, more dazzling in its demeanor, more respected among its allies and more feared by its enemies. Somehow it became lost on voters (or they failed to seriously consider what he meant) that Mr. Obama had promised to “fundamentally transform America.” Enamored by style, the Press ignored the substance of his comments. Any curiosity was subsumed by Mr. Obama’s articulateness and coolness and the fear that any criticism would be considered racist. But, in the months before it became obvious he would win the Democrat nomination, racism was being exhibited by members of his own Party. Their comments were mean and patronizing: In 2008, Senator Harry Reid claimed that he was “wowed” by Mr. Obama’s oratorical skills and that the country was ready to embrace a black Presidential candidate, especially a “light-skinned” African-American “with no Negro dialect….”  Senator Joe Biden, in 2007, was just plain crude: “I mean you got the first mainstream African-American who is articulate and bright and clean and a nice-looking guy.” Both comments were not only in bad taste, they dripped with arrogance and condescension. Both men later apologized, but why Mr. Obama subsequently added the Maryland Senator to the ticket is a question worthy of the Oracle at Delphi.

Fast forward five years – we have seen change, but not what the people expected, or what the Press reported, but what Mr. Obama promised: a fundamental transformation. Yesteryear’s speeches in Denver and Philadelphia were, in fact, prophetic. Secrecy has intensified. Lies, deceit, dissembling and incompetence have become commonplace. It is obvious that Mr. Obama prefers the “Julia’s World” of his website. The New York Times sounds forced and tired in the defense of their idol, comparing the disastrous unveiling of ObamaCare to the Bush Administration’s bumbling response to Katrina. Katrina was a force of nature. ObamaCare, as we all know, was a legally passed law (but one passed without a single Republican vote). Everyone knew the Law would only work if existing privately insureds were forced off their individual healthcare plans and made to sign on to ObamaCare. The pretence that this was somehow unexpected assumes that most Americans are idiots. The calling of such individual and family plans “substandard” is wrong and misleading. It reeks of conceit and perpetuates a lie. Many are called “substandard” because they are high-deductible plans – insuring against catastrophic accidents and illnesses, rather than routine office visits. Most do not include maternity care and birth control pills. Requirements that all plans have such coverage, regardless of the individual’s sex or age, is absurd, wasteful and expensive. Existing plans incorporate the insured’s choice of doctor and hospital – something ObamaCare does not and cannot.

As David Gergen recently wrote, “We’ve seen the hubris. And now we’re seeing the scandals.” Like Icarus, Mr. Obama soared through the skies, levitated by adoring crowds and unexamined by the Press. Like Icarus, whose wings were made with feathers and wax, he came too close to the sun, and has crashed to Earth. It remains to be seen whether he will be resurrected.

The predictable crash of ObamaCare has consumed more press than other scandals because of the political fallout. Virtually every American has been touched, from those whose policies have been cancelled, to the millions who were counting on Mr. Obama’s promises to have healthcare provided for the first time, and to those with pre-existing conditions, so were unable to get healthcare insurance. It is the latter that is most distressing; for lying to or about one’s political opponents is to be expected in today’s environment, but hoodwinking those who one purports to help is despicable. These were not, as the New York Times euphemistically put it, “incorrect promises.” Mr. Obama is not a simpleton. He knew he was lying when he promised you could keep your healthcare, if you liked it: “Period.” It was the only way ObamaCare would be affordable, and the only way the highly partisan bill could be passed. He has betrayed his supporters. One recently said to me that Mr. Obama has probably destroyed the prospect for universal healthcare for another generation. The decline in Mr. Obama’s poll numbers reflects the man’s hubris, his belief in the omniscience of the state and his disdain for those who oppose him.

But we should not, in the rush of revelations about the failures of ObamaCare, take our eyes off what, in my opinion, are worse scandals, especially Benghazi and the IRS. “Fast and Furious” was an example of incompetent bumbling. It is not usual to give weapons to those who are trying to kill you, as in fact happened in Mexico. As for the NSA, spying must rank as the second or third oldest profession. It has, I suspect, been going on as long as nation states have existed. One can argue that people in government should not spy on those in the press who disagree with them, because freedom of the press is essential to democracy, but to assume no one ever put a bug in Ms. Merkel’s hotel room would be a mark of naïveté. When Mr. Obama travels, he brings along a special and secure tent, which is set up in an adjoining hotel room. It is in that tent that the President conducts sensitive meetings. His security detail knows that foreign governments spy on us. Why would one assume we do not do the same?

But Benghazi and the IRS scandal are, in the opinion of this non-lawyer, impeachable offenses. Both involved deliberate lies, but were worse. One was designed to cover up a killing at a sensitive time in an election cycle; the other was a deliberate attempt to emasculate the President’s political opponents.

It has now been more than fourteen months since the September 11th attack on the U.S. Consulate in Benghazi. I still shudder every time I see or read the comments from the President and Secretary of State Hilary Clinton the day they met with the families of the dead at Andrews Air Force Base on September 15th 2012. Their blaming the attack on that “awful video” was a lie, which they both knew. I still get shivers when I think of their callous disregard for the truth, and the gross unfairness to the families of the fallen. It was a heinous example of placing politics above honor. Stonewalling the investigation has been the Administration’s response. Presumably, they feel the longer any substantive investigation can be delayed, the better off they will be. And, unfortunately, they are probably right. Nevertheless, there are questions that should be addressed: Why was Ambassador Stevens in Benghazi that night and why had he not received the protection from State Department counter-terrorists he had requested? Why had the Consulate been allowed to remain open when security requirements had not been met? Was the U.S involved in a gun-buying mission for the Syrian rebels, as some have speculated? Why was requested assistance not forthcoming? Who gave the “stand down” order? Why did the Administration persist in blaming the attack on a video when they knew that was untrue? Why have survivors not been permitted to testify? Why were certain CIA personnel asked to sign non-disclosure agreements on May 21, 2013 at a memorial service honoring Tyrone Woods and Glen Doherty who were killed that night in Benghazi? Why has Nakoula Nakoula been the only person punished, especially when it has been known from the first that his video bore no responsibility for the violence? This scandal needs the disinfectant of sunshine.

In terms of the IRS scandal, any use of federal agencies for personal or political purpose is a step toward tyranny. The office of President of the United States is the most powerful office on Earth. But, with office comes a responsibility to uphold the inherent rights of the people. Sadly, that sense of responsibility and the moral sense that should accompany it have become alien to the modern Presidency. The British historian and moralist, writing to Bishop Mandell Creighton in 1887, reminds us: “Power tends to corrupt, and absolute power corrupts absolutely.” Adding to the problem is that Presidents are surrounded by sycophants. “It is difficult for men in high office to avoid the malady of self-delusion,” wrote Calvin Coolidge in his Autobiography. During times of crises, Presidents from Lincoln to Wilson, from Franklin Roosevelt to George W. Bush have suspended basic rights. The public has largely, in the interest of national security, gone along. Nevertheless, whenever that occurs, the concept of liberty suffers. While Mr. Obama may not have been directly implicated in the IRS’s bullying of conservative groups, as President he set the tone for his Administration and, thus, is responsible. The buck stops with him, or it should.

The backlash against ObamaCare appears primarily motivated by incensed individuals that what had been promised has turned into a lie. But I hope it represents more than that – that people are in fact upset with an ever-intrusive governm