Not more regulation, but fundamental reform: An Austrian perspective on banks and the financial crisis 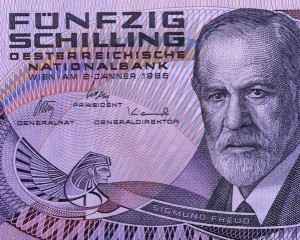 Matthias Kelm received his Ph.D. in Economics from Cambridge University, with a dissertation on institutional determinants of economic evolution in the tradition of Hayek and Schumpeter.
He is one the speakers at the Free Market Raod Show 2013. For seven weeks the Free Market Road Show is touring through 24 European countries and 26 European cities.

Although most politicians and some economists like to lay the blame for the recent financial crisis on free markets or capitalism in general, most of them know that the financial sector is at the heart of the problem. The conclusion that most politicians and mainstream economists draw from the crisis is therefore the need for more regulation of the financial industry. Austrian economists have a different view, arguing that the banking system does not need more regulation, but fundamental reform because the current system of fractional-reserve banking is inherently problematic.

The problematic nature of deposits under the current system is highlighted by a letter from the Central Bank of Cyprus to the CEO of Laiki Bank dated 11 February 2013, a few weeks before the decision about the Cyprus bailout on 25 March. In this letter, the Central Bank stresses “that any action aimed at reducing, depriving or restricting the property rights of depositors, contradicts the provisions of the Constitution of the Republic of Cyprus and of Article 1 of the First Protocol of the European Convention of Human Rights… Hence, any suggestion to the contrary is not legally unfounded, but it cannot merit serious consideration.” Six weeks later, large depositors lost a lot of the money they had entrusted to the largest Cypriot commercial banks, and Laiki Bank was actually closed down. If the Central Bank is right and deposits really are the depositors’ property, who stole them? Or, to use the more precise legal term, who embezzled them? The Troika? Mrs Merkel?  The previous (communist) government? The current (conservative) government? But the Troika (and Mrs Merkel) actually agreed to lend 10 billion Euros to Cyprus. This would be the first thieves who actually gave money to their victims. And the Cypriot government actually agreed to borrow this money in order to support whatever could be saved of its national banking system.

The truth is that the depositors’ property rights are a fiction that is consciously maintained by central banks and commercial banks. Despite a bank’s promise to the contrary, deposits are not money stored in a bank that customers can get back whenever they demand it, but they are just a bank’s liability. Banks do not safeguard deposits as their customers’ property, but they treat them as their own property by lending them to other customers. Looking at the most recent published balance sheet of Laiki Bank, dated 30.9.2012, we see that the bank had customer deposits of 18 billion Euros, but only 1 billion Euros in official money (cash and reserves with Central Banks). So the reserve ratio of cash to deposits was about 5.5% (1/18). This is not at all unusual in the current system of fractional-reserve banking. The only sign that Laiki bank was already in deep trouble was not the reserve ratio, which was quite normal, but the extremely large debt of 10 billion Euros to the Central Bank and other banks. Without this life support received by the Central Bank, Laiki Bank would have collapsed much earlier. But the general point is valid for all banks under the current system, even the healthiest ones. For the customers, most deposits serve as money substitutes expected to be available on demand, whenever they need them. But for the banks, deposits are liabilities that serve to finance loans to customers and other assets, e.g. securities such as government bonds. Fractional-reserve banks are therefore, inherently insolvent. If all customers would demand their deposits back the same day, no bank could keep its promise, and it would be immediately destroyed by a bank run, unless it would be supplied with sufficient amounts of new money created by the Central Bank.

So why do all banks operate on fractional reserves, despite the dangers for their solvency inherent in this system? First of all, it is very profitable for the banks. Deposits, based on the customers’ illusion that all the money is available on demand, are much cheaper for the bank than explicit loans, such as bonds issued by the bank, because interest rates for deposits are much lower as a rule. This means higher profits for the bank’s shareholders, and higher salaries and boni for the bankers themselves. But even better, the system allows the banks to create money themselves. Fractional-reserve banking is, quite literally, a license to print money, with the peculiarity that the printing is done electronically in the bank’s books and account statements. With this possibility to create money, banks can give more loans to their customers and earn more interest on these loans. This means, again, even higher profits for the bank’s shareholders, and higher salaries and boni for the bankers themselves. The system is obviously very profitable for banks and bankers, but why do the state and its agencies, the Central Bank and the Financial Service Authority, tolerate it? They tolerate it because it generates easier credit for governments, businesses and consumers. And the state, as one of the greatest debtors, is one of the main beneficiaries of the almost unlimited credit expansion made possible by the system of fractional-reserve banking.

As a result of fractional-reserve banking, many customers, including the government, get more loans, the bank’s shareholders get higher profits, and the bankers get higher salaries and boni. Everybody seems to be happy, so what is the problem? First the increased money supply sooner or later generates inflation. This does not always show in the consumer price index measured by government statisticians. The additional money is always received by specific people, e.g. additional state employees hired before elections, and these people always spend this money on specific goods, services, or assets. A lot of the money generated by Central and Commercial Banks during the last years increased prices of assets, such as real estate, gold, shares, bonds, and even works of art, whereas the prices of basic consumer goods measured by government statisticians did not increase significantly.

There is a second serious problem with a credit expansion generated by fractional reserve-banking. Despite the additional money that makes many people feel richer, the real resources available for producing real products for investment and consumption have not increased to the same extent. Under normal conditions, free markets provide signals, in the form of interest rates and other prices that help entrepreneurs focus on investments that will produce in the future goods which will fulfill the most urgent needs of consumers. But with the easy credit and the artificially low interest rates created by Central Banks and commercial banks together, entrepreneurs will start even investment projects that would not be viable under normal conditions, and that will actually turn out non-viable once the credit expansion slows down and reality in the form of limited resources sets in. As a consequence, the artificial boom generated by credit expansion necessarily turns into a bust. The companies that were seduced into erroneous investment projects (called malinvestments by Austrian economists) start making losses, lowering employment,