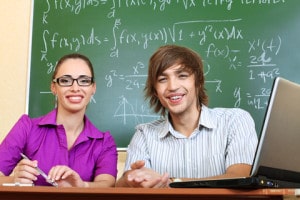 College tuitions continue to rise in excess of inflation. Student loans have doubled over the past seven years. Unemployment and underemployment among college graduates aged 22 to 27 stands at 45%. On Monday, President Obama signed an Executive Order expanding the 2010 “pay as you earn” (PAYE) program. In doing so, he made it clear that tuitions would continue to rise. With easier terms for borrowers, he has assured that loan volume would increase; however, terms will be easier, though not for taxpayers. And he did nothing to alleviate the employment situation.

What he did was to ensure college administrators that federal money would continue to flow, that taxes will continue to rise and that personal responsibility and thrift would not be part of students’ curricula.

While we must acknowledge the importance of a college education, we must also recognize that not everyone need go to college, nor is a college education necessary for a fulfilled and happy life. As many of today’s college graduates know, there are many jobs that don’t require knowledge of Chaucer or the Pythagorean Theorem. We should also keep in mind that while college costs have risen in excess of inflation, they have risen less than the Dow Jones Industrial Averages over the past 54 years. For example, tuition and fees at Harvard College cost $1,520 in 1960 and $42,292 in 2014 – a compounded increase of 6.3%. In the same period the total return to the S&P 500 has been about 8.5%. However, if Harvard’s tuition had risen in line with CPI (2.3%), today’s tuition would be $5,200 – such is the power of compounded returns, which are to our advantage when they reflect assets, but to our detriment when they represent liabilities.

The environment is tougher today. Starting salaries for college graduates have declined as a percent of tuition. In 1960, beginning salaries were about $4,000 – 70% above the cost of tuition. In 2013, they were about $45,000, or 6.5% above tuition costs. Life was simpler, and a moral sense was prevalent, including obligations toward debt incurred. Expectations for the future were more open-ended in those distant days. People expected their lives to be better than that of their parents. The world was at relative peace. The economy in the decade and a half since the end of World War II was strong, and the U.S. was the unquestionable leader of the free world. On the other hand, much of the Country was segregated and women were distinctly treated as second-class citizens, particularly in terms of the workplace. That period could be termed, “the calm before the storm.”

Today many of those factors are mirror images of what they once were. Young people have concern for the future. Many have the sense that they will not live as well as their parents, yet material possessions are m ore highly valued than they were. We have become more dependent and less self-reliant. Politically, we have become polarized. We are experiencing the slowest economic recovery in the post-War period. Our role as leader of the free world is being challenged in the Middle East and in Asia. On the other hand, we have made great strides from a social perspective. The question: is this the storm before the calm, or is what we are experiencing a prelude of worse to come? I don’t know, but I do know we can never assume, we must always prepare.

In that long-ago time, there were no student loans. Most college students were either enrolled because their parents could afford the tuition, or because they were on scholarship. A few, like me in my second two years in college (I had dropped out to work and to go into the army), were able to work and go to college simultaneously. The latter path seems unlikely today, given college costs and job opportunities. The concept for student loans was born around that time. Student loans have made it easier to go to college. And I don’t begrudge them. In 1960, 45% of high school graduates went to college. In 2013, 66% matriculated to college – and high school graduation rates have risen.

Thus, while I believe a student loan program is a good thing, it has had some unintended negative consequences. First, colleges and universities have taken advantage of the knowledge that the money will be there, so have raised prices and increased their cost structures. Second, readily available funds, at relatively low interest rates and easy terms, have proved tempting to many who have been lured with the false promise that the possession of a diploma was all that was needed to assure a future of riches. Third, an unhealthy symbiotic relationship developed among liberal elites in government and their partners at colleges and universities. It is what might be called “genteel cronyism.” Liberals in government would ensure that through student loans university coffers would be filled and their classrooms packed. In return, universities would support liberal programs in Congress, and most professors have become supporters of illiberal causes. The consequence has been that some students spend four years accomplishing very little, so graduate unprepared for the workplace; and we have professors and administrators with little concept of the world apart from their ivied halls. Fourth, attitudes toward debt have changed. There was a time when debt was considered morally corrupting – that one should save before purchasing anything, from a house to a car to a refrigerator. That was, obviously, too constricting. But today, the pendulum has swung too far, and we have become too casual toward debt. There is a sense among many that we are entitled to have what we cannot afford, whether it is a vacation, a Mercedes or an education.

The Senate on Wednesday voted not to move forward on an Elizabeth Warren-sponsored bill (and Obama endorsed): the Bank on Students Emergency Loan Refinancing Act. The bill would have allowed existing student debt, whether from private or federal funds, to be refinanced at today’s lower interest rates. On the surface that sounds fine; she noted as well that a GAO study estimated that the federal government is projected to make $66 billion on loans issued between 2007 and 2012. Why did she then feel the bill needed to be accompanied by another tax? Perhaps because of the refinancing, or maybe due to the fact that 30% federal student loans are in default, forbearance or deferment? The Act would have created a fund based on a “Buffett rule” tax on “millionaires and billionaires,” which “ensures that millionaires and billionaires pay their fair share in taxes.” (Ms. Warren’s populist words are divisive and unnecessarily inflammatory, and beg the question as to what is “their fair share.” In 2011, according the Tax Foundation, the top one percent earned 18.7% of all income and paid 35.1% of all taxes. How much is fair?)

I think everyone agrees that the rise in student debt to $1.2 trillion is a potential disaster. It is devastating for students, and unfair for taxpayers who will have to bail them out. But does the Presidents Executive Order address the causes? Or will persistent, easy availability of funds simply allow colleges and universities to increase prices and encourage students to take out even bigger loans? In most areas of commerce an abundance of capital chasing limited offerings causes prices to rise. Similarly, when something is cheap it gets scooped up.

Democrats have an instinctive (and politically savvy) desire to give things to people – financial aid, healthcare, welfare, generous retirement plans, easy access to citizenship, education – but they shy away from discussing the costs of their plans, other than to suggest the “rich” will pay for it. They leave it to Republicans to play the responsible adult. Unfortunately too many of the latter have been seduced by Washington. This attitude is diametrically opposed to what President Kennedy said in his Inaugural: “Ask not what your country can do for you, ask what you can do for your co
untry.”

The President, in signing the EO, was playing politics. He wasn’t righting a wrong. What he did was perfectly predictable of a man who is consumed more with reshaping America rather than with maintaining and improving her strengths and her character. Peace in the world depends on a strong America both at home and abroad, as has become so obvious in Iraq, vacated betimes by American troops to satisfy a political promise. At home, acts that increase an individual’s dependency and decrease their sense of responsibility weakens us as a people and as a nation, something we can ill-afford.

The views expressed on AustrianCenter.com are not necessarily those of the Austrian Economics Center.
<a href=https://www.austriancenter.com/author/hayek_admin/ title="P