Obama and the College Rating System 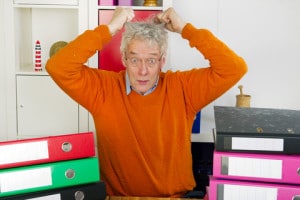 The arrogance of President Obama and his Administration know no bounds. A recent example being a comment by the director of the White House Policy Council, Cecelia Muñoz, as quoted in Monday’s New York Times. The article, “Colleges Rattled as Obama Seeks Rating System,” dealt with a rating system the Obama Administration is designing for the nation’s 7000 colleges and universities that receive a total of $150 billion each year in federal loans and grants.

The problems the Administration cited as an excuse for another government bureaucracy are real: tuitions are rising at rates that exceed inflation, graduation rates have been declining, student debt is a growing concern and the job market sucks. All of these problems have at their source the incompetent hand of government. Assigning another government bureaucracy to fix the problem is akin to putting the fox in charge of the henhouse.

The article in the Times mentioned that many college presidents have taken umbrage with the idea that Washington is dictating a mandate that directly affects them. The president of a Virginia university is quoted: “This is a take-it-or-leave-it approach.” Ms. Muñoz countered that Mr. Obama had no patience for anyone who attempted to block the effort. “This is happening,” is the way she so imperiously put it.

Ignoring any feelings of schadenfreude at the squirming of college presidents who otherwise are so blindly liberal, it is the chutzpah of those like Ms. Muñoz and Jamienne Studley that is so disconcerting. The latter, a deputy under-secretary at the Department of Education flippantly announced that rating colleges would be “like rating a blender,” a curious but telling analogy, as blenders produce a uniform product from a variety of sources, while a university expects to produce thousands of products, differentiated by hundreds of fields of studies. While we blame these supercilious remarks on the individuals making them, they reflect the Administration.

Easy availability of student loans has allowed colleges to raise prices at a more rapid rate than free markets would have permitted. Pressure to increase funding for qualified students from low-income families has meant that those who can pay full freight must pay more. It has meant that only those in the top one percent of incomes can afford to pay full tuition. Many colleges have become bloated with administrative staffs that have grown more quickly than instructional staffs.

The decline in graduation rates is, in part, related to the above problem. Students encumbered with debt have had to drop out. In addition, the desire to send everyone to college has meant that some have gone that never should have – some for only a good time and others because of a false promise that a degree automatically leads to financial success. (Keep in mind when reading of studies showing the earning power of college graduates that statistics look backward.)

Expansion in student debt can be attributed to the ease with which government allows students to incur debt, the low interest rates government charges, and the flexible repayment schedules they offer. Student loans, in many respects, are representative of a crony-like, incestuous relationship between government and universities.

The job market is terrible, but why? An $800 billion stimulus package did not even tickle, let alone stimulate. President Obama ignored the finding of the Simpson-Bowles Commission that he had established. The economy has been held hostage to politics, as is most visible in the refusal to okay the Keystone XL Pipeline. Regulation has become more intense and, with the tax code, has been used to impede, not promote, competition and economic growth. Instead, the Administration has been focused on redistribution, and “transforming” the nation’s healthcare system.

It is not as though prospective students have nowhere to turn when considering colleges and universities. U.S. News & World Report regularly rates them according to several criteria, including academics, culture, region and cost. Barron’s does an annual ranking. The “Princeton Review” looks at colleges according to financial aid and even has a sub-category for “green” colleges. The College Prowler is an on-line service that includes rankings according to comments and observations from over 140,000 students.

There is a conceit that too often proves fatal when intellectuals in government feel capable of central planning. One has only to look at societies that have incorporated such planning: the Soviet Union, before its collapse; China, prior to the move toward capitalism, Cuba and North Korea. Why should we expect the Obama Administration to provide a superior service? Look at our own recent history. In 2008, prior to the credit collapse, two quasi government organizations, Fannie Mae and Freddie Mac, dominated the mortgage market. With the encouragement of Congressmen like Representative Barney Frank and Senator Chris Dodd they seduced Americans into buying homes without regard to affordability. The VA hospital system was considered the standard on which Obamacare would build, but instead is proving to be a precursor of ineptitude and fraud. Government can provide guidance, but has little in the way of operational skills.

In Fatal Conceit: The Errors of Socialism (a book written with William Bartley), Friedrich Hayek wrote, “The curious task of economics is to demonstrate to men how little they really know about what they imagine they can design.” No matter how intelligent, no one man or woman can conceivably make decisions that encompass the collective wisdom of thousands of people making millions of decisions. That thought captures the essence of free market capitalism. It is why democracies and capitalism do not pretend to be able to draw up five-year plans with the certainty that an autocracy believes it can. That inability to control everything, which was so vividly demonstrated by Canute, is an object lesson in humility and in the wisdom of free people acting independently. “The more the state ‘plans’,” wrote Hayek, “the more difficult planning becomes for the individual.” Amen!

That same principle applies to the way in which people determine what college best suits their or their children’s needs. The last thing this country needs is a superfluous bureaucracy performing a function already being done perfectly well by the private sector. We do not need a patronizing Administration applying a one-size-fits-all standard for 7000 colleges and universities. Former Obama Homeland Security Secretary and now president of the University of California system, Janet Napolitano said last December that she is “deeply skeptical that there are criteria that can be developed that are in the end meaningful.”

Attempting to replicate what is already being done better than they possibly could is a sign of an arrogant and intrusive Administration with too much time on its hands.

The views expressed on AustrianCenter.com are not necessarily those of the Austrian Economics Center.
hayek_admin2019-01-14T06:17:42+01:00