This article was originally posted on BlackSummit Financial Group, INC.

By John E. Charalambakis.
In the summer months of 1944 World War II had taken a clear trajectory. The deadliest war period in human history was approaching its end. At that time the US was establishing not just its geopolitical power but also its geoeconomic power through the dominance of the dollar as the world’s reserve currency (Bretton Woods, July 1944).

During the forty four years after the fateful event of August 15, 1971 (when the US delinked the dollar from its gold anchor) the financial world has experienced its most violent period in terms of volatility and crises in its modern history (oil crises in the 1970s, stagflation, severe recessions, the proliferation of debts and of financial weapons of mass deception, commodity crises, national bankruptcies, the bursting of bubbles, to name just a few).

It seems that we have turned page and have been entering into a new era, where tides are turning and waves are being formed (see previous post, http://blacksummitfg.com/3142) whose outcome is still too early to call. Central-authority institutions have taken captive the market forces and that captivity has been creating a new class of market-makers a.k.a. Neo-Mamluks. The class of Mamluks were slaves-turned warriors/political rulers whose practices changed the Arab world for many centuries (today’s historians attribute the Arab Spring, which has turned out to be a very harsh Arab Winter, to the caste of Mamluks who established a deep state that has been suffocating the dynamism of the Middle East).

A deep state is one where the interlocking of central government forces along with vested business interests determines political and economic outcomes. Such interlocking directed at the expense of innovation and creativity, crowds out productivity gains (realized and unrealized) since it serves purposes other than the advancement of the general public’s well-being. When a deep state expands its territory (due to diminishing returns of its policies) then, the tide is turning, a new wave in formation initially generates volatility and then we have a new economic and financial state of affairs that may be unrecognizable. As those events take place, wealth and fortunes are destroyed, estates are wiped out, those whose vested interests are served experience astronomical returns (e.g. the billionaires in Russia as the State was unfolding and as they were grasping assets for a few cents on the dollar).

Welcome to the Neo-Mamluk State of global volatility, which these days is recognized through currency devaluations, commodity-prices suppression, and the pertinent rising uncertainty given that the whole system is nothing but an inverted pyramid unable to sustain the accumulated liabilities of fiat money. It only takes a few minutes to see what the combination of currency moves (realized and anticipated due to actions by central authorities) along with oil price declines has been doing to the currency markets and commodity prices (with implications for the overall prices) around the world.

As the figures below portray, emerging market currencies have been suffering. 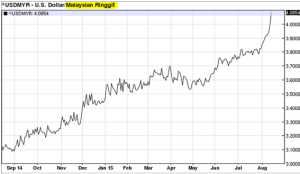 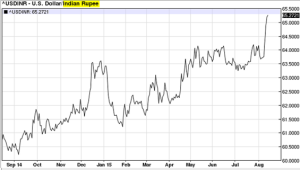 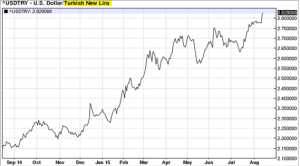 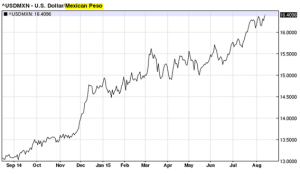 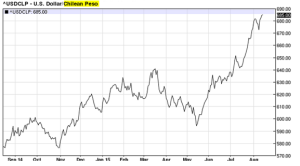 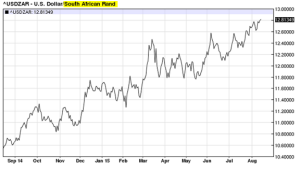 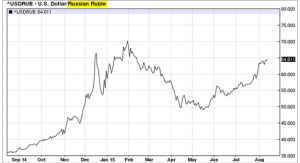 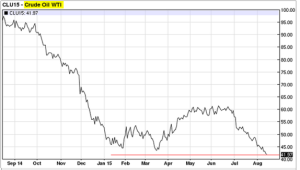 So whether we are talking about the Malaysian Ringgit, the Indonesian Rupee, the Turkish Lira, the Mexican or Chilean Peso, the S. African Rand, or the Russian Ruble, the situation is pretty much the same. Currency volatility feeds anxiety and reaction of the local Neo-Mamluk states. When currency prices are also seen through the lenses of oil price movements (see figure below), then we can recall the epochs of the 1970s, the 1980s, and the 1990s when dramatic movements in currencies and commodity prices unveiled the veil of financial arrogance that led to economic and financial disasters in all those recent decades. Of course, the outcome could hardly be different when someone neglects intrinsic values, fundamental macro-changes, the role of credit overextension that leads to capital misallocation, and advocates soft fiat money policies as a one-size fits all solution.

The global Neo-Mamluk state of financial affairs has been playing with fire, and as the number of fire trucks cannot catch up with the flames jumping left and right from the financial temple, one is left to wonder if inside that Neo-Mamluk temple Euripides’s Medea stands with a knife ready to sacrifice her kids for the sake of taking revenge on Jason (the one who dared to set out on a quest for the golden fleece). Maybe Cherubini’s manuscript from his monumental opera titled Medea is missing an aria in the final Act.