Oskar Mulej: “Social Justice” or “Justice for the Society”. A Hayek-inspired discussion on the problems of justice and welfare state 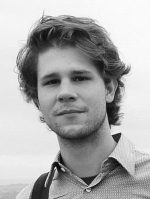 Oskar Mulej was born in Ljubljana, Slovenia in 1983. In 2009 graduated in history and philosophy (University of Ljubljana). Continued studies at Central European University (Budapest) earning the degree Master of Arts in Comparative History of Central, Eastern and Southeastern Europe in 2010. Currently enrolled at the Central European University as a PhD student in History. His research interests include (but are not limited to) late 19th, early 20th century political and intellectual history of Central Europe, especially in regard to the organized liberalism.

Abstract: The essay discusses and critically examines the relationship between the concepts of (social) justice and welfare state and the adjoining political agendas, thereby introducing and restating some of the major arguments of Friedrich August von Hayek. The central questions address the possible purposes of welfare state, the type of relationship these might have to justice and whether pursuing “social justice” may count among them or not. The author concludes that the idea of public welfare as such does not necessarily represent a problem for a free society, but rather its very common association with the goals of “social justice.”

Recension: The essay selected and published for the July issue tries to discredit “social justice” as illusory, while defending a minimal welfare state at the same time in order to “delineate a legitimate sphere of action for welfare state that might be treated as compatible with a free market order and rule of law”. Doing so, the author Oskar Mulej (Central European University) invites the reader to “argue jointly with Hayek that elimination of absolute poverty may represent a common interest and that assuring a minimum material standard under which no one should fall can be treated as part of the common good and thus a legitimate aim of government”.

The possibility of preventing the welfare state from growing beyond its limits is much debated among Hayekians and beyond. The author goes with those who hold this to be possible, admitting that “It must however be guaranteed that its more basic tasks of securing the existence of spontaneous processes by facilitating free competition and protecting citizens’ liberty and property not be hindered and that the government stays within the confines of its legally-defined limits”.