„Our answers are Europe´s future“

The most important European and US – Think Tanks will meet in Vienna this coming weekend. During the 10th European Resource Bank meeting experts will analyse the current political decisions of the European Union that led to greater regulations of markets, restrictions of individual freedom and new EU structures. Such decisions have nothing in common with the goals of a libertarian society. Libertarians advocate a society with a greatly reduced state.

„From the libertarian point of view, markets are able to regulate themselves without any government or super-national interference. But what are the risks and what are the chances?“, asks Dr. Barbara Kolm, host of this year´s Viennese congress and director of the Austrian Economics Center.

All distinguished representatives will debate the strategies and problems posed to the free European economies and how effective they are. „We are exspecting an extraordinary line up of speakers: Lesek Balceroviz and José Piñera, Herbert Oberhänsli and Matt Kibbe, Pierre Garello and Tom Miers“, Kolm continues.

While topics of the meeting in Vienna are wide-ranging, from issues of European economic integration to the financial and monetary crisis, Europe´s present situation is overshadowed by the significantly rising youth unemployment rate. Young people (under 25) are twice as likely to be unemployed as the adult population.

Adult unemployment experienced the effects of the crisis with some delay. As it looks now: unemployment rose first of all in Spain and in Greece – both countries are under the shock-treatment of the IMF (International Monetary Fund) and the European Union.

Youth unemployment has increased dramatically as a result of the crisis. At the end of April 5.6 million young people were unemployed in the EU-27, 3.6 million of them in  the Euro-area.

A lost generation of 14 million out-of-work and disengaged young Europeans is costing member states a total of €153bn a year – 1.2% of the EU’s gross domestic product – the largest study of the young unemployed (by the EU´s own research agency, called Eurofound) has concluded.

The report has discovered that Europeans aged 15 to 29 who are not in employment, education or training (known as Neets) have reached record levels and are costing the EU €3bn a week in state welfare and lost production.

„These facts are shocking and they are the consequences of the fiscal and debt crises Europe is facing in the moment. At the 10th European Resource Bank meeting in Vienna we will present the answers for Europe´s future and all Think Tanks will sign as well a common resolution,“ Kolm explains. „Five causes to support as a member of the European Parliament“.

Like each single year: European Resource Bank Meeting  provides  unparalleled networking opportunities for those within the European free-market and limited-government community. „My special thanks go to our sponsors. Without their support it would not be possible to host such event,“ Dr. Barbara Kolm says in her closing statement. 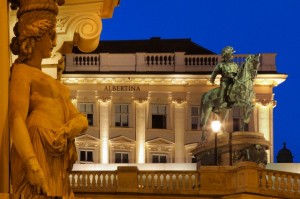 Milestones for an Open Europe: The 10th Annual European Resource Bank will be held this June 7-9 in Vienna and hosted by the Austrian Economics Center, a free market think tank in cooperation with the Friedrich A. v. Hayek Institut.

The views expressed on AustrianCenter.com are not necessarily those of the Austrian Economics Center.
hayek_admin2019-01-14T06:46:11+01:00