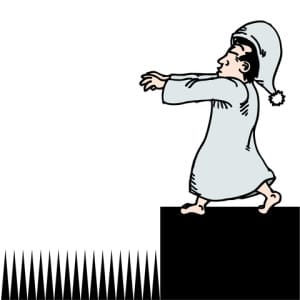 I always thought it would be difficult to imagine a period in which the West would be more adrift than the 1970s. Being a child at the time, I was spared consciousness of most of that miserable decade. Thus far, however, the second decade of the 2000s seems likely to give the 10 years that spawned Watergate, stagflation, the Carter presidency, the Oil Crisis, Idi Amin, the Baader-Meinhof Gang, Jim Jones, Pol Pot, the Red Brigades, and the Iranian Revolution (to name just a few of the star attractions) a serious run for its money as a byword for Western decline.

One everyday sign of this malaise is the fact that much of the West remains, as in the seventies, mired in what’s now called the Long Slump. And persistently unhealthy economies are usually symptomatic of an unwillingness to acknowledge deeper problems. Examples are most Western governments’ reluctance to accept that it’s game-over for the regulatory and welfare state as-we-knew-it, or to do something about the growing cancer of crony-capitalism.

Sometimes, however, an event occurs that highlights the more fundamental crises that bedevil a civilization. The rise of a movement as diabolical as ISIS, for instance, has surely underscored the bankruptcy of what might be called the sentimental humanitarian outlook that dominates so many contemporary shapers of the West’s cultural consensus.

Sentimental humanitarianism has several features. One is the mind-set that reduces evil to structural causes. “Man is born free; and everywhere he is in chains,” proclaimed Rousseau in his Du contrat social. From this, many concluded that evil would disappearif the right people were put in charge to change the structures.

Sentimental humanitarianism also assumes that all religions are more-or-less the same and, given the right conditions, will vacillate their way towards something as innocuous as today’s Church of England. But as a wise recently retired pope oncewrote, a major failure of imagination since the 1960s has been the disinclination to concede that there are “sick and distorted forms of religion.”

Outfits like ISIS — and Boko Haram, Nazism, and Communism — don’t, however, fit the sentimental humanitarian narrative. For such groups illustrate that not all of evil emanates from poor education, unjust structures, or the current fashionable explanation for all the world’s ills: inequality. In the end, the sick choice to behead someone — or kidnap people’s daughters, or incarcerate enemies-of-the-revolution in a Gulag, or herd Jews into gas chambers — is a free choice to do evil that can’t be explained away by the fact that others are wealthier than you.

The same groups also underline another truth that makes sentimental humanitarians uneasy: that some people and movements aren’t in fact amenable to “dialogue.” ISIS’s creed is submission: nothing more, nothing less. There’s nothing to discuss with ISIS except the terms of your surrender or degree of dhimmitude.

A third and even more controversial truth that upsets the sentimental humanitarian account of the world’s ills is that not all cultures are equally amenable to the values and institutions that promote freedom, dignity, and other goods intrinsic to human nature. At many universities these days, making such a claim is likely to mean you’ll be shipped off for diversity-sensitivity training. That, however, doesn’t make it any less true.

Consider, for example, the words of the Chaldean Catholic archbishop of Mosul whose flock has been murdered, robbed, raped, and scattered by ISIS. Speaking about the perpetrators to a Western audience, Archbishop Amel Shimoun Nona said, “Your values are not their values.” “Your liberal and democratic principles,” he added, “are worth nothing here.” In the face of such blunt remarks, your average sentimental humanitarian has little to say.

In fact, sentimental humanitarians invariably deal with such realities by ignoring them. Thus one ends up with situations such as the now-notorious Rotherham case in Britain: a situation in which authorities — out of fear of being labeled racist — failed to act in the face of over 1,400 young girls being sexually abused by men of Asian background over a sixteen-year period. When the town’s former MP was asked why he hadn’t addressed the matter, he admitted: “there was a culture of not wanting to rock the multicultural community boat, if I may put it like that. Perhaps yes, as a true Guardian reader, and liberal leftie, I suppose I didn’t want to raise that too hard.”

The naïveté of the sentimental humanitarian creed is partly traceable back to the Enlightenment faith in progress and the nineteenth-century conviction that everyone will eventually evolve into nice, inoffensive Western liberals. One would have thought World War I would have disabused us of such illusions. But another reason for sentimental humanitarianism’s persistence is that it feeds, parasite-like, off the West’s Christian heritage.

Orthodox (small “o”) Christianity has always taken evil deadly seriously. The Polish philosopher the late Leszek Kołakowski once wrote that original sin is one part of the Christian faith that you don’t need to be a believer to accept. Why? Because, he said, the evidence for its truth lies all around us. While Christianity’s core message is that evil and death have been conquered, it also affirms that people can still choose evil, even to the point of their own damnation.

By contrast, what might be called “liberal Christianity” involves the steady distortion of such beliefs. Sin, for instance, is exteriorized away from man’s free choices and actions (i.e., things that make us different from every other species). Instead wickedness is almost exclusively reduced to unjust structures, while goodness is narrowed to abolishing inequality, stopping global warming, and establishing eternal universal peace through the United Nations. Thus salvation is steadily reduced to a this-worldly focus on perfecting social structures, which, being human, can never be perfect.

From liberal Christianity, it’s just a short step to secularized versions of the same viewpoint. Indeed, that’s the logical endpoint of this Christian heresy. Here one’s reminded of the story of the rather progressive clergyman who, in response to a question concerning where his views substantially differed from the New York Times editorial line on any given issue, struggled to identify any major point of dissension.

For all their claims to be open-minded, sentimental humanitarians — secular or religious — are remarkably resistant to acknowledging certain realities associated with a fallible humanity and an imperfect world. That helps explain the open-mouthed incomprehension with which they view groups like ISIS, or, even worse, the tendency to make excuses for people like Marx who infamously wrote in 1849, “When our turn comes we shall not disguise our terrorism.”

The good news is that previous periods of Western decay, such as the aforementioned 1970s, are often followed by years in which we witness the emergence of people willing to speak the truth about such matters. Reagan, Solzhenitsyn, Thatcher and John Paul II did much to wake us up from the resignation and happy-talk with which much of the West treated Communism during the 1970s.

Leaders, of course, aren’t everything. The bad news today, however, is surely the near-absence of any Western leader (Australia’s Tony Abbott being a possible exception) in the public eye who’s prepared to depart from the sentimental humanitarian script to speak directly about the deeper reasons underlying, for instance, soft-despotism’s relentless creep throughout our economies, or even more seriously, radical jihadism’s growth outside and within our own borders.

The sad irony is that the longer we stay in a sentimental humanitarian-induced sleep about such things, the greater the possibility that the nightmares we dread will become real.