Passing a Law Won’t Get It Done 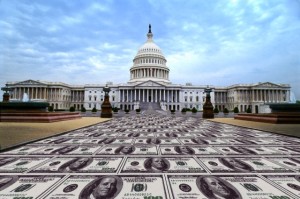 I’ve become so annoyed by prime-time demands by politicians for government intervention to solve this or that perceived social problem: low wages, inequality, lack of personal aspirations. One of my Facebook friends facetiously wrote, “Why not just pass a law making everyone good?”

My response has been to start telling my students that you can almost define economics as the science that explains why passing a law won’t get it done. But taking that statement seriously has made me question the value of a treasured example I’ve used for many years.

First of all, though, why won’t passing a law get it done?

“The Man of System”

Adam Smith explained that the market economy is so complex because it’s the result of countless ordinary people pursuing their own interests, under a “system of natural liberty.” With the right rules of the game, the pursuit of self-interest improves life for everyone, including the least well-off in society.

Smith, in his magnificent book The Theory of Moral Sentiments, contrasts a benevolent and public-spirited person who refrains from interfering in the affairs of others—“Though he should consider some of them as in some measure abusive, he will content himself with moderating, what he often cannot annihilate without great violence”—with a person who thinks he knows how society ought to work and who arrogantly forces that view onto others. Smith calls him “the man of system.”

The man of system . . . seems to imagine that he can arrange the different members of a great society with as much ease as the hand arranges the different pieces upon a chess-board. He does not consider that . . . in the great chess-board of human society, every single piece has a principle of motion of its own, altogether different from that which the legislature might chuse to impress upon it.

When the man of system ignores the inherent limits of his mind and the incentives of those he would command, his hubris will produce consequences at odds with his intentions.

Air bags provide just one example. Have government-mandated air bags actually made driving safer? According to at least one important study, they have not—and in fact the mandate seems to have done just the opposite.

Analyses of 1993 Virginia State Police accident reports indicate that air-bag-equipped cars tend to be driven more aggressively and that aggressiveness appears to offset the effect of the air bag for the driver and increases the risk of death to others.

Air bags lowered the cost of reckless driving (e.g., speeding and tailgating). Like any other fun activity, the lower its cost, other things equal, the more of it we’ll do. There are of course a host of other examples of good intentions getting bad results. Benjamin, Miller, and North’s Economics of Public Issues is full of them. (Their chapter on “Sex, Booze, and Drugs” is for some reason really popular among my students!)

Economics, then, teaches us why so many government mandates won’t get it done. But that brings me to my own cherished example that I’m now having to rethink. It also has to do with car safety, but from an earlier era.

Gordon Tullock is said to have commented on the advisability of seat belts in cars back in the 1960s. Instead of seat belts, Tullock argued that it would save more lives if the government ordered sharp daggers installed on all steering columns, 2 inches from the heart! He reasoned that it would dramatically reduce injuries by making people drive much more cautiously.

I’ve loved this example because it pointedly shows how you can apply sharp economic analysis to cut to the heart of a wide range of activities, including reckless driving. And it sticks with you. In the middle of my class last week, however, I realized that in light of Adam Smith’s penetrating rebuke of the man of system, the example may have thrust me in the wrong direction.

The man of system doesn’t realize that his interventions might go wrong, or he discounts the possibility. But in the same way, the Tullock mandate to install a steering-wheel dagger is just as likely to produce negative unintended consequences as seat belts and air bags have. While it’s hard to see how a dagger pointed at your heart wouldn’t make you drive slower, what clever work-arounds might you try? And you know we’ll try.

Some might replace the steel dagger with a rubber one. Indeed, a black market in fake steering-column daggers might arise. But that of course could worsen the problem because now some drivers will drive as recklessly as before, while law-abiding drivers will still have daggers aimed at their chests. There may be fewer accidents but more deaths than before.

Something like this probably happened right after the seat belt law passed, as people who did buckle up crashed into those who didn’t. But as we’ve seen, even with airbags that you can’t turn off, injuries may not decline.

I’m sure you could come up with other scenarios. But rest assured, clever and resourceful people will think of work-arounds that won’t occur to you. And when those solutions in turn produce unintended problems of their own, those problems will induce even more mandated “solutions.” And so on. Any mandated solution, no matter how clever or enlightened, would have to overcome this challenge.

So, the economist in me says that the Tullock steering column wouldn’t get it done, either. On the other hand, if the government were to ban brakes on cars . . . .

The views expressed on AustrianCenter.com are not necessarily those of the Austrian Economics Center.
hayek_admin2014-02-07T11:29:25+01:00