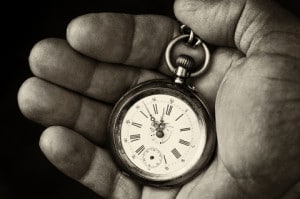 Dwelling too much on the past can make one myopic, but paying cursory attention is instructional. The juxtaposition of two articles in Monday’s New York Times gave pause. One dealt with the past; the other a hint of the future. The first was an article on page A4, “In Poland, Unearthing a Barbarous Past.” The second, an article on page A6, “Tensions Surge in Estonia amid a Russian Replay of Cold War Tactics.” Lessons to be drawn: technology may change, but people do not, and bad leaders take advantage of weakness, real or perceived.

The human remains pulled from the muddy clay around an old prison near Bialystok, Poland are anonymous victims of Nazis, Soviets and Soviet-directed Polish secret police. They are reminders that, as much as we may wish it otherwise, man has never lived peacefully. Whether the causes are economic, geographic or cultural, war has been and always will be ever-present. Nothing has happened in the past few decades to suggest that his behavior has changed. To assume that the Twenty-first Century will be absent the curse of inevitable conflict indicates a naïveté that is based more on hope than experience. That sense permeated Europe 100 years ago, in the early years of the Twentieth Century preceding the First World War.

Today’s complacency toward the ambitions of Vladimir Putin is based less on naïveté than on war weariness. For almost a decade and a half we have been at war with Islamic extremism. We are deluged with horrific images, often in real time. War is no longer something that happens “over there;” it is on television, in our kitchens and living rooms. We see the results of exploded IED devices and what a suicide bomber can do to school children. Postings of beheadings are viewed on YouTube. Images of water-boarding torture and the inhumane treatment of prisoners at Abu Ghraib Prison caused some of us to look upon ourselves as perpetrators of violence. The perfectly natural emotional reactions of people to the horrific consequences of war make it difficult for democracies to make the hard decisions necessary to defeat the evil we face.

Despite our first-hand experience of Islamic terrorism on 9/11 and the fact we were told that the ensuing war would be generational, we have difficulty staying the course. We have been emotionally spent. We all wanted to believe Mr. Obama when he told us that with Osama bin Laden dead the threat of al Qaeda and Islamic terrorism were in retreat.

Vladimir Putin, as a former KGB operative, is a student of human psychology; he saw an opening. He knows that, in places where there is no censorship, images of war can cause a strong country to respond weakly. He went unopposed into eastern Ukraine and is now testing the waters in Estonia, as the article in the New York Times made clear.

In 1992, following the collapse of the Soviet Union, Francis Fukuyama wrote The End of History and the Last Man. A year later, in Foreign Affairs, Samuel Huntington wrote an article, “The Clash of Civilizations?” Both men assumed that the age of ideology had ended (that Western democratic capitalism had won) and that wars in the future would be between civilizations, much as what we are experiencing today between Muslim extremists and the West.

The cauldron that is the Middle East is indeed a clash of civilizations, but Russia’s incursions into Ukraine suggest that ideological differences remain very much alive. Russia’s threatening moves along their Estonia border argue that the Baltic States (NATO allies) should be as concerned about Russian aggression as the Ukrainians, Georgians and Kazakhstanis.

In August, 1980, Republican Presidential candidate Ronald Reagan spoke before the Veterans of Foreign Wars Convention in Chicago:[1] “Firmness based on a strong defense capability is not provocative. But weakness can be provocative simply because it is tempting to a nation whose imperialist ambitions are virtually unlimited.”

World War II had many sires, not the least of which was World War I, which gave birth to Communism in the Soviet Union and created the conditions that led to Nazism and Fascism in Germany, Spain and Italy. France and Great Britain, drained by the human costs of the First World War, were unprepared for a second. It was a conscious (or unconscious) decision to ignore reality that allowed Hitler to re-arm, take the Sudetenland and absorb Austria without any reaction. The September 1939 invasion of Poland became the catalyst that got the Allies to respond, but by then the die had been cast. A question that has long troubled historians: If the Japanese had not attacked Pearl Harbor and if the Germans had not subsequently declared war on the United States, how long would it have been before the U.S. entered the War? Would they have done so? If they had not, it is plausible that Hitler would have dominated Europe for the next few decades and the future of that Continent would have unfolded in a very different way.

The past is prologue. Time has provided us better and faster means of communicating. The freer flow of goods, services and money has made us wealthier. But they have not civilized us. Greed and ambition are as prevalent in political leaders as they are in all other professions. Callousness of behavior and the disregard for the rule of law are as common today as they have ever been. Settling differences diplomatically is invariably preferable to war, but we must be conscious that there will be those who will always take advantage of weakness, real or perceived.

Civilizations will clash and ideologies will be in opposition. World events are determined by the behavior of people – how they act and react. Being unprepared, as Ronald Reagan said, is to be provocative. The human remains dug up in Bialystok are a reminder that the more quickly one confronts a bully the less will be the damage. Vladimir Putin is a bully; he wants to reassert Russia’s domination. The free world cannot afford to let that happen. We must be prepared.

The views expressed on AustrianCenter.com are not necessarily those of the Austrian Economics Center.
hayek_admin2019-01-14T06:12:36+01:00