The Past, Present, and Future of China: An Interview with Christopher Lingle

June 4, 2019, marks the 30th anniversary of the repression at the Tiananmen Square. Located in the center of Beijing, the square was the epicenter of protests led by students. In China, however, the events did not take the same turn as in the Soviet Union and its satellite states. The Communist regime not only managed to weather the storm but seems to be thriving nowadays. Following in the footsteps of figures like Stalin or Fidel Castro, Xi Jinping has set himself out to be “leader for life.”

We sat down with Christopher “Cris” Lingle to talk about Tiananmen, contemporary China, and what is next for the world’s second largest economy in the world. Cris is a Visiting Professor at the Universidad Francisco Marroquín in Guatemala and a regular speaker at the Free Market Road Show. He has spent most of his time in Asia for the last decades, and is the author of two books on Asia’s economy:  Singapore’s Authoritarian Capitalism: Asian Values, Free Market Illusions, and Political Dependency explains  the political economy of Singapore’s development, while The Rise and Decline of the ‘Asian Century’: False Starts on the Road to the ‘Global Millennium’ anticipated the turmoil in East Asian economies at the end of the 20th century. 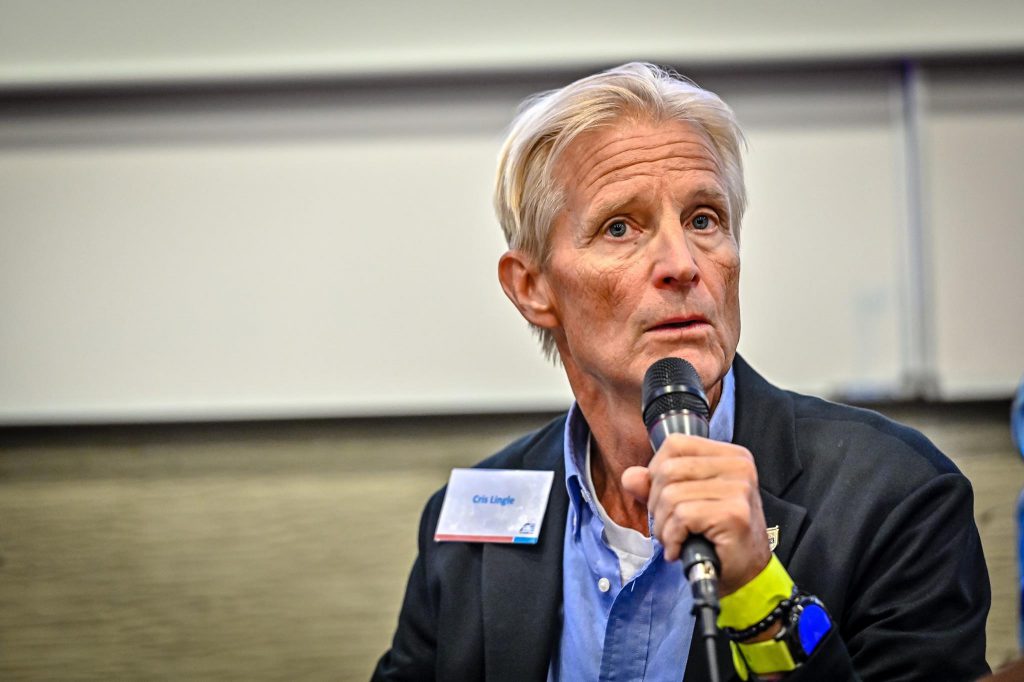 Federico Fernández: What happened in Tiananmen in June 1989?

Christopher Lingle: I was living in Shanghai in early 1987 when demonstrations there presaged what unfolded as the bloodletting in Tiananmen Square in 1989. In my estimation, the motivation for the earlier demonstrations were more-or-less the same as what followed.

It would be misleading to understand these events from the CNN version of events as a clamoring for democracy, per se. It turns out that the underlying grievance behind these demonstrations was a cri de coeur of workers and students for lost ground due to accelerating price inflation. Frustration built as the central authorities remained unwilling or unable to respond to their discontent to restore their lost purchasing power.

But just as is clear in the case of the Giles Jaunes in France that were initially mobilized as a tax revolt, other grievances can be appended as events develop and new actors are engaged. It is worth noting that an internal dispute led to the airbrushing of some powerful parts of the Chinese Communist Party (CCP) leadership. And the general of the People’s Liberation Army informed their civilian counterparts that their mission in the future must be limited to killing “running dog capitalists” rather than their own people.

How can the Tiananmen Massacre be understood in the context of Chinese repression under Communism?

The decision to commit to deadly force did not come readily or easily. In part, the leadership was caught unaware by the reactions against them. This was partly based on naïvete in believing their own propaganda of being loved by the people and partly based in a hubristic belief that they had everyone under control.

In the end, the repression and wanton use of violence reflected a justification based on Leninism (political control) rather than Communism (economic control).

30 years after, the Chinese government seems to have eradicated every trace of the Tiananmen spirit…

Of course, part of this disappearing sympathy for the victims is merely fading memory. However, a rising sense of triumphalist nationalism is also at play. But stoking nationalist sentiments is a strategic ploy to help Xi Jinping consolidate and hold power instead of an attempt to push Tiananmen down the memory rabbit hole.

What is your take on this new kind authoritarianism based on AI and social scoring?

China’s leadership has created a “Social Credit System” as a new means of social control and social engineering. Closed-circuit cameras beam data from every corner of urbanized China, less so in the remote provinces.

Tracing physical behavior is combined with financial data and spending to evaluate the worthiness of individual citizens to utilize public services.

An optimist can look to Hayek’s “knowledge problem” to imagine the overload of data with its subjective, dynamic value (and the sheer mass of data) might make the system ineffective.

I once heard you say that the Chinese government was weak, that is why it was a dictatorship. Can you elaborate?

Dictatorships tend to be very fragile since they seldom have deep support of the population. In turn, they must rely upon increased violence against even solitary individuals that would voice their opposition. Just as in the case of the fable The Emperor Has No Clothes, one voice can bring down a regime that previously looked invincible and permanent.

Are there demands on the part of the Chinese middle class for more political freedom or are they still comfortable with the status quo?

Consider the case of Singapore where one party (Peoples’ Action Party) has ruled since its independence. As long as citizens believe that their material comforts come from “wise decisions” made by the regime, they tend to be muted in their complaints and engage in “loyalty.” However, once it becomes evident that political power can be used arbitrarily against them or could be the basis of future instability, the middle class is likely to see “exit” as a preferred strategy in contrast to “voice,” which can invite ugly repercussions.

Chinese economic growth seems to be slowing down. Could this have negative consequences for the legitimacy of the government?

My liberal colleagues in China express great optimism that Trump’s trade war will expose the “internal and fatal contradictions” of Beijing’s economic policies and increase economic distress to the point that it would lead to the demise of the Chinese Communist Party. I suppose support for this idea can be seen in the fact that the motivation of the CCP in modernizing China’s economy was to maintain power.

China is a “pro-market” Communist dictatorship, India is the world’s largest democracy but with a clear (and constitutional) socialist leaning. In which of these countries would you invest in the long run?

Unfortunately, the cancer of socialism is part of India’s political DNA. Nehru embraced the intellectual fashion of his day that shapes part of the founding mythology of modern India. As such, policy debates in India tend to be clouded by ideology rather than pragmatism, making India a bad bet for economic reform.

Until Xi Jinping, policy debates in China were guided by pragmatism rather than ideology, leading to positive economic reform and high growth. I suspect the new regime will continue on its path to shove resources into loss-making state-owned enterprises in hopes of maintaining political stability that will make China a poor bet for the long term.

What do you think about the trade war between the US and China?

From a purely economic view, trade wars are internecine and to be avoided. However, from a Realpolitik view, where a rising power threatens stability associated with an established power, it might make sense to see trade policy from a geopolitical perspective.

Christopher Lingle is a Visiting Professor at the Universidad Francisco Marroquín in Guatemala and a regular speaker at the Free Market Road Show.

The questions were asked by:

Federico N. Fernández is President of Fundación Internacional Bases (Rosario, Argentina) and a Senior Fellow with the Austrian Economics Center.

The views expressed on AustrianCenter.com are not necessarily those of the Austrian Economics Center.
Trainee2019-06-05T12:21:52+02:00