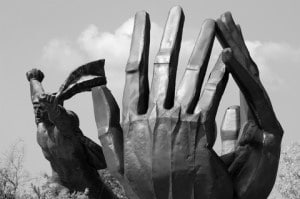 Thomas Piketty has intentionally given his latest book the title of Capital in the 21st Century,1 echoing that of Karl Marx’s Das Capital.2 It has caught the attention of American liberals as no other economic book since John Kenneth Galbraith’s historical effusions. Also, as anything the American left enthuses about is sure to be eagerly picked up by European socialists, Piketty is now all the rage this side of the Atlantic. Paul Krugman has helped with his fervid plug of the tome in the New York Review of Books,3 now reproduced by high circulation newspapers, such as Le Monde in Paris and El País in Madrid. The “Piketty tsunami”, as Martin Wolf of the Financial Times has called it, will not recede soon. The book is attractively written, with an abundance of historical and literary references that leaven its lengthy pages. Its very physical weight gives it authority. The statistical apparatus enshrined in its tables and graphs adorns it with a scientific aura. Its watered down Marxism chimes in well with egalitarians of all hues in the developed world. Despite some Piketty fatigue having set in, the book deserves serious examination as its arguments will be an essential part of the armory of left-leaning liberals and anti-market conservatives both in America and in Europe for a long time to come.

Continue to the Full Article…..

The views expressed on AustrianCenter.com are not necessarily those of the Austrian Economics Center.
hayek_admin2019-01-14T06:17:17+01:00