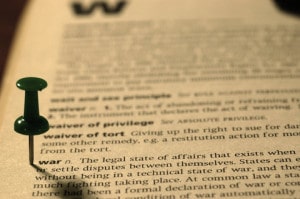 In an old joke, President Bush (it doesn’t matter which one) claims that the problem with the French is that they have no word for “entrepreneur.” I don’t know if that joke is supposed to be on the Bushes, the French, or both. I do know that readers of French economist Thomas Piketty’s new book Capital in the Twenty-First Century might be convinced that the joke is actually true.

Piketty’s opus is an economic tome 700 pages long. It purports to show that the central problem with capitalism is that return on investments automatically grows faster than the economy as a whole. If true, that phenomenon would allow a small group of investors to grab an ever-increasing share of the world’s wealth. Eventually, those economic overlords would essentially own everything. All the land. All the machines. All the opportunities to live a happy life.

In Piketty’s view, the only thing that has saved us from this fate so far is the wholesale destruction caused by a pair of world wars. If not for that silver lining in an otherwise very dark cloud, average people would already be little more than serfs, living at the pleasure of a filthy-rich leisure class that produces nothing.

Since its publication, Piketty’s book has received its share of praise and criticism. On the left, progressives believe Capital is the ultimate justification for their political program. Free-market economists, on the other hand, have questioned his data sources and methods. Pundits on both sides have debated his policy recommendation of a global wealth tax to leech away the riches’ ill-gotten gains.

Other commentators are better qualified than I am to judge the empirical quality of Piketty’s work.  I’d like to concentrate instead on his peculiar blind spot.

For a book about wealth, Piketty is shockingly incurious about where wealth comes from. In the first half of the book, the word “entrepreneur” is only used in the technical accounting sense of income earned by working for oneself. The idea that the entrepreneur takes risks and works hard to build new businesses is almost completely absent.

To Piketty, wealth is something that is inherited or something that one lucks into. People who receive income from investments aren’t frugal. They aren’t engaged in the socially useful activity of capital formation. They are not funding new businesses or shepherding new products to market.

In Piketty’s view, they are “rentiers,” a word that a French-speaking acquaintance tells me has unseemly, possibly even dirty, connotations. It implies that the rentier never lifts a finger. Like a Mafia Don, the rentier receives a cut of all the economic activity that occurs in his “territory” simple because he controls it.

As someone who has had his share of success and failure with investing, I can tell you that generating above-average returns for decades is not as easy as Piketty thinks. As famed tech investor Marc Andreesen noted in a recent interview, “The funny thing about Piketty is that he has a lot more faith in returns on invested capital than any professional investor I’ve ever met…. He assumes it’s really easy to put money in the market for 40 years or 80 years or 100 years and have it compound at these amazing rates. He never explains how that’s supposed to happen.”

About halfway through the book, Piketty admits that his depiction of the rentier might be a little harsh. He assures the reader that he uses the word only in a narrow, technical sense and means no insult by it.

But this admission comes after hundreds of pages discussing rentiers and would-be rentiers who are willing to lie, cheat, and even murder to keep or gain their coveted status. Piketty frequently turns to characters from Jane Austen and Honoré de Balzac novels to illustrate just how bad “rentiers” are. After that litany of capitalist villains, methinks the economist doth protest too much. An inattentive reader might miss Piketty’s disclaimer and come away thinking pitchforks and torches are in order.

Though his ideas of how productive capital works might be a bit off, there is one form of capital that does closely match Piketty’s expectation. That is political capital. Having powerful friends is the closest you’re likely to get to a risk-free, high-yield investment.

Take, for example, former U.S. Secretary of State Hillary Clinton. Clinton claims that when she and President Clinton left the White House in 2001, they were worse than “dead broke.” They were actually drowning in debt. Today, the Clintons enjoy a fortune estimated to be worth more than $100 million. From dead broke to the 1 percent of the 1 percent in 12 short years. That’s a rate of return that should make professor Piketty quake in his boots.

Far from fearing the returns on political power, Piketty sees it as the solution to our problems. He proposes the creation of a worldwide 80 percent annual wealth tax, with periodic extra assessments, to both tax away huge fortunes and fund government programs Piketty thinks are needed to reduce inequality. Enforcing this tax would require the equivalent of a global, financial NSA capable of tracking every economic transaction everywhere and a global police force to make sure no one dodges his or her obligations.

Piketty seems oblivious to the abuses inherent in such an organization.

That won’t stop progressives from trying, though. The amount of damage they are likely to inflict on the world might make the rest of us wish we were living in a Balzac novel.

The views expressed on AustrianCenter.com are not necessarily those of the Austrian Economics Center.
hayek_admin2019-01-14T06:13:58+01:00