Plot Holes in Fiction and in Life 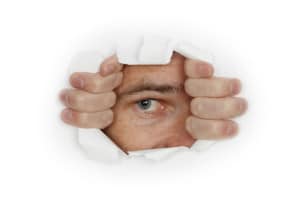 Fans of J.R.R. Tolkien’s trilogy The Lord of the Rings (LOTR) have long been aware of a possible plot hole. The central narrative concerns the hero, Frodo Baggins, who must destroy a powerful ring by walking through forbidding terrain and defeating or eluding monstrous foes and throwing the ring into a live volcano. The journey takes many months and costs Frodo and his companions dearly.

Over the years, many readers have noticed a much easier and less dangerous solution. Why, they ask, didn’t Frodo just have Gandalf ask his friends the mighty eagles to fly him swiftly over enemy territory so he could then simply toss the ring into the volcano? I’ve run across this post on Facebook a few times, which cleverly patches that hole with only a slight change in the narrative. (Others argue that there’s really no hole to patch because the “eagle solution” itself has flaws. And so the debate continues.)

Anyway, it occurred to me that the kind of social theory that I and many Austrian economists engage in could usefully be framed in terms of plot holes.

I’ll define a plot hole as a failure of logic, a factual mistake, or an obvious solution to a critical problem central to a story. (Here’s a slightly different definition from Wikipedia.) Of course, any particular plot hole may involve more than one of these errors of fact, logic, or perception, and there may be more kinds of plot holes than these. But here are examples of each of the ones I’ve mentioned. They come from movies, but some of them, such as the plot hole in Lord of the Rings, have literary counterparts.

factual hole: In the movie Independence Day, key characters survive a massive fireball by ducking into the open side-door of a tunnel just as the inferno blasts by. Anyone who knows about firestorms would tell you that the super-heated air alone would instantly kill anyone in that situation.

logical hole: In Citizen Kane, miserable Charles Foster Kane dies alone. How then does anyone know that his last word was “Rosebud”? Keep in mind that it’s a reporter’s search for the meaning of that word that drives the story forward.

perceptual hole: The LOTR problem mentioned above is an example of this. No one seems to realize that there may be a much safer and effective way to defeat the enemy.

I would think that one of the things that makes writing fiction difficult is that events and characters have to hang together. The writer needs always to keep in mind the rules of the universe she’s creating, to recall what her characters know and when they know it, and to make sure that these details all constrain every action and event.

Life is full of “plot holes”

In real life, we make mistakes all the time. I think it’s interesting that those mistakes appear to fit neatly into the three categories of plot holes I’ve identified.

factual hole/error: A person who doesn’t know the difference between liters and gallons buys a 100-liter barrel to hold 100 gallons of rainwater. No explanation necessary.

logical hole/error: Thinking that since you’ve made a string of bad investment decisions, your next decision is therefore more likely to be a good one. But it’s quite the contrary: If you’ve been consistently making bad decisions, it follows that if nothing else changes, your next decision will also be bad one. (See “gambler’s fallacy.”)

perceptual hole/error: Selling your car for $15,000 when, unbeknownst to you, you could have sold it for $20,000. The better deal simply escapes your notice and, if you were ever to learn about it, you would feel regret.

Here’s the difference though: In fiction, a writer can get away with any of these three plot holes as long as no reader sees it. Even if you do notice one, but you otherwise enjoy the story, you might be willing to overlook it. But in real life, you can’t ignore factual or logical plot holes. If you try to, they will come back and bite you. It will be painfully obvious that you can’t put 100 gallons of water into a 100-liter barrel. And if you bet on your next investment being a winner because you’ve just had a bunch of losers, it’s very likely that you’ll be disappointed. These kinds of holes you’re bound to discover.

I wrote about errors in an earlier column, but the distinction comes from my great teacher Israel Kirzner. He identifies a class of errors that derive from “overoptimism.” The more optimistic you are, the more likely it is that you’ll deliberately pass up solid opportunities for gain and thus the more likely it is that you’ll be disappointed. That’s not to say that optimism is a bad thing. If you weren’t optimistic and so never acted on that optimism, you’d never know if that optimism were warranted or not. You would never learn.

The other kind of error, what Kirzner calls “overpessimism,” happens when you’re so pessimistic that you unwittingly pass up a realizable opportunity. And because you don’t take chances, you don’t learn. This type of error is akin to a perceptual hole. Thinking you can only get $15,000 for your car means not selling to someone who would in fact pay more. Here, it’s not inevitable that you will discover your error because, after all, someone does buy your car (for $15,000). But you could have done better if you’d been more alert.

So errors of overpessimism, what I’m calling perceptual holes, are very different from factual and logical holes in that they are much harder to detect.

For many Austrian economists like me, economics, as a branch of a social theory, accepts as a datum that people are prone to make mistakes. But given the right rules of the game—private property, free association—they can discover those mistakes and correct them via an entrepreneurial-competitive process. Unlike plot holes in fiction writing, then, plot holes in living social systems are a feature, not a bug.

The views expressed on AustrianCenter.com are not necessarily those of the Austrian Economics Center.
hayek_admin2019-01-14T06:14:49+01:00