Polish Pensions Setback – A New Tragedy of The Commons 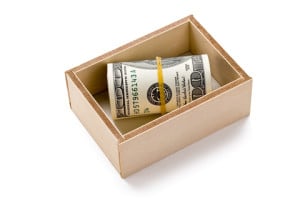 On February 3rd, Polish officials made effective a freshly baked bill under which, the executive seized around PLN 153bn (EUR 37bn) of privately run pension funds. In a nutshell, the sleek move will reduce sovereign debt by roughly 8% of GDP and will create the illusion of fiscal stability. But the Polish discretionary policy isn’t an outlier at all. This shortsighted paradigm—which aims at balancing the budget today at the expense of taxpayers tomorrow—is in fact a growing canon amongst pension archetypes around the world. Sadly in Europe, this trend has become a daily bread and herein lays the greatest threat.

According to the latest official data, Poles are touching the shoulders of the 55% debt-to-GDP legal limit, as shown in the graph below:

The solution? Warsaw Stock Exchange larger private investors—the open pension funds (OFEs)—have been required to hand in 51.5% of their accumulated assets to the government’s Social Security Institution (ZUS)—mostly in the form of treasury bonds and treasury bills. Once the pension reversal is complete, these treasuries will be substituted for promises of payment, a perfect example of creative accounting.

In the meantime, the 153bn in sound zlotys—i.e. in accumulated private savings—should place the sovereign debt cutback from around 56% of GDP to approx. 48%. That is, of course, provided that the newly confiscated money isn’t diverted to other channels of political usage.

But make no mistake; this one-time-only debt reduction has nothing to do with fiscal efficiency, little with social security, and a lot with funding short-run political objectives. What is worse, looting Polish citizens in exchange for unfunded promises will do a great disservice to next administrations’ liabilities—not to mention the growing burden on future generations who will vote with their feet and migrate to freer regions.

Moreover, a constitutional promise based on unfunded liabilities does not guarantee that citizens will get all the money they have been promised. When a company declares bankruptcy, creditors can do very little to collect back their funds. By the same token, when governments default on their debt, they can easily alter the pension transfers and leave current retirees collecting pennies on the dollar.

From a normative perspective, the new bill is unfair since it’s likely to infringe several constitutional provisions, such as the freedom for business activity and the protection of interests regarding existing activities. From a consequentialist stance, however, infringing any constitutional provision would be second order, had these reforms truly balanced the budget in the long run and brought about prosperity to the Polish society. But international experience demonstrates that the unexpected consequences of increasing the fiscal burden on future generations will outweigh the short run “benefits” enjoyed by public finance today.

More generally, any random nationalization of private savings is very destructive. These seizures put individual property in checkmate, reduce the overall confidence in the economy and hinder the key rotor of societal progress, i.e. entrepreneurial initiative. Even when the Polish overhaul did not alarm in excess the rating agencies, chances are that this stunt has already scared potential private investors and entrepreneurs. Let’s not forget that these funds helped boost the impressive performance of the Warsaw Stock Exchange in the past decade, but more importantly, it played a major role in financial deepening geared to all levels of society, specifically to all the micro entrepreneurs and start-ups who would not exist otherwise. As of today, this important capital is utterly gone to fund political ends.

But Poles are not alone. This coercive trend has already branched to the neighboring regions of the European Union, which proves the instability of any pension reform that include a pillar of individual capitalization if the ruling class isn’t constrained by the constitution against this—politically attractive—private capital.

If we really want a healthy solution, public finance should never draw on the accumulated savings of its citizens. Even when Political leaders might face high costs of transition, they ought to take up these challenges with responsibility, i.e. run a serious fiscal readjustment à la Chile. The transition costs—and any other fiscal burden stemming from a pension reform with a pillar of individual capitalization—need not be dissected as a fiscal Armageddon, but rather understood as the necessary investment to a sound tomorrow.

Unfortunately, the odds are against a sound solution. Public choice suggests—and the growing evidence from CEE countries and core Europe today demonstrates—that regardless of all the red flags that we are able to raise, the economic incentives faced by politicians to lay their hands on this sound pool of money make a common sense solution virtually impracticable. The short run profit from depleting these private pension accounts is a modern tragedy of the commons, only this time it stems from our political class and it hurts the taxpayer’s savings of a lifetime.

What is worse, the move toward a welfare leviathan is practically inevitable since it captures popular support today without having to pay for the externalities they cause. In the short run everybody’s happy, and in the long one—as some mastermind once said—those who profited from the scheme will all be dead! More for less is the new rule of thumb and everybody is playing the chum.

What started off in Argentina back in 2008, has found strong eco in Hungary in 2011, and it continues today in Poland, Bulgaria, Ireland, France, and so on and so forth, spilling over the accumulated savings of most pension schemes around the world. This tragedy goes to show that governments are champions in enforcing participation of their pension systems, but then fail to protect the rightfully accumulated savings of their people.

What is truly alarming is that Brussels has turned a deaf ear to this legal plunder—except when it boils down to enforcing more harmonization and “solidarity” from the poor taxpayer. So, the question is not who will be the next victim of this Soviet-style global contagion, but rather how can we avert the many more confiscations to come?