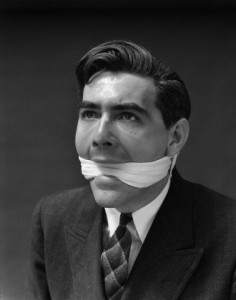 While I am not a particularly religious person, I do know that Christmas is first and foremost a religious holiday. Next to Easter, it is the most important holiday on the Christian calendar – marking, as it does, the birth of Jesus. Christmas Eve marks the last day of the four-week period of Advent. The word advent stems from the Latin “adventis,” meaning “impending arrival.” Following Christmas, the holiday stretches for 12 days, culminating with the feast of the Epiphany on January 6, which celebrates the arrival of the Three Kings to see the infant Jesus.

Just as Christians should be respectful of all other faiths (including those with no faith), Muslims, Jews, Hindus, Buddhists, Atheists and others should respect Christian beliefs. It does not mean others should share our beliefs, and we certainly should not impose our beliefs on those who believe differently. Tolerance is a good thing, but intolerance and (especially) tolerance of intolerance are wrong. The decision by a school in Kings Park, New York (a wealthy enclave on Long Island’s north shore in Suffolk County) to remove all religious references from a rendition of “Silent Night” as sung by fifth graders was a ridiculous example of offending the many to satisfy what a “politically correct” minority, in the form of town and school leaders, thought might offend a few. It was an absurd decision. “Silent Night” is a beautiful, iconic song, and it is religious: it celebrates the birth of Jesus. If the school chose not to have the fifth graders sing it, that would be fine, though it would deprive the students of one of Christianity’s great hymns. The pretension of celebrating the holiday, without actually doing so, makes a mockery of the meaning of Christmas, and it reflects poorly on the town and school leaders. “Silent Night” does not have the same meaning when words and phrases like “Holy infant,” “Christ the Savior” and “Jesus, Lord, at thy birth” are replaced. There is no reason that children should feel embarrassed about their religion. Once we start apologizing for our beliefs, where does it end?

Words matter. When we hide behind euphemisms, and the camouflage such words provide, we do more harm than good. English is a straight-forward language. With an estimated 1,000,000 words, English is the most verbally inclusive language in the world. We should be able to express ourselves clearly and avoid the confusion of what George Orwell called “newspeak” and “double think.” When we refer to acts of terrorism as “man-caused disasters,” we diminish the horror of the killings and dishonor the victims. When the President referred to the Fort Hood shootings as “work-place violence,” it misled the public about the rantings of Major Nidal Hasan who shouted “Allāhu Akbar” (God is great), as he shot and killed thirteen unarmed people. The victims of terrorism are war-dead and war-wounded. They should be treated as such. We become less vigilant, and therefore less safe, when terrorists and their terrorist-actions are given the cover of benevolent euphemisms.

Political correctness can be defined as the avoidance of expressions that are perceived to exclude, marginalize or insult specific groups of people. While we should always strive to be respectful of others, the perpetual use of politically correct words and phrases risks costing us our moral sense. Political correctness can assume different forms. It can be so ridiculous as to be humorous; it can be so disingenuous as to be deceptive, and it can be uttered with such naïveté as to prove dangerous.

When we see the word “manhole” replaced by “maintenance hole,” we are more amused than offended. The same is true for silly terms like “visually challenged,” for blind, or “dysfunctional family,” for a broken home. Mankind has become “humankind.” “Selective speech” sounds better than censorship, but it is the same thing. Such words and terms can also be deceptive, or disingenuous. The changing of the name of North America’s highest peak from McKinley to Denali, appealed to the Athabaskan Indians, but did a disservice to our 25 th President. And, of course, American Indians are no more; they are now “Native Americans.” The suggestion that the Washington Redskins should change their name to “Bravehearts” made controversial a name about which there had been no controversy. Come to think of it, where were the PC police when Elizabeth Warren claimed Cherokee heritage?

Most people no longer die when they stop breathing, they “pass away” – pass to where? No one knows. Barbara Walters must have heard a different Barack Obama than I did in 2008. A few days ago, she lamented: “We thought he was going to be the next Messiah!” Who was “we,” or was she using the personal pronoun in the royal sense? Even if she really felt he was an unusually good man, isn’t “Messiah” an unusual euphemism for a fallible man?

More important, politically correct language can be dangerous. Terrorists have been called “radicals” (BBC), “perpetrators” (New York Times), “militants” (Chicago Tribune), “Criminals” (The London Times) and “assailants” (National Public Radio) – everything but the terrorists they actually are. Such euphemisms are misleading. They serve to downplay the War on Terror. Since the early 1980s, we and our citizens abroad have been attacked multiple times with “man-caused disasters,” “violent extremism,” and “asymmetrical warfare.” We no longer have overseas combat operations, but “overseas contingency operations.” Try telling that to the families of the 6800 military personnel killed in Iraq and Afghanistan, or to the families of the 3000 civilians killed on 9/11 and the thousands killed by terrorists before and after that date.

The Christmas season is filled with such illustrations. Some towns are prohibited from exhibiting symbols of Christendom on the grounds they might offend non-Christians, or that they might violate the intent of the First Amendment in terms of the separation of church and state. The first words of the First Amendment don’t mention anything about “separation:” The first words of the First Amendment read: “Congress shall make no law respecting an establishment of religion , or prohibiting the free exercise thereof…” The Founders did not want to replicate the Church of England with a Church of the United States. They wanted people to be able to assemble and pray freely. Whose rights are being violated when Christmas trees become Holiday trees? Whose rights are being violated when nativity scenes are prohibited, when children are forbidden from acting out Christmas plays, or when Christmas carols are robbed of their proper lyrics?

It is true that Christmas has become commercialized. Seemingly forgotten amid the hustle and bustle, has been the religious meaning of the day. From the stampeding of stores on the day after Thanksgiving to last minute purchases on Christmas Eve, the airwaves and newspapers are filled with stories as to how much money consumers are spending this year versus last year. But, no matter the crassness, this period is also filled with joy and laughter. While wars have been fought over religion for centuries, and Christians and others are still persecuted, the inherent message of Christianity is one of peace, love and good-will, of justice, righteousness and forgiveness. These are attributes worth celebrating, not denying.

The fact that the world has never achieved the “peaceable commonwealth” is no reason to quit. Some quests have no end, as Stuart Little discovered: “As he peered ahead into the great land that stretched before him, the way seemed long. But the sky was bright, and he somehow felt he was headed in the right direction.” It is the search that is important and which must persist. There is no end
to history, nor is there an end to our journey.

Christians should persist in using words that invoke Christ at this time of year. A Christmas tree is not a “Holiday” tree. This is a “holiday season,” but it is a holiday season because of the celebration of Christ’s birth. “Merry Christmas” is a jubilant greeting, invoking images of joy and wonder. There is no reason to avoid its usage, or to whisper “Merry Christmas” shyly because of shame, or surreptitiously for fear the ‘thought police’ might whisk you off to prison. As a nation and as individuals, and as long as we are respectful, we are far better served with honesty and straight-talk, rather than hiding behind a facade of political correctness.