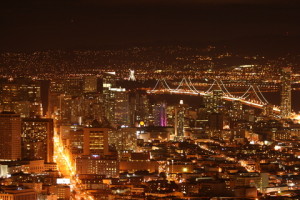 In the mid 1960s – around the time I was married and beginning to have children – the counterculture movement moved into high gear. Almost from the first battle at la Drang Valley in the Central Highlands in late 1965, the Vietnam War divided the country. A few anti-war protestors became as violent as those they were protesting against. Civil Rights and Women’s Rights were in full swing.

The “pill” was in common usage. Through the haze of marijuana, amid the sniffing of cocaine and dropping of acid, free love made its entrance. Woodstock symbolized that time.

Women threw away their bras, as a right of passage, failing to anticipate that a later passage into middle age would require those undergarments for comfort’s sake.

What, I wonder, would former hippies, those who were then young, free-thinking and living in communes and places like Haight Ashbury, feel about Berkley’s requirement that students today give up their sexual freedom? On whose side would Mario Savio appear? Before engaging in any sexual activity, like kissing, necking or something more intimate, California’s new law says that consent must be agreed to in advance.

Consent can “come in the form of a smile, a nod or a verbal ‘yes,’ as long as it is unambiguous, enthusiastic and ongoing” – a statement that itself is ambiguous. The Bill goes on: “A lack of protest or resistance does not mean consent, nor does silence mean consent.” So much for what we remember of “no’s” morphing into “yes’s,” as petting got heavier! Would a text message be more definitive? Exactly how far will the party of the first part allow the party of the second part to go, before the party of the first part cries out: “This is sexual harassment!”

California Bill SB 967 was passed by the legislature and signed into law by Governor Jerry Brown on September 29th. Berkley defines sexual consent (generally aimed at women) as agreeing to three ‘pillars’: “Knowing exactly what I am agreeing to; expressing my intent to participate; deciding freely and voluntarily to participate.” Formal consent must be received at each step, or it must have been decided in advance, which puts a damper on the instinctual nature of love making. Just imagine Cary Grant and Ingrid Bergman in “Indiscreet:” As Ms. Bergman falls passionately into Mr. Grant’s arms, he suddenly remembers, so asks, “Have you signed your consent forms?” If she, panting, answers “Yes,” Mr. Grant would then be required to ask, “Are doing this of your own free will?” I suspect the movie would lose some of its spontaneity, even if Ms. Bergman retorted, “Look, Stupid, just get on with it!”

The law is asinine, intrusive and impossible to enforce. How, for example, does one prove that “verbal consent” was given? Does the law apply to gays or transgenders? The law is typical of government whose propensity is to address symptoms, rather than causes. The Bill ignores human nature and the natural inclination of young people to experiment. Keep in mind, experimentation, by definition, implies a desire to learn.

Nevertheless, there is a problem. We are told that the number of rape attacks has increased. Most go unreported and when they are, victims too often become victimized by authorities. If, as claimed, there are more campus rape cases, it is likely for one of two reasons – or perhaps for both. Women today are more likely to report crimes of this nature, which is a good thing. And such attacks reflect declines in mutual respect, which is a bad thing. Political correctness promotes erroneous reactions toward multiculturalism; thus bears some responsibility. The p.c. police argue it is wrong to impose our moral standards on others. Such mushy thinking ignores the reality of a universal code of ethical conduct – that all people, regardless of gender, religion, nationality or heritage should be treated with respect. These are the unwritten laws that allow people of different faiths and cultures to live peacefully among one another. To some these rules seem dated, which they are. But their relevance is eternal in true multicultural societies. They are what allow us to live civilly among people of different faiths and cultures.

But, when our culture revels in songs like Meghan Trainor’s Billboard number one, “All About That Bass,” which says that the most important thing for teenage girls is that boys think you’re sexy, should we be surprised that rape has increased? With Berkley making available myriad means of birth control and offering abortion clinics, is there not a smidgeon of hypocrisy in this whole affair? The state and our culture promote the means then deny the consequences.

Unfortunately there is no way to protect our young against every bad person or every unfortunate circumstance they will encounter. When I look at my grandchildren, I know that there will be times when their hearts will be broken and they will be devastated emotionally. I recognize that growing up means they will likely be bullied, teased, or harassed. I just hope they do not become the predators. When I see their innocent, trusting young faces, it is heart wrenching to know that their lives will unfold in such a way that not every day will be perfect.

But I also know that if every child adhered to a moral code of behavior, that if he or she learned right from wrong from their parents, or early in their school years, there would be less hurt in the world. “Selfies” symbolize our age, which is one of fixation on the self – that it is all about me. Rules of behavior, so often condemned by the politically correct, demand a subsuming of the self to the community. We will never eliminate all sexual predators, but with proper moral and ethical training their numbers should be reduced.

California Bill SB 967 reflects an ignorant arrogance that government can solve all our problems. That they cannot do, but government should help promote codes of behavior that are common to all civil cultures: respect, decency, honesty, tolerance (though not of the intolerant) and ethical behavior. These traits should be instilled by families, and should be part of the curriculum of our public schools. These characteristics are not the exclusive property of any one religion or culture. They are universal. They are based on the concept that civil behavior allows individuals to live in communities, instead of as hermits.

The Bill is just dumb; worse, it suggests an unawareness of human behavior. It is difficult for a group badly in need of a moral compass to legislate values. No wonder our youth are confused.

The views expressed on AustrianCenter.com are not necessarily those of the Austrian Economics Center.
hayek_admin2019-01-14T06:10:09+01:00