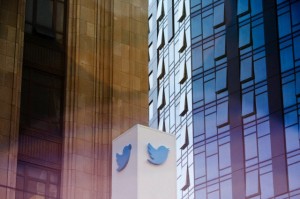 Having just finished Willa Cather’s evocative novel, Death Comes to the Archbishop, I have been thinking of how much the world has changed, not just in the past ten years, but over the past two hundred years, since the start of the industrial revolution.

Cather’s principal character Jean Marie Latour is loosely based on Jean Lamy who was sent by the Catholic Church to Santa Fe in 1850 from France to establish an episcopacy in what was U.S. territory acquired from Mexico following the Mexican War of 1846-48. Lamy served as Bishop and then Archbishop for 32 years, from 1853 to 1885. In reading Cather’s novel, I was struck by the great distances Latour had to travel – 60 miles to Albuquerque, 135 miles to Taos, 500 miles to Tucson and 700 miles to San Antonio. He traveled the 1400 miles to Mexico   City to assume his responsibilities. And he traveled by mule, at least during his first two decades. By the time he died, railroads had arrived.

Traveling great distances, either alone or with one or two companions, provided a lot of time for thinking, something our current world rarely allows. Very few people would want to return to a time when it took two or three days to travel by mule between Santa Fe and Albuquerque, but the condensing of distances, which reduces the opportunity for reflection, may lead to ill-considered, spontaneous comments, the consequences of which may prove embarrassing.

A Twitter account fits neatly into a world suffering from attention deficit hyperactivity disorder (ADHD). An article a year ago in the New York Times noted that there had been a 41% increase in the diagnosis of ADHD over the past decade. It is unclear, from what I have read, as to why the increase. Some suggest that a greater awareness of the symptom has increased the number of diagnoses. A few cynics blame it on the drug companies who sell chemicals designed to combat ADHD. Others argue that parents bear responsibility. They have become so focused on getting their children into the right college that they keep them involved in continuous activities. And some say that a proliferation of instant communication devices and apps are responsible. Whether Twitter, Facebook, YouTube, Gmail and Flickr are causes or consequences of ADHD, tweeting provides a perfect outlet.

A Kansas State University study referenced by Lucy Kellaway in Tuesday’s Financial Times noted that that the average U.S. employee spends 60-80% of his or her work time online doing things unrelated to their job. We cyberloaf. We have become, according to one pundit, “mentally obese.”

As a marketing tool, tweets make sense. For anyone who relies on fame for their livelihood, such as entertainers, authors, artists and bloggers, self-promotion is easier because of tweeting. It is understandable that Twitter accounts are used by retailers to send ads directly to consumers – much like instant-messaging or e-mail, but faster and more focused. Most Twitter accounts – and there are 241 million of them according to Twitter’s recent results – are used to pass on what I would call drivel, mindless information, like what kind of café latté one is drinking at Starbucks, or what one is preparing for dinner. There is a sense of paranoia among many of the young, of being isolated from friends and acquaintances. Being constantly connected drives these people.

It is understandable why Ellen DeGeneres uses Twitter, but I find it odd and disconcerting that politicians like President Obama do. People don’t take seriously tweets from Ms. DeGeneres, but they do from Mr. Obama. In fact pundits and columnists will dissect all 140 characters each time he tweets. They look for hidden meanings in the words. If there is a slip, like “…you can keep your doctor…” or “…not a smidgeon of corruption…,” it will be around the internet before he can put his i-Phone back in his pocket.

It is revealing of our culture to look at who has the most Twitter followers. Pop singer Katy Perry tops the list with just over 50 million. Just behind her is Justin Bieber with 49 million. Virtually tied for third are President Obama and Lady Gaga. Mr. Obama stands alone amidst this group of singer-entertainers. The rest of the top ten include Taylor Swift, Britney Spears, Rihanna, Justin Timberlake and the like. Mr. Obama’s Twitter account is actually handled by his principal political action committee, Organization for Action. Indicative as to how well they have played this game, the only other politicians with more than a million followers are Arnold Schwarzenegger with 2.9 million and Sarah Palin with just over a million. Fidel Castro, with 430 thousand followers, has almost twice as many as Vice President Joe Biden.

In thinking of the celebrity status provided Barack Obama, the George W. Bush years – less than six years in the past – seem as dated as the Eisenhower era. One of my sons recently signed on as a follower of President Obama and then tried to do the same with former President Bush, but no such person was found.

One of the more telling contrasts that speaks volumes about the age in which we live is seeing a video tweet from Britain’s Prime Minister David Cameron. It shows him posed in a butcher shop, picking up lamb chops, as he will, he says, “be cooking dinner for my mum tonight.” Compare that attempt by an Oxbridge toff to appear normal, to ex-Prime Minister Margaret Thatcher’s refusal to jump for a Swedish interviewer in 1995. Jumping, according to interviewer Stina Dabrowski, makes one appear normal. Mrs. Thatcher says there is no reason to “appear” normal, when she already is. Mrs. Thatcher said she does not want to lose the respect of the people who have respected her for years. (The interview can be seen by Googling Thatcher and “don’t want to jump.” It is worth viewing, if nothing more than to understand why a woman of her character, integrity and intelligence is so sorely missed in this era of celebrities.) Margaret Thatcher retains her dignity, while David Cameron comes across looking exactly like a toff pretending to be something he is not. He looks like an idiot. She looks like a Prime Minister.

Like selfies, tweets encompass a strong narcissistic streak, something understandable when used for commercial purposes, but unseemly when substituted for political discourse. When asked about her posing for selfies with Barack Obama and David Cameron, Danish Prime Minister Helle Thorning-Schmidt remarked she was a serious person, but enjoyed having fun. That’s fair, but public figures largely lose their right to privacy when they assume official positions. The repercussions of actions that would be deemed harmless for private citizens can have unintended consequences when taken by public figures.

We will never return to the age of sail, long train rides, or the riding of mules across vast and empty deserts, but politicians (and all of us) need time for reflection. Tweets are more than a distraction; they convey, when used by politicians, an absence of seriousness regarding a world that requires thoughtful and serious leaders.

The views expressed on AustrianCenter.com are not necessarily those of the Austrian Economics Center.
hayek_admin2014-02-12T13:34:28+01:00