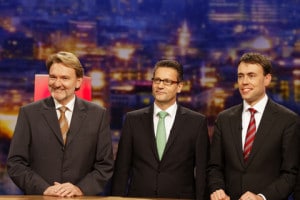 Populist political leaders disparage the few in order to win over the many. It is a “divide to conquer” strategy that relies on emotional appeal, rather than rational debate. Such leaders surround themselves with sycophants, rather than a “team of rivals.” They make promises without regard as to how they might be fulfilled, and blatantly lie about their opponents. While they claim to speak for the masses, their concern is for themselves. They are interested in the here and now. The past and the future have no relevance.

Populists are always the most dangerous politicians. In giving things rather than in guiding legislation, they insinuate themselves into the hearts and minds of susceptible voters. Every dictator, whether from the Left or the Right, has had his or her roots in populism. We can look at Lenin and Stalin who strove for equality, in a classless society, but on the way killed or murdered perhaps 40 million people. We can consider Hitler who, in the name of creating a perfect society, murdered six million Jews. Mao Tse-tung did the same thing in China. A few bankers may be greedy and some corporate leaders may be corrupt, but every major campaign against human life has been led by government and almost always under the pretense of fairness and equality.

Inequality has become the banner for today’s populists and “fairness” is their goal. Gillian Tett, writing in last weekend’s Financial Times, noted that media reference to inequality is six times higher this month than in 2005 or 2010. The term “inequality” is expressed simplistically, with little thought as to its causes, or to history. It is generally thought of in terms of financial outcomes. Too little attention is paid to the far more important issue of opportunities. Outcomes are a function of intelligence, diligence, hard work, aspiration and luck. No matter how we measure it, life is not fair, nor can it ever be. Why did my sister die of cancer at the age of 58 and not me? Why have some of my friends become enormously wealthy and not me? Why have my children proved such a blessing, yet those of some my friends been such a burden? Why was I born in this great country when billions of less fortunate were born impoverished in places like Somalia, Haiti or Afghanistan? Innumerable questions, such as these, can be asked with no satisfactory answers.

Yet, the fact that there are no good answers does not mean the questions should not be asked. Like Stuart Little, the quest is important. We should always seek ways, individually, of improving our lives, as well as helping those around us. But we should not be blinded with the expectation that Nirvana will be found. It is the promise of Utopia that drives the Populist, even as we know from history that Utopia is likely to become Dystopia. Ask those who lived in Hitler’s Germany, in Eastern Europe before the Wall came down, in China during the Cultural Revolution, or lovers of freedom today in North Korea, Cuba, Syria, or myriad other countries.

The answer to resolving inequality lies not in promises of Arcadia, but in education, a focus on equality of opportunity, and less government in our lives. It requires a state that provides basic freedoms, a state that recognizes that its powers are limited and a society that functions under the rule of law. It demands respect for private property. These are all elements essential for civil society and economic success. It means forgoing dependency, especially on government, and becoming personally responsible for one’s actions. It means understanding that effort and results are related, and that there is nothing so valuable as freedom.

Dependency on government is an inhibitor to equality, as it is destructive to aspiration, a vital ingredient to success. It is through success that the bulwarks of inequality are breached. Similarly, affirmative action, at this time and in this country, deprives the recipient of a personal sense of accomplishment, a trait fundamental to self-confidence.

Advocates for equality of outcomes got a boost recently from French economist Thomas Piketty’s book, Capital in the Twenty-First Century. He suggests that we are living in a new Gilded Age where a few people have recently accumulated enormous wealth. Professor Piketty predicts that this concentration of wealth will slow economic growth for a century. His answer to what he sees as the obstruction of concentrated wealth is confiscatory – a global wealth tax. Paul Krugman, writing in Friday’s New York Times, suggests that conservatives are “at a loss for coherent arguments” against Professor’s Piketty’s thesis. Krugman’s allegation is absurd. His dismissive attitude toward those on the Right reminds me of advice my father once gave: never argue with a fool, for a passerby will be unable to tell who the fool is.

David Brooks, in a dueling column on the same day in the same paper as Krugman, noted that historically that best way to reduce inequality is to help lift those at the bottom, rather than squashing those at the top. We should also not forget that we already have a very progressive tax system. The top 1% of earners in the U.S. pay 35% of all taxes, compared to 19% of all taxes paid by the same group in 1980. The top 10% pay 71% of all taxes. Almost half of all American workers pay no federal income tax. How much more money should the federal government squeeze out of our most productive citizens, and for what purpose?

But the biggest problem with a wealth tax is that wealth would move. The concept of a universal global wealth tax is a dream – some country, or more likely dozens of countries, would offer safe harbor to the very wealthy. Wealth is fungible. It can be easily moved. Buildings cannot, but borrowings against assets could. Regardless, real estate values would decline; investments would not be made. Corporations would suffer. Unemployment would rise. A global wealth tax would ensure a world-wide economic slowdown. Warren Buffett and others like him have given much of their wealth away to myriad charities; though, the IRS is never a beneficiary. It would appear that Mr. Buffett, despite statements to the contrary, believes that foundations such as the one Bill and Melinda Gates established will be better stewards of his money than the federal government?

There is no question that we are living through a period that could be considered a Gilded Age. There has been a concentrated accumulation of enormous wealth. But historically such wealth is not uncommon when the world is going through an economic revolution – a sea change. The same thing happened in the late 19th and very early 20th Centuries when oil, steel, railroads, merchandising, automobiles, utilities, farm and mining equipment created enormous family wealth. The same thing has happened now with the advent of the internet and communication revolutions, and the explosion of hedge and private equity funds. The gap between rich and poor was far greater during that earlier time than today. Even so, much of that wealth was given away. Consider what Andrew Carnegie did for public libraries, or other families, like the Rockefellers, Fords and Bessemers did for hospitals, universities and museums. Would these great institutions have been erected if the money had been left to government bureaucrats? The same thing is happening today, with billions of dollars being contributed to myriad eleemosynary organizations.

But back to today’s populism: Divisive politics, pitting one group against another, may win elections, but does little to promote the kind of economic growth needed to mitigate those differences. Government has a role in addressing concerns of the poor, the sick and the elderly. But we should never forget that skills, work ethics and desires are never equal. An attempt to address outcomes will inevitably put liberty at risk.

When those like Thomas Piketty complain that wealth is more unequally distributed in the U.S. than elsewhere, he overlooks what happens in dictatorial regimes – those place where government has assumed ever increasing responsibilities – and where wealth is confiscated. It is not merchants, bankers or industrialists who get rich in those countries, it is the political leadership. Ayatollah Ali Khamenei of Iran is estimated to be worth $90 billion. Vladimir Putin’s wealth is put at $40 to $70 billion. Kim Jong-un is said to be worth $5 billion, Fidel and Raul Castro at $1.3 billion. Xi Jin ping, China’s new President, has a net worth said to be in the “hundreds of millions,” according to London’s Telegraph. Even Laurent Lamothe, Prime Minister of Haiti, is estimated to have a net worth of $175 million, but then he is only 42 years old and has only recently assumed the position. Such wealth accruing to U.S. politicians, whether while in office or afterwards, should send chills up the spines of freedom-loving Americans.

The concept of democracy is relatively new in the scheme of human history, going back only 227 years to the election of George Washington. (Historian may argue that democracy first appeared more than 2400 years ago in the Greek Republic, but its ultimate failure is only a reminder of democracy’s fragility.) Keep in mind, while there are some in our society who are greedy and others who for reasons of skill, hard work, or luck live lives with far more material goods than most of us, the only real threat to our freedom is a government that decides it knows better than its people, one in which property rights are no longer sacrosanct.

Politicians who believe that the elimination of inequality justifies the confiscation of private property are frightening. Their goal is personal power, not the idealistic populism they espouse. Their interests are at odds with all who value freedom and who see equality of opportunity as the real promise

The views expressed on AustrianCenter.com are not necessarily those of the Austrian Economics Center.
hayek_admin2014-04-29T11:48:51+02:00