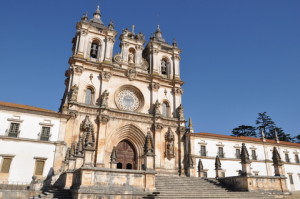 Will Portugal become Europe’s new India? This danger seems to be ward off, since Portugal is about to return to the financial markets. The ECB has helped to make this happen with dubious means, however.

As soon as economists take out their calculation- pencil, everything seems logical and obvious. They are capable of showing us exactly why it was that Portugal could experience any economic growth at all during the 90’s: Unprecedented indebtedness. Growth financed by loans, without any sustainable and necessary reforms – this was bound to retaliate.

Growth had not been too magnificent either: Up to the millennium Portugal’s economy had grown by 1,1 per cent annually on average, while wages have virtually exploded in the same timeframe – by 38 per cent. This has had negative effects on the Portuguese trade balance, which had been at around minus 10 per cent of GDP throughout those years. By this means no country can attain a balanced budget, even if everything is undertaken to bring the domestic finances under control.

The way towards the recession was pre-programmed, the financial- and debt-crisis has only accelerated the economic descent. In 2010 the new debt added up to 9,3% of GDP, the entire public debt was at 93% of GDP (160,4 billion Euro).

When prime minister José Socrates put on the financial brakes, he had already lost all of his political capital, had sacrificed it to his reform- driven course so to speak. PEC IV (Programa de Estabilidade e Crescimento 2011-2014), his fourth austerity program within one year, was designed to push new borrowing under the Maastricht- criterion of 3% by 2013. But PEC IV could not achieve parliamentary majority anymore. After Socrates’ demission new elections were held, which saw the liberal-conservative Partido Social Democrata (PSD) as their winner. Pedro Passos Coelho, who has already survived half a dozen no-confidence motions since his victory, emerged as the new prime minister. A true political survivor.

The Troika composed of the European Union, the European Central Bank and the International Monetary Fund (IMF) had promised the south- European crisis- country 78 billion Euro altogether in emergency- credits in May of 2011. In return the government in Lisbon agreed to a rigid saving- and reform-program: Now PEC IV had to be implemented, and namely at all cost.

Three days later 2,5 million Portuguese, thus one quarter of the population, live below the official poverty-line. Around 300.000 unemployed (of 5,5 million employable people in the total population) have left Portugal. The political opposition, labour unions and intellectuals lament a nationwide impoverishment. The bare-knuckle austerity programs have changed the whole country and destroyed its middle class. There are simply no perspectives in Portugal. Many people are convinced that even their dignity has been sacrificed for the austerity programmes.

The legal pension age has been increased to 66 years, the average pension is only at around 350 Euros, 80% of all pensioners receive less than the minimum wage. The unemployment rate has risen to over 18 per cent, youth unemployment is at around 35%. Job offers come chiefly from booming Angola, which is 6000km remote, unfortunately. But the high crime rate as well as the presence of yellow fever keep many job seekers from moving to the former Portuguese colony.

There is still some hope, nevertheless. At least that is what economists, who interpret the official statistics, claim. Portugal’s economy is growing again, even though the government debt has already reached 129 per cent of GDP and the new debt is at around 4 per cent of GDP. In the World Bank’s Doing Business Report Portugal ranks on 31st place. (Greece ranks 72nd)

Last years’ reforms are beginning to bear fruit. First and foremost, the reward for this are increasing exports. The exporting of goods and services was at around 28 per cent of GDP three years ago, in the meantime it has risen to 41 per cent, with the trend pointing further upwards.

It is no wonder that Portugal, prior to the EU- elections, was treated as a success- story concerning the rescue of the Euro. When Portugal returned to the capital markets after years of absence, the hymns of praise of European finance ministers were unmistakeable. The first public auction since the appeal for help to the EU (in April of 2011) yielded 750 million Euros to the Portuguese treasury.

Europe’s reformers are rejoicing. The crisis of the Euro is more and more reducible to Greece alone. Ireland and Spain have already left the Euro rescue fund. Next summer the help program ESM (European Stability Mechanism), as well as the one of the International Monetary fund, will expire. At this point Portugal shall be able to stand on its own feet again, without any help or an extended borrowing limit granted by the ESM. It is of course more than questionable if this plan will work out, however.

What made possible Portugal’s return to the financial markets is being concealed carefully. The reason it is to be found in a 12-sided document titled “ECB/2014/10”.

It constitutes a change in directive for the European Central Bank, which secures that Portuguese bonds will be accepted as collateral prospectively by the central bank. Ultimately the ECB usually only accepts bonds with a certain minimal rating, which has not been fulfilled by Portuguese bonds for a very long time. Thus it would be impossible for Portugal to fund its budget with private money sources. But thanks to the small, but pretty significant modification, the necessary degree of creditworthiness is rendered inoperative for countries in the ESM rescue plan. This way even Portuguese bonds can be sold pretty easily. As soon as Portugal leaves the ESM- program later this year that special arrangement will be dropped and the hour of truth will finally strike.

No matter how the current return to the financial markets came about and what future effects this will have, from the standpoint of the Portuguese every little revitalization of the economy constitutes a Pyrrhic victory, which they will not be able to forget over the course of their lifetimes.
_____________________________
Article originally written in German. Translated by Roland Fritz.

The views expressed on AustrianCenter.com are not necessarily those of the Austrian Economics Center.
hayek_admin2019-01-14T06:16:16+01:00