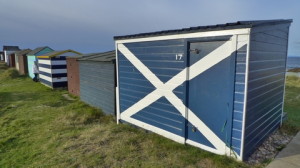 This Thursday (September 18th), the people of Scotland are called to choose between going alone as an independent state or staying under the umbrella of Britain and the United Kingdom. The pro-independence camp (that advocates a yes vote in the referendum) claims that going alone would mean that the people of Scotland would be better off because they will enjoy more democracy coupled with autonomy and national identity that comes with higher standards of living due to the oil revenues and less burdens arising from Britain’s debt level. The camp that advocates a no vote claims that Scotland would be much worse off, because the uncertainties that arise from the breakup of the union cannot be easily calculated. Moreover, they claim that Scotland will lose a 307-year old umbrella that is responsible for its well-being. An independent Scotland would be a major blow to Britain, possibly as big as the 1922 birth of the Irish Free State. Even worse, if the independence movement wins, it could signal the devolution of the EU itself, as explained below.

In this brief, I will neither discuss the specific economic argument of each side, nor will I endeavor into the issues related to setting up a new monetary system, a welfare system (given the Scottish statist culture), a federal bureaucracy, an army, or other institutional arrangements that could generate by themselves inefficiencies which would in turn reduce productivity and growth potential. Rather, I would focus on four probable things, namely: nationalism vs. nationhood; the consequences for England; the devolutionary effects on the EU; and the potential market trajectory based on this historic vote.

First, a brief comment on nationalism vs. decentralized nationhood. It is the thesis of this brief that the strength of a nation relies on its plurality of distinct histories and identities of people who learn to live, work, and enjoy life together, especially if such a union has deep historical roots. That diversity makes the polis and the polity of it not only stronger but more viable in terms of competitiveness, productivity, and ability to withstand adversity. The historical union then is not a chain but rather a liberating force that allows each distinct group to celebrate its unique character and destiny within the unity of purpose and direction. This is the essence of nationhood. Nationalism on the other hand blocks the arteries of a people with prejudice, ethnic hatred, and intolerance, and leads the collective heart of the people into cardiac arrest and a stroke from which it will take many years to recover from (if ever). In a simple sentence we could state that the moment a people choose nationalism over nationhood they betray themselves and the seeds of Enlightenment that has produced the marvelous fruits of liberty. Of course, a nationhood where decisions are centralized could be as dangerous as one where nationalism reigns supreme. Therefore, decentralized nationhood is an optimal choice people should strive for.

On the wider EU front, which is tormented by similar separatist movements in Spain, Italy, and Belgium, the vote for independence would mean that those secessionist movements would be strengthened and would demand similar referendums on independence. It would probably be very difficult to deny such demands after the vote in Scotland and the probable path would be an internal devolution within those states that would have wider implications for the unity and cohesiveness of the EU. Moreover, when we consider – as explained in this paragraph – the immediate effects on England and the EU, then we could easily conclude that the improbable Scottish choice (as of a couple of months ago) might lead to a deterministic path for England and the EU. If the independence camp wins, it would be very difficult for Prime Minister Cameron to stay in his position. Political turmoil within the Tories (British Conservatives) would reduce the government into a lame-duck status until May’s elections. Negotiating the terms of the breakup would be as unproductive as anything in Britain’s history over the course of the last thirty years. Most probably Labor will win the May elections, putting the Scottish businesses that desire to migrate to London between a rock and a hard place. As the labor government tries to implement the terms of separation, it will find herself isolated given that its majority would depend on Scottish MPs who will soon be expelled from the British Parliament! (Of the 59 MPs that Scotland has in the British Parliament, 58 belong to the Labor Party). That contradiction by itself is self-defeating for a Labor government. It implies political and economic instability in England, forcing the government towards premature elections that would be unwinnable for the Labor Party since the Scottish MPs would no longer be there for the Labor Party. However, by that time, the turmoil within England would be such that it may have no other choice but leave the EU. Welcome to the devolution of the EU.

What would the consequences be for the markets then? It is my opinion that if the independence movement wins in Scotland, initially the markets would go into a correction mode given also the other geopolitical risks from Eastern Europe to the Middle East and Africa. However, such correction might be short-lived. The determination for easy money, liquidity, and the self-blindness of bureaucrats who ignore causes and focus on symptoms will come back and within a few weeks the markets will be at higher levels continuing to treat the brain tumor as a simple headache.

The views expressed on AustrianCenter.com are not necessarily those of the Austrian Economics Center.
hayek_admin2019-01-14T06:13:52+01:00