Reforms in the Great Wall of Steroids: Assessing the Global Impact 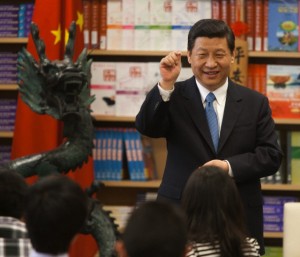 Two days ago the third plenum of the Chinese eighteenth central committee meeting ended and all indications point to an historic event. Third plenums tend to consolidate power for the Chinese leader and produce significant economic and political changes. It was in such a meeting in 1978 that Deng Xiaoping started his reforms that changed China to the point that income per person has increased by almost 2900% since 1978. When details are released from this last conclave, I expect to see momentous decisions that will affect China and the globe for many years to come. If such decisions have been made and are matched by equally momentous decisions in the west, then we may have a chance of postponing (maybe even avoiding) the perfect storm that I have been writing about and expect to be unleashed in two-three years.

In September 2010 we advocated in our newsletter that China reminds us of a great wall of steroids due to bubbles that have been formed in the real estate, infrastructure, and municipal sectors (among others), which in combination with the unprecedented amount of credit unleashed and the zero cash-flow projects that this credit extension has supported, may undermine the whole concept of China’s rise.

It has been contemplated that two kinds of reforms were decided in the third plenum that just ended, namely: land reforms and financial reforms. (Others were hoping for reforms in state-owned enterprises, but the official communiqué issued after the plenum seems to exclude any reforms in the SOEs). It is a fact that Chinese surplus cheap labor is becoming a thing of the past. Demographic challenges will be upon China not too long from now. State-owned enterprises (SOEs) and their pertinent vaults may be used as a venue for funding those demographic challenges. It is a fact that SOEs are inefficient and in some cases resemble a black hole that just absorbs credit.

Mr. Xi (the new Chinese leader) talked about a “profound revolution” before the plenum started. The Chinese aspire to see their currency (renmimbi a.k.a. yuan) play a greater role in global trade and finance. I anticipate that the financial reforms and price liberalization reforms hinted in the official communiqué will involve a gradual and partial liberalization of interest rates, capital flows, utilities, and the exchange rate. These gradual liberalizations will be used as the prelude to the efforts of making the renmimbi a convertible international currency.

However, the most important reforms that the plenum signified are related to land reforms in the rural parts of the country. My anticipation is that those reforms may resemble the reforms that President Lula implemented in Brazil, which become one of the cornerstones of the Brazilian economic growth in the first decade of this century. Specifically, I anticipate that poor farmers will be given the title/deed of the properties they administer which in turn will become their collateral for business development, credit issuance, and higher consumption levels.

More than 650 million Chinese live in rural areas. They are poor and do not enjoy the standards of living of their fellow-citizens who live in urban areas. At the same time Chinese municipalities face significant fiscal challenges. The inability of those municipalities to raise revenues will partially be addressed through the anticipated land reforms and the corresponding property taxes. The land reforms will allow a wealth creation mechanism that will revitalize the real estate sector in non-urban areas. The privatization of urban real estate in the last 15 years has created a real middle class in China, which along with the export machinery became the locomotive of economic growth. The implementation of the same strategy in rural China holds the promise of converting at least 300 million rural Chinese into a middle class in the next decade. The land reforms will boost overall consumption and will divert the economy from its unhealthy reliance on capital investments, which at 40%+ of the GDP not only is it unsustainable but also dangerous.

The anticipated land reforms along with price-related reforms will create new markets and new markets bring with them opportunities to unlock values, create capital and wealth, and allow the marvelous wind of risk taking to become a force of entrepreneurial activity which liberates market participants from the fear of economic hopelessness.

In conclusion, I would say that the planned reforms if implemented swiftly and properly could partially alleviate some of the main Chinese challenges and buy time for China (time that must be used wisely in order to address the declining multi-factor productivity issues as well as the declining returns on assets of the SOEs). If simultaneously the west implements proper monetary, institutional, generational accounting, and fiscal reforms, then the combined effect could advance the global markets for a number of years to come. 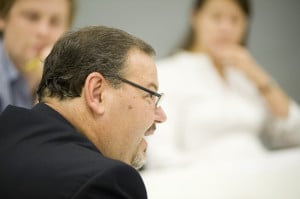 John E. Charalambakis is the Chief Economist for the Blacksummit Financial Group Inc., in the United States. He has studied economics and finance in Greece, the U.S., and the United Kingdom. He has consulted with numerous organizations, corporations, non-Profit groups, as well as government entities in several countries.

Dr. Charalambakis has been teaching economics and finance in the US for the last twenty years. Currently he teaches economics at the Patterson School of Diplomacy & International Commerce at the University of Kentucky. He is the recipient of many awards, the author and editor of three books and of numerous articles, has served on corporate boards, has appeared on economic and financial TV shows, and is a frequent conference and seminar speaker. Recently he assisted the Congressional Financial Crisis Inquiry Commission (FCIC) in their research regarding the causes of the financial crisis.

Dr. Charalambakis interests are in the area of international financial markets, forecasting, asset allocation, and the development of viable policies that advanced economic wellbei