Regulation of Lodging by the Market Process 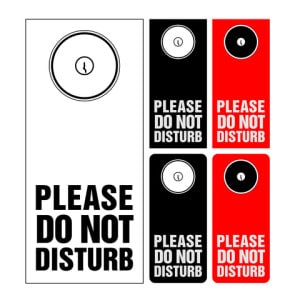 Does the lodging industry need government regulation? I don’t think so, and I’m more convinced than before after listening to a fascinating EconTalk conversation between host Russ Roberts and Nathan Blecharczyk, a founder of the lodging service Airbnb.

To a large extent, your trust system and the reviews that you generate on both sides of the transaction are the regulators. Right? So, the guest that came before me is the person who inspected the property for me. So in some sense the technology and the way it brings people together is a substitute for regulation.

I think Roberts is almost exactly correct here. The regulator of housing quality in today’s world is best understood not as a person or agency but as a process. First, the customers rate the properties; then, Airbnb posts the customers’ ratings; and then, both Airbnb’s prospective customers and other property owners react to that information. Property owners who would like to rent their properties via Airbnb are effectively forced to meet the standards upheld by the other properties offered, in order to win customers. That process of judgment, communication, and reaction is not “a substitute for regulation,” as Roberts says; it is a substitute for government regulation. It is a superior kind of regulation, provided by the market process.

Here are some of the ways in which it is superior:

Airbnb’s collection and publication of customer ratings is something that every other hotel, motel, and lodging house is free to imitate. This freedom eliminates the rationale for government regulation of lodging services.

That rationale is based on “market failure” due to imperfect information. In the standard story, we need government regulation because lodging is not a repeat-purchase item, so the market fails to give consumers information on which to judge its quality before using it. Hence consumers might be taken advantage of, so they need government to regulate quality. Maybe that argument had some merit in days past—I’m doubtful—but it surely has no merit now. The quality of Airbnb offerings is as closely regulated as I can imagine it being.

Now that real-time customer ratings over the Internet are easy, governments should stop regulating hotels. The market process does that better than governments can.

The views expressed on AustrianCenter.com are not necessarily those of the Austrian Economics Center.
hayek_admin2019-01-14T06:13:24+01:00