Rise of the Libertarians 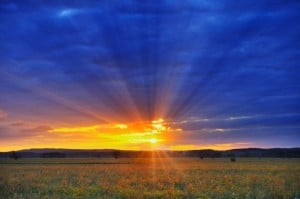 A lot of people are messing with libertarianism. We get it. If you see an alternative worldview gaining currency as your own is starting to lose out: attack, attack, attack. Strategically, it’s probably smart.

When Jane Mayer wrote that sloppy hit piece for The New Yorker against the Brothers Koch a few years back, it was way more strategic than personal: These are the folks who give money to organizations that don’t agree with you about lots of things. If you want to weaken those groups, villainize the funders by any means necessary to make their donations toxic.

Well played. The bigger problem for progressives, however, is that libertarianism has grown far larger than any billionaire’s money. So you have to do still more to kill the movement. At the very least that means using heaping helpings of intellectual dishonesty. Can you swiftboat a movement?

In a recent New York Times piece profiling Rand Paul, Sam Tanenhaus and Jim Rutenberg write that libertarians are a bunch of “antitax activists and war protestors, John Birch Society members, and a smatter of truthers who suspect the government’s hand in the 2001 terrorist attacks.” Why would the Times not instead describe folks like Times columnist Tyler Cowen, Nobel Laureate Vernon Smith, Whole Foods CEO John Mackey, or investor Peter Thiel? That’s not part of the narrative.

Let’s get to the heart of the matter: Progressives are afraid. Just when they seized the ring, their power is ebbing. Outlets have to make libertarian voodoo dolls so they act as pricks. But why is libertarianism gaining so much traction? What is the true source of the prog media’s fear?

2. Progressivism is the status quo. Stranger still, leftish progressivism has been part of the status quo for so long, what at one time seemed forward-thinking now seems positively quaint. I can see Rachel Maddow standing out by the Hoover Dam begging us to go back to the ineffectual make-work programs of the 1930s. The world isn’t really about “things” anymore. In other words, in the peer-to-peer age, you really want to try to solve the world’s problems with the blunt instrument of government power? Dirigisme? How gauche. Government has been flogging that old mule for centuries now: Taxes, subsidies, and mandates. Lather, rinse, repeat. Is that all you got? It sort of inverts the terms “liberal” and “conservative” when you think about it. Progressives don’t want change; they want the same old things that don’t work. And when people listen to libertarians, they learn why. (Hint: libertarians actually understand economics.)

3. Libertarianism is a powerful vision. If the technocrat’s dream was a man standing on the moon, the libertarian’s dream is of a peaceful, prosperous city-state (perhaps on the sea) built after bright, creative, and conscientious people. That’s because ours is a philosophy of peaceful cooperation, real community, and lateral relationships. Indeed, it is only through cooperation, community, and lateral relationships that free people get things done. Technocrats look around at the world and feel that society—and especially the economy—is like a rocket they have to launch and keep fixing in flight. But you have to have the right people at mission control, they believe. You have to have the right technicians designing this thing. But society is not like a rocket at all. It’s like a coral reef, which rises up from the ocean floor thanks to billions of interactions none of which anyone planned. Ordinary people are starting to grok that.

4. Partisan politics is dying. The kids today are growing up (a) in an era of high-tech decentralization, and (b) in an era where electoral politics is being exposed as one big charade. They’re becoming increasingly disaffected with the back-biting, name-calling, cronyism, and bureaucratic bungling that is the nature of this particular beast we call politics. And politics is the primary means for both conservatives and progressives. While partisans sit around and pontificate, young people are exercising their freedom and making the world a better place through massive open-source networks. This is the essence of opt-out culture. Millennials, having grown up on the Web, are not really into centralization, and thus not into politics. It’s much easier for them to imagine a world in which you choose from thousands of “apps” (emergent communities) than a world in which every couple of years you wait in line for ages to send your prayers up to get one of two crummy apps—only to have them both suck. Libertarianism is the antidote to this failed democratic operating system (DOS).

5. Libertarianism is not conservatism. It’s easier to pick on conservatism. It appears quaint, less cosmopolitan. It’s a worldview that seems headed over a demographic cliff. Zealous concern for so-called “family values” falls flat for younger people who have become far more tolerant of different sorts of family arrangements, lifestyles, and social norms. While libertarians tend to be far more socially tolerant, libertarianism is adaptable because it’s primarily a political doctrine—which is to say it makes room for all sorts of personal moralities. You can be a family-values conservative and still be libertarian. You might not choose alternative lifestyles for yourself, but you’re unwilling to have others thrown into jail for choosing those lifestyles. And this libertarian tolerance is a welcome shelter from the false dichotomy propped up by the puritans of political correctness and by Fox News viewers looking to flare up the culture wars.

6. Progressivism’s cracks have finally been exposed. Progressives will urge that Obama is not the change they hoped for. But the Affordable Care Act should have been progressivism’s shining moment. Of course, it was anything but. First the president lies to the population, then joins his party in forcing Americans to swallow the bitter pill of Obamacare. He then unleashes the technocrats and gives contracts to his crony buddies to create a $500 million non-functioning Web site (and that’s just the start of the crony bonanza). The president then assures everyone that the wasted resources, high premiums, and diminished options are for the greater good. People start to get wise to it. Progressivism’s cracks are exposed. Add the failure of Cash for Clunkers, the failure of Solyndra, all the bailouts of banking cartels, and the “rescue” of the auto manufacturers and unions. The list goes on and on. The more progressive technocrats try to do, the more they botch it. Of course, something similar can be said about all the faith-based initiatives of the Republican years: you know, like the creation of the TSA, the War in Iraq, “stimulus” packages, and all manner of pork barrel projects. Progressive purists will try to argue that all of this has been a series of pragmatic patches to a failing system. For America to truly be great, they say, Republicans must not be so “obstructionist.” But President Obama, with his pen and his phone, has seized dictatorial power. Apparently, the ends justify the means. This is the foundation of progressive ideology. And it’s failing.

7. Libertarianism is real communitarianism. Libertarianism actually provides a superstructure for community. The problem with communitarianism is that it never shed its dependence on centralization and state power. Real community is built from the bottom up by people with overlapping interests, concerns, and needs. It is not the product of the imaginings of communitarian philosophers like Michael Sandel, nor of the grand designs of urban planners. Community comes from the unobstructed encounters of neighbors on street corners, of hipsters peacocking at coffee shops, of bitcoiners gathering in Satoshi Square, and of people drawn together out of common cause or mutual aid. Community bubbles up from a free people. And you can’t get any more libertarian than that.

8. Libertarians really don’t like crony capitalism. For all the lip service progressives pay to the “problem” of income inequality, they consistently back the most illiberal and inegalitarian policies. Is there anything fair about showering taxpayer resources upon this energy company or that—and making their CEOs’ wealth more secure in the process? Is there anything equitable about shoring up the U.S. banking cartel with permanent legislation like Dodd-Frank? And what chosen “one-percenters” are benefitting from the crony-infested Obamacare legislation, which rains goodies down on drug-makers, healthcare providers, and insurance companies in equal measure? On the other hand, while libertarians don’t mind the sort of inequality that comes from people successfully creating happy customers, wealth, and jobs, we really—no really—don’t like collusion between business interests and government power.

9. Libertarianism is pluralism. Between the theocrats and the technocrats lies a group of people who want to have—and want you to have—elbow room. While there are certainly judgmental libertarians out there, they’re usually being judgmental about “jokers to the left of me, clowns to the right” (theocrats and technocrats). Otherwise, we’re pretty tolerant people. And it’s in that toleration that real diversity can flourish.

10. Libertarianism is inevitable. In “50 Ways to Leave Leviathan,” Jeffrey Tucker and I showed that the old rules are becoming obsolete. People are connecting and cooperating across national boundaries. They’re practicing what James C. Scott calls “Irish Democracy,” which is another term for people simply turning their backs, on a massive scale, on an imposed order. Together, whatever our moralistic stripes, we are simultaneously creating a new order while rendering the old order obsolete. And now we’re aided by technology. This is not a libertarian ideology, but a libertarian reality carved out by people who simply refuse to be controlled by peers who purport to be superiors.

The views expressed on AustrianCenter.com are not necessarily those of the Austrian Economics Center.
hayek_admin2014-02-10T10:31:39+01:00