Roland Fritz: Sex is legal. Selling is legal. Why is selling sex illegal? 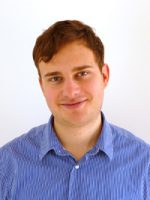 Roland Fritz is a master student in socioeconomics at the Vienna University of Economics and Business (WU) and a research fellow at the Austrian Economics Center.

Abstract: In this paper I introduce an economic way to look at the phenomenon of prostitution and analyze the advantages and shortcomings of different regimes legislating the activity. Special emphasis is thereby put on the so called ‘Swedish/Nordic model’, which proposes the criminalization of the purchasing of sexual services but not the supplying of those. I present empirical evidence on the poor records of this model and its degrading effects on the lives of sex workers and propose the complete decriminalization of prostitution as a remedy to this problem. Working conditions and environments of sex workers are usually much more welcoming and safe in countries that have legalized sex work.

Recension: The third entry selected and published this year challenges widely held views on the socioeconomic effects of voluntary prostitution. Criticizing the Nordic model in particular, the author shows that ‘outlawing sex work or the consumption of sexual services does [not] help in any way to improve the situation of the suppliers of those services’. Legalizing prostitution in turn leads to better and safer working conditions, the author concludes. Though he identifies zoning solutions to be illiberal, he holds them to be a practical solution to cope with widely spread preoccupations against prostitution. However, he resumes that the zoning approach ‘will only be effective if sex-worker organizations are allowed to actively take part in the negotiations and their interests are not just passed over.’

The author, Roland Fritz, is a master-student in socioeconomics at the Vienna University of Economics and Business (WU) and a research fellow at the Austrian Economics Center.

A stimulating and unbiased essay on the socioeconomic effects of prostitution.