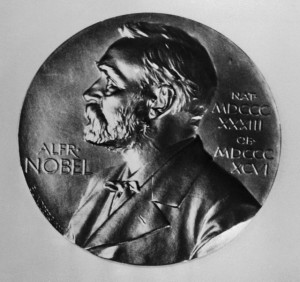 Ronald Coase passed away at the age of 102.  Coase was a productive (and feisty, though always gentlemanly) scholar to the end.  In 2012, he published How China Became Capitalist and did a podcast with Russ Roberts for EconTalk on his life, career, and the new book.

As readers here will no doubt know, Coase became a famous economic thinker based on his “Nature of the Firm” (1937) and “The Problem of Social Cost” (1960).  While many younger readers will associate Coase with the University of Chicago and what they understand the field of Law and Economics to be, Ronald Coase didn’t join the staff at the University of Chicago Law School until 1964.  His formative intellectual background was at the London School of Economics in the 1930s, where Hayek loomed as a large intellectual influence (along with Robbins and Arnold Plant).

The views expressed on AustrianCenter.com are not necessarily those of the Austrian Economics Center.
hayek_admin2019-01-14T06:43:59+01:00