Saudi Arabia is once again keeping analysts busy worldwide. This time attention has been drawn by an audacious economic reform rather than by oil policy, although the two are closely intertwined. Some of the development strategy’s goals are not new and others are probably unattainable, but there seems to be a stronger will to proceed today than in the past decades. The journey will not be quick, easy or cheap. In the short term, Riyadh’s new policies will have limited implications on the oil market.

In April 2016, Saudi Arabia published its first long-term reform plan, “Vision 2030,” which presents a roadmap for the kingdom’s economic and social policies. The media has described this document as the biggest economic shake-up since the establishment of Saudi Arabia.

The publication was preceded by McKinsey & Company’s report “Saudi Arabia beyond oil: The investment and productivity transformation” in December 2015. This study closely corresponds with “Vision 2030,” only with less detail and fewer numbers. McKinsey & Co. is one of the consultants that advised the Saudi government on its reform. Deputy Crown Prince Mohammed bin Salman also previewed some of the Vision’s main points in various interviews to international media outlets ahead of the official publication date.

In publishing the “Vision 2030” strategy, Saudi Arabia fell in line with what used to be fashionable in its neighborhood. Bahrain, Qatar, Kuwait and the United Arab Emirates had all announced their own versions of Vision 2030, only six to nine years earlier. The need and desire to diversify away from oil lay at the heart of all these documents, just as it does now in the case of Saudi Arabia.

The Saudi “Vision 2030” is a fairly general document. More details were provided in a National Transformation Plan (NTP) released in June. The NTP is the first of a series of executive programs that will address certain aspects of the reforms. It is also the kingdom’s tenth five-year plan, maintaining a tradition dating back to the First Development Plan in 1970.

The NTP sets specific targets for 24 ministries and government agencies to promote social and economic goals. The latter chiefly focus on balancing the budget, creating jobs, reducing subsidies, diversifying the economy and developing the private sector. Other aims include improving transparency, efficiency and productivity. In all, the document enumerates a total of 543 reforms with a price tag of 268 billion Saudi riyals ($78 billion).

A cynic would argue that the Saudi economic blueprint contains few novel ideas. Nonetheless, the goals it proclaims are probably the most sweeping of any attempted in the Middle East or by an oil-producing developing country.

The need for bold measures to achieve greater economic diversification, reduce dependence on oil revenue and establish a more sustainable growth model has been discussed in Saudi Arabia for decades and has been long promoted by organizations such as the International Monetary Fund and the World Bank.

The introduction of a Value Added Tax (VAT) to diversify the government’s revenue base, along with other new “sin” taxes such as a levy on sugary drinks, was considered in the 1990s. The potential application of an income tax on non-Saudis, as highlighted in the NTP, brings back memories of the income tax that applied in Saudi Arabia between 1970 and 1975, and also the government’s failed attempt to reintroduce such a tax on expats in 1988.

Experience shows that such reformist ambitions tend to resonate strongly during periods of low oil prices, before their urgency fades away when oil prices increase. This time, however, Saudi Arabia seems more determined than ever to carry out a landmark transition, and the whole world is watching.

Oil price volatility has been the traditional troublemaker. Over time, however, new problems have emerged and their imprint is visible in the Saudi reform strategy.

First, oil producers starting with Saudi Arabia are facing the challenge of climate change. While this is more of a long-term issue, there is a clear global trend toward phasing out fossil fuels, which eventually could leave the world’s second largest holder of proven oil reserves (after Venezuela) with a redundant resource.

The other, more pressing concern is demographic. Saudi Arabia needs to create a more vibrant job market for its rapidly growing working-age population. Vision 2030’s first “pillar” and possibly most urgent priority is to create a “vibrant society” that will engage educated young people. Several of the strategy’s aims are carefully engineered to appeal to the aspiring younger generation, thereby strengthening the social contract between rulers and ruled. The second and third pillars of Vision 2030 are a “thriving economy” and an “ambitious nation.”

While the oil sector is a relatively large employer, it is a capital-intensive industry and job opportunities are constrained. The Saudi public sector is already bloated and suffers from inefficiencies. The new jobs, therefore, must come from the private sector.

McKinsey estimates that to double its gross domestic product and create as many as 6 million jobs by 2030, Saudi Arabia would require about $4 trillion in investment in the non-oil sector, primarily from private sources. The plan is for eight industries – mining and metals, petrochemicals, manufacturing, retail and wholesale trade, tourism and hospitality, health care, finance and construction – to generate more than 60 percent of the country’s economic growth. The NTP is an initial step toward achieving that goal, as it seeks to create more than 450,000 jobs in the nongovernment sector by 2020. 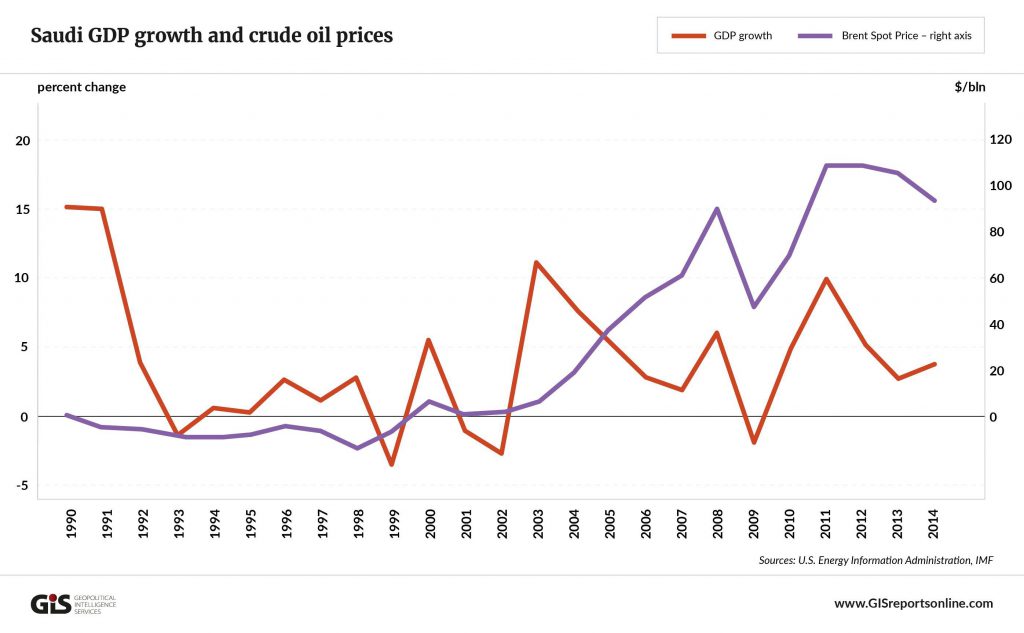 Perhaps the most striking reform proposal is for an initial public offering of the national oil company. Saudi Aramco is the world’s largest oil producer and most influential oil company in the world, supplying more than 13 percent of global demand. It is also the cornerstone of the Saudi economy.

The announcement of Saudi Aramco’s IPO came as a surprise. While some oil producers have publicly listed their national oil companies, their upstream oil sectors tend to be already open to private investment. Saudi Arabia, on the other hand, is one of the very few countries that remain closed to upstream private companies. This led some analysts to predict that the IPO would be limited to Aramco’s downstream assets, such as refineries.

According to Prince Mohammed bin Salman, however, “the mother company will be offered to the public as well as a number of its subsidiaries.” The share sale would give investors a stake in the world’s largest oil fields and also make public Aramco’s financial accounts, subjecting the company to greater scrutiny. While this is a welcome move, it may cause some backlash if the published data is not in line with expectations.

One wonders why the government chose this option instead of simply opening the sector to international oil companies, as is the common 21st century practice. Mexico went down that route two years ago, after 75 years of being closed to private investment.

An IPO would likely generate faster revenue, improve transparency and support Saudi Aramco’s international expansion. However, allowing the internationals in would still let Saudi Arabia command perhaps the world’s highest government take – the share of project value that goes to the state – given the size of the country’s reserves and the low production cost.

The result would be regular payments made by the international companies over the lifetime of projects. On top of that, the companies would have to meet local content rules such as job creation and training at their own expense. This approach would seem to be more in line with Vision 2030’s emphasis on promoting the private sector and improving efficiency – the latter typically an outcome of a competitive market structure.

The Saudi Aramco IPO is scheduled for 2017-18 on Tadawul, the Saudi stock exchange. As much as five percent of the company will b