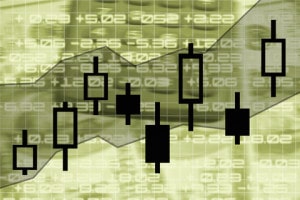 From 2008 through 2011, high-frequency trading, or HFT, as it is known, dominated equity trading in the U.S., garnering about 66% of all shares traded on various exchanges. In 2009, according to Rosenblatt Securities, HFT traders moved about 3.25 billion shares a day. In 2012, they estimate it was closer to 1.6 billion shares a day. Annual profits, which had been about $5 billion, fell to $1 billion in 2012. Volume and volatility, both friends to high-frequency traders, have been, in their recent relative tranquility, unfriendly as of late. Just as conditions have become less favorable for fast traders, Eric Schneiderman, New York’s Attorney General, decided it’s time to pounce. He would be taking, he proclaimed, a deeper look at the “unfair advantages“ HFTs have over regular investors. Mr. Schneiderman went on using one of those “au courant” terms that are popular today, but which I find grating: In referring to traders who allegedly gain early access to market-moving information at the expense of the market, he said, “We call it Insider Trading 2.0.”

I am no fan of high-frequency traders, but I wonder at Mr. Schneiderman’s timing. While HFTs claim to provide liquidity to the trading process and tighten bid-ask spreads between exchanges, they contribute very little of economic or social value; at least that is my opinion. At the same time, their potential for harm interferes unnecessarily with the process of investing, a requirement for long term economic growth.

Three natural events/changes have made things more challenging for high-frequency trading in recent years. First, the race to be fastest is one which, arithmetically, ultimately reduces profits to close to zero. Competition among traders has shortened the time to trade from seconds to milliseconds to microseconds to nanoseconds. As one trader was quoted in Bloomberg, investments in technology today are “more about détente than an arms race.” It takes the eye about 0.4 seconds to blink. In that time, 1000 computer-driven stock trades can be executed on one of 13 U.S. exchanges. The second and third challenges have been affecting HFTs two most common strategies: market making and statistical arbitrage. Overall trading volume has declined from about 6 billion shares a day in the 2008-2010 time frame to around 4 billion shares in the past couple of years, reducing opportunities for market making. At the same time volatility, as measured by the VIX, has been cut in half, thereby decreasing opportunities to take advantage of price differences between exchanges. The latter has also been negatively impacted, as exchanges have become faster in updating their own prices.

A common complaint, which seems reasonable to this non-trader, has been the order of magnitude increase in messaging traffic. Messaging traffic includes transaction messages that direct the placement, cancellation and correction of orders. Since 2005, these order instructions sent through U.S. exchanges have, as Gary Cohn, president of Goldman Sachs, noted in the weekend Wall Street Journal, “increased by 1000%, yet trade volume has only increased by 50%.” The consequence is that, as Mr. Cohn noted, “increasingly, the quote that an investor sees isn’t the price he or she can transact, as orders often get cancelled at lightning fast speeds.” Messaging traffic adds irritation to a situation already beset by complexity.

Markets have their own ways of dealing with excess. They can be brutal, but direct, and far more effective than government bureaucrats trying to regulate something they do not understand. There is nothing like a substantial loss to get one’s attention. On August 1, 2012, Knight Capital almost self-destructed in a matter of minutes. At the time, it was considered the king of HFTs, garnering a reputed 17% of all volume on NYSE-listed stocks and a similar percentage of NASDAQ stocks. A piece of newly installed software went haywire that Wednesday morning. It caused the buying and selling of about $7 billion worth of stock in 45 minutes. By the time the trades were unwound, Knight Capital was out $440 million, or 40% of the firm’s value. Getco, a Chicago-based HFT and market-making firm that eventually acquired Knight, is now gone, the remnants now being held by KCG Securities in Jersey City. The “flash crash” two years earlier, on May 6, 2010 is more illustrative of the risks HFT traders pose. On a day in which the DJIA were already down 300 points, they dropped another 600 points in five minutes. Twenty minutes later they had recovered, but individuals and institutions were unduly effected either positively or negatively, depending on whether they had orders in to buy or sell.

The placid markets we are now experiencing will not last. Increased volatility and the trading volume that volatility generates will provide high-frequency traders the opportunity to make a lot of money, while aggravating the environment for investors. So perhaps this period of relative calm is the right time to address risks that have helped turn a stock market, whose basic purposes are to allocate capital and provide liquidity, into a casino. Ownership of businesses is of no interest to high-frequency traders. Shares are nothing more than casino chips. It is price spreads and momentum they find rewarding. If HFTs truly serve as an aid to fundamental investors by providing liquidity and aiding price discovery, they should be encouraged. If (and more likely, in my opinion) their purpose is to enrich themselves at the expense of real investors, they should be discouraged. The easiest, simplest and most effective way of doing so is by taxing very short term gains at very high rates. Complex regulations will only provide job security for lawyers. It may halt this particular practice, but something else will spring up in its stead.

We should not be deceived by the slowdown in HFT activity. The problem has simply gone dormant because of the complacency that blankets equity markets, which is manifested in the low level of the VIX and in the daily trading of stocks. Daily changes in the DJIA have only moved up or down more than 1.5% on two occasions this year and only six times in the past year. That would compare to 19 times in 2012 and 52 times in 2011. The VIX, which has averaged 14.36 this year, averaged 16.58 in 2012 and 25.15 in 2011.

As long as the economy perks along, our population expands and as long as government does not dispossess people of their capital, the long term trend for stocks should be higher. But markets do not move in straight lines. They are subject to the behavior and attitudinal changes of people. Human psychology can move quickly from irrational exuberance to unwarranted pessimism. Markets can be whimsical and seemingly irrational over short periods of time, even as they are rational over extended periods. High-frequency traders accentuate both momentum and emotions.

As long as government does not intercede unnecessarily and the tax code incentivizes creativity and investment, entrepreneurs will convert dreams of new and better products and services into profitable businesses. And as long as investors are willing to risk capital, the environment will favor markets. But the system is reliant on confidence, confidence that government regulation will protect them against fraudulent and unfair practices, but will not hamper investment and creativity; it is a system that relies on property rights and the rule of law. A tax policy that favors investors over traders would provide the confidence markets need and which excess regulation discourages.

People who work on Wall Street are smarter than regulators. Brains tend to go where the money is. Government’s response must be simple, not complex. There is no question that Mr. Schneiderman is a very intelligent man, but if he believes he is Mr. Fox, in smugly proclaiming this to be the era of Insider Trading 2.0, he will discover that high-frequency traders are “Brer Rabbits.” They will scamper away through the brambles, ready to play a different game on another day. Let much higher tax rates on very short term gains be the regulator.

The views expressed on AustrianCenter.com are not necessarily those of the Austrian Economics Center.
hayek_admin2014-03-25T10:48:57+01:00