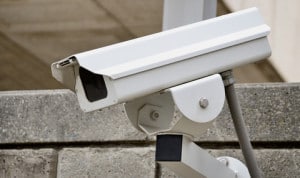 A challenge facing America is deciding the right balance between safety from those who would harm us and security provided by government agencies like the NSA, which under the Patriot Act have the right to scrutinize personal e-mails and phone messages. Everyone wants to be safe from another 9/11, yet no one wants some government bureaucrat reading his or her personal e-mails or listening in on calls. The freedoms we cherish will be lost if it means always living under the omnipresent eye of “big brother.” But if one is killed in a terrorist attack because of an absence of vigilance, then all that freedom would have come to naught. A life lived freely but subject to an attack, may be good for the mind, but not the body; while a fully secured life may save the body, but entrap the mind.

The debate is as old as democracy, but remains crucial. Cicero wrote, “In time of war, the laws are silent.” Benjamin Franklin admonished: “If we give up freedom to gain security, we lose both.” While there is Cicero’s statement, Franklin’s is too absolute. It ignores the likelihood that such laws do, at times, catch enemies before inflicting damage. Additionally, his statement overlooks the fact that in the past when rights have been suspended during time of war, they have been reinstated upon the arrival of peace. In a democracy, life is lived along a spectrum between anarchy and totalitarianism. That exact spot changes, depending on circumstances. While I would prefer erring on the side of freedom, I don’t want to live foolishly.

However, before attempting to determine the proper balance, the first questions that must be answered are: Are we at war? Is our homeland threatened? If the answers are ‘no’ then acts such as the Patriot Act have no place. According to David Stockman, writing on his blog on Friday, individuals from the Department of Homeland Security (DHS) testified on Capitol Hill just hours before the President spoke on Wednesday evening. They stated that the closest they could come to a credible threat of ISIS planning an attack on the U.S. was chatter on Twitter. If that is true, the Patriot Act should be repealed.

But the DHS’s response begs a larger question: Is Islamic fundamentalism at war with the West, and particularly with the United States? Keep in mind, as a free people we culturally and morally represent everything Islamists hate – from our legal system, to or politics of inclusion, to our support for women’s and minority rights.

From the attack on 9/11, to the shooting at Fort Hood, to the attack on our consulate in Benghazi to the Boston marathon bombing, to the recent beheadings of two American journalists it is hard to believe we are not at war. However, last week Secretary of State John Kerry denied we were, instead describing the air attacks in Iraq as a “major counterterrorism operation.” Words matter. No matter how one felt about his policies, President Bush was always clear as to the enemy, the fight in which we had to engage and how long the war would take. Mr. Obama is reluctant to acknowledge his error in underestimating the enemy and in his refusal to admit that the acts of terror to which we have been witness are Islamic in origin. ISIS may not be a current threat to our homeland, but that does not mean that an attack is not part of their longer term plans. And the enemy is more than ISIS[1]. It is all Islamists who choose to impose Sharia law and who use terrorism as their means.

As a Senator and candidate, Mr. Obama had warned about abuses of the Patriot Act, yet as President, while denying we were at war, in February 2011 he signed a bill extending its expiring provisions for another four years. Later that year, he used the Act to justify the Drone-killing of Anwar al-Awlaki, an American terrorist and member of al Qaeda in Yemen. Since the White House has belatedly indicated they are comfortable with the word “war,” as least as it applies to Islamic State, presumably they are okay the privacy restrictions imposed by the Patriot Act.

Over the decades, civil rights have been abrogated by Presidents in times of war. In general, people have understood the need to do so and have accepted the consequences. In the early months of the Civil War, after the firing on Fort Sumter in April 1861 and before Congress reconvened in July, newly inaugurated President Lincoln declared martial law. He called forth the militia to suppress and disperse anti-government demonstrators; he increased the size of the Army and Navy; he instituted a blockade and suspended the writ of habeas corpus. He did all this on his own, without Congressional approval. He did this, as he later explained, not to fight a civil war, but to suppress rebellion. While there were those who argued that Lincoln had become a tyrant – and, in truth, no President has done so much to remove the rights of citizens’ – Mr. Lincoln is today considered to be at the apex of our pantheon of Presidents, testament to the righteousness of his decisions – as undemocratic as they were at the time.

Woodrow Wilson once wrote: “The history of liberty is a history of resistance. The history of liberty is a history of the limitations of government power, not the increase of it.” Yet, as President, in 1917, Mr. Wilson implicitly allowed government to search the U.S. mail, looking for any material urging treason or forcible resistance to any law. In 1919 after the war, his Attorney General, Mitchell Palmer had agents seize 249 resident aliens and shipped them to the Soviet Union and certain death. Idealism is never a bed-partner of power.

“If the fires of freedom and civil liberties burn low in other lands, they must burn brighter in our own,” said Franklin Roosevelt in 1938. Four years later, in early 1942, Mr. Roosevelt signed Executive Order 9066, which allowed the government to ship 110,000 persons of Japanese ancestry to ten internment camps in seven states. Two-thirds of those incarcerated were American citizens who had been forced to sell their homes and businesses at rock-bottom prices.

The deprivation of certain civil liberties, during time of war, has a history in the United States. Some of it has been justifiable, some of it not. A remarkable characteristic of our nation is how temporary anti-privacy laws have been. They have been instituted during time of war, and then usually lifted when war was over. Excluding the current war on terror, the three Presidents who did the most to curtail civil liberties are today generally ranked among America’s top ten, with Lincoln and FDR usually in the top five. Does that suggest they were right to do so? Or does it say something to the effect that we, the people, don’t care?

The internet and social media are both a blessing and a curse in this regard.  On the one hand, it has become simpler for people to reach out, connect and to express opinions. On the other hand, it is easier for government to read, listen in on and watch everything we write, say and do. The standard argument goes: what you do with your cell phone or I do with mine, or even what Anthony Weiner does with his, is not the business of government (though some might disagree about Weiner, as his salary was paid from the public purse), but what Lois Lerner does with hers when she is at work at the IRS is the business of the people. I agree.

Some people take comfort in the knowledge that, as big as government is, it is not so large that it can listen in on every call or read every e-mail. We understand that algorithms have been devised that allow computers to search out certain words and phrases. Most of us are comfortable knowing that such methods can help nab Islamic terrorists, but what makes us uncomfortable is when similar calculations are used to ferret out special interest groups by the IRS, or the Justice Department.

Knowing what is the right balance between freedom and security is difficult in this morass that represents our technologically proficient present, because we know there are people intent on killing us and destroying our culture. While I do believe our government should do what it can to seek out and destroy the bad guys, I also feel it imperative that any such Act that allows such activity should have yearly sunset provisions, meaning that they must be annually reauthorized by Congress. It is a question – who will watch the watchers?

The real threat to democracy is the cronyism that exists between political leaders and powerful economic forces that align themselves in such a way to deny mobility and perpetuate a single party. We see such activity between government and monopolistic companies like GE, large, money-center banks, and big unions. In truth, I worry more about a loss of liberty when Senator Harry Reid attempts to amend the First Amendment by limiting campaign contributions.

The views expressed on AustrianCenter.com are not necessarily those of the Austrian Economics Center.
hayek_admin2019-01-14T06:13:54+01:00