Should Government Have the Power to Quarantine? 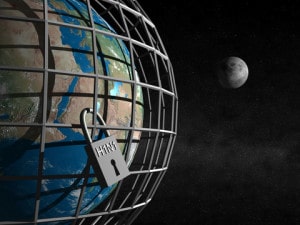 Earlier this spring, when awareness of Ebola was just beginning to dawn, a case of infection appeared in the town of Harbel, Liberia. The biggest employer in the area is Firestone. The company immediately set up a quarantine area of its hospital for the infected woman, who soon died. They distributed hazmat suits to workers. They researched everything they could, built a treatment center, and set up a comprehensive response. Transmission stopped. Even now, the only cases seen in this area come from outside the community.

National Public Radio reported on the case and concluded:

even as the worst Ebola outbreak ever recorded rages all around them, Firestone appears to have blocked the virus from spreading inside its territory… A key reason for Firestone’s success is the close monitoring of people who have potentially been exposed to the virus — and the moving of anyone who has had contact with an Ebola patient into voluntary quarantine.By most accounts, this Ebola outbreak remains out of control, with health care workers across West Africa struggling to contain it.

Another triumph of the market and human volition! Still, somehow, the lesson here has not penetrated. As with every crisis in the history of the modern world, Ebola fears have given rise to debates over government power. When people are afraid, they have this irrational penchant for reaching out to government to save them. Never mind that the power might be abused or might not even be a necessary, much less suitable, power. Government is magic: if something is big, important, or crucial, people long for government to do it.

So it is with Ebola. We have a new Ebola Czar, operating under the Department of Homeland Security and the National Security Adviser. These are the same people who spy on your email, record your phone calls, watch your online habits, run the TSA security theater, and so on. What does any of this have to do with health? Who can doubt that Ebola will be used, just like 9-11, as a means of amping up government power?

The thinking goes like this. Ebola is terrifying. We can’t just allow people to wander around with the disease and infect others. We could all die under those conditions. So we need government to discern who has the disease, force these people against their will to stay away from others, and even put together a plan for how to deal with mass outbreak, even if that involves creating camps of sick people and keeping them all there by force.

What do you libertarians want? Total laissez faire?

The US government already has an extensive plan for dealing with communicable diseases, and these plans involve forcible quarantines. You can read all about it at the website for the Centers for Disease Control.

Regulations prescribed under this section may provide for the apprehension and examination of any individual reasonably believed to be infected with a communicable disease in a qualifying stage and (A) to be moving or about to move from a State to another State; or (B) to be a probable source of infection to individuals who, while infected with such disease in a qualifying stage, will be moving from a State to another State. Such regulations may provide that if upon examination any such individual is found to be infected, he may be detained for such time and in such manner as may be reasonably necessary.

These regulations are enforced, but you might be surprised at the light penalties:

Any person who violates any regulation prescribed under sections 264 to 266 of this title, or any provision of section 269 of this title or any regulation prescribed thereunder, or who enters or departs from the limits of any quarantine station, ground, or anchorage in disregard of quarantine rules and regulations or without permission of the quarantine officer in charge, shall be punished by a fine of not more than $1,000 or by imprisonment for not more than one year, or both.

So, if you are willing to risk coughing up $1K or going to the pokey for a year, you can pretty much walk around infected with anything, and infect anyone else? If that’s your goal, it’s not likely that such penalties are going to deter you. I can’t imagine that anyone thinks: “I would like to infect lots of people with my deadly disease but I’m rethinking it because I just can’t afford the $1,000 fine.”

In the meantime, the government already has the power to create sick camps, kidnap and intern people upon suspicion that they are diseased, and keep people in camps for an undetermined amount of time.

The Surgeon General shall control, direct, and manage all United States quarantine stations, grounds, and anchorages, designate their boundaries, and designate the quarantine officers to be in charge thereof. With the approval of the President he shall from time to time select suitable sites for and establish such additional stations, grounds, and anchorages in the States and possessions of the United States as in his judgment are necessary to prevent the introduction of communicable diseases into the States and possessions of the United States.

Anyone concerned about human freedom should be uncomfortable with this policy, especially given the hysteria that surrounds the issue of communicable diseases. Rules don’t guarantee results, and government has no solid reason to be careful about who gets put into the camps and why. It is easy to imagine a scenario in which such powers end up exposing undiseased people rather than protecting people from the disease.

It’s true that quarantine powers have been around since the ancient world and have been invoked through US history from colonial times to the present. They are hardly questioned. Even this past summer I was in a debate over the role of government and my opponent relied heavily on this power as proof that we need some government — because society is just too stupid to figure out how to deal with such a deadly problem.

On the other hand, abuse of such powers is even more frequent. The problem is the low threshold concerning risk. Once government has the power, it can use it any way it wants. In World War I, prostitutes were routinely arrested and quarantined in the name of preventing the spread of diseases. In the 1892 typhus outbreak, it became common to arrest and quarantine any immigrant from Russia, Italy, or Ireland even without any evidence of disease.

In 1900, the San Francisco Board of Health quarantined 25,000 Chinese residents and gave them a dangerous injection to prevent the spread of bubonic plague (it turned out later to have been entirely pointless). We know about the Japanese internment, which ended up promoting disease. In more recent times, fears of AIDS have led to calls for arresting Mexican immigrants to prevent the spread of disease.

And it’s not just about disease. The quarantine power has been used by despotic governments all over the world to round up political enemies under the thinnest excuse. Fear of disease is as good an excuse as any. For a complete list of concentration and internment camps, see this Wikipedia entry.

Is it really true that government needs quarantine power? Let’s think rationally and normally about this. Imagine that you are feeling not so great. You go to the hospital and it is discovered that you have a deadly communicable disease. Are you going anywhere? No. It’s preposterous. These days, you can’t even go to the office with a cough without eliciting the disdain from your fellow employees. I let out a slight cough the other day in a security line and found myself with a five-foot gap between myself and the people in front of and behind me!

Once a deadly disease is discovered, no one has any reason to have the attitude that one should just let it go, embrace death, and take others with you. It only takes a moment of reflection to realize this. You want to be where you can get well or at least minimize pain. If that means staying in isolation, so it is. Even if you don’t like this idea, others will make sure that you do understand.

Let’s say you just can’t stand it. You leap from the window and run. Truly, the whole of the social order would be organized against you, even in the absence of the use of coercion. You would stand no chance of getting so much as a place to sleep or a bite to eat from anyone, anywhere. And, in the real world, such a person is likely to be shot on sight.

Government power is not necessary in any respect. It is not likely to be effective, either. And when it is not effective, the tendency is to overreact in the opposite direction, clamping down and abusing, exactly as we’ve seen with the war on terror. People assume that government is doing its job, government fails, and then government gets more power and does awful things with it. It’s the same story again and again.

Remember that it is not government that discovers the disease, treats the disease, keeps diseased patients from wandering around, or otherwise compels sick people to decline to escape their sick beds. Institutions do this, institutions that are part of the social order and not exogenous to it.