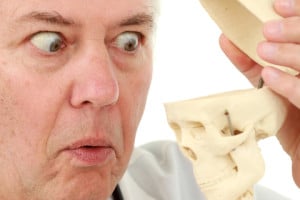 Asininity is a common malady of the political class. Nevertheless, one of the more moronic examples I have seen was a letter by Treasury Secretary Jack Lew to House Committee on Way and Means Chairman Dave Camp on July 15th. In the letter Mr. Lew argues we should fence in American corporations, calling for “a new sense of economic patriotism.” He argues that American companies, in being responsible stewards of their owner’s wealth, are “effectively renouncing their citizenship.” That was a curious metaphor for an Administration that argues, in cases like Citizen’s United and Hobby Lobby that corporations are not individuals. To whom is owed a corporation’s primary loyalty – the government of the United States, or their shareholders, customers and employees?

Most importantly, the letter was not a serious attempt to resolve a real problem. It was political spin. Mr. Lew is upset about the practice known as corporate inversions. A corporate inversion is a strategy employed by companies with significant overseas operations to reduce U.S. taxes on earnings generated abroad. The United States, besides having the highest corporate tax rate among major countries, is the only one of the Group of Seven to tax earnings generated abroad, even though these companies have already paid taxes in the country in which the earnings were generated. It is the main reason why multinational U.S. companies keep high levels of cash abroad. Inversion is a legal strategy, permitted under the U.S. Tax Code.

What made the letter especially feeble was that Mr. Lew knows what should be done. He begins his fifth paragraph: “The best way to resolve this situation is through business tax reform that lowers the tax rate, broadens the tax base, closes loopholes and simplifies the tax system.” Amen and Hallelujah! Bipartisan support could be found for such proposals. These are all ideas recommended by Republicans like Paul Ryan. So why not work with Congress to pass tax reform? Mr. Lew urges that time is of the essence, but the question goes unanswered. There is little doubt, however, that Mr. Lew would raise such standard objections that obstreperous Republicans in Congress have no interest in working with selfless Democrats like himself. Instead he decided to pursue a cockamamie idea that will cause political opponents to retreat even deeper into their respective corners.

What the Treasury Secretary would like Congress to do is to pass legislation that would negate the aspect of the Tax Code that specifies the terms and conditions under which inversion is permitted. His wording is disingenuous. He makes no mention that corporate inversions are legal under the tax code: He writes, “Congress should enact legislation immediately – and retroactively to May 2014 – to shut down this abuse of our tax system.” His claim is that companies adopt such measures to avoid paying their “fair share of taxes,” as though obeying the law is not what corporations should do. There is, of course, no attempt to define “fair share” – a meaningless phrase solely designed to provide the speaker or writer a sense of moral superiority.

The reason Mr. Lew would like legislation made retroactive to May 2014 is because it was in May that AbbVie (a spinout two years ago from Abbott Labs) made an offer to acquire Shire Plc, a $54 billion deal. Shire Plc is a specialty biopharmaceutical company, domiciled on the Isle of Jersey with headquarters in Ireland. Shareholders of Shire will own 25% of the combined companies, above the 20% needed to pursue an “inversion.” According to the New York Times, the corporate tax rate would be reduced from 22.6% in 2013 to an estimated 13% in 2016. While neither the Times nor Mr. Lew make the point, the operations of U.S. companies that undergo inversion would still be subject to U.S. corporate taxes for income generated in the U.S. It is the income from moneys earned overseas and reinvested in the U.S. that would no longer be subject to U.S. taxes. In fact, it could be argued that AbbVie might well invest more in its U.S. operations after inversion. It is the consequence of taxing repatriated earnings that explains why so many U.S. companies have so much cash on their books in overseas banks, and which reveals why so many companies have undertaken the legal process of inversion. If Mr. Lew doesn’t want AbbVie to be based on the Isle of Jersey, work with Congress to amend our corporate tax laws.

We are now more than five years into an economic recovery, which has proved to be the slowest recovery in the post-War years. There has been no fiscal stimulus. Other than the aborted $800 billion American Economic Recovery and Reinvestment Act of 2009, enacted shortly after Mr. Obama took office, neither the Administration nor Congress have made any attempt to meaningfully stimulate the economy. In early 2010, by Executive Order, Mr. Obama created the National Commission of Fiscal Responsibility, a commission headed by former Republican Senator Alan Simpson and former Clinton White House Chief of Staff Democrat Erskine Bowles. Its findings were ignored by the President and ultimately not acted upon by Congress. The country has had to rely solely on monetary policy. The Federal Reserve cut the Discount Rate to a range of 0% to 0.25% in December 2008. Since then, they have employed various means of quantitative easing – expanding the Fed’s balance sheet by buying up mortgages and longer dated Treasuries, keeping long term rates low. While the economy has bounced back some, the perverse effect has been to raise asset and commodity prices and to penalize savers – helping the wealthy and hurting the poor, middle class and elderly. Long term unemployment and underemployment represent serious hardships for millions of people.

In the meantime, and aggravating recovery, the tax code has become increasingly complex. Almost 7,000 pages have been added to the code in the past five years, bringing it close to 73,000 pages. High tax rates and complexity, along with excessive regulation, have impeded economic growth and reduced corporate tax income as a percent of national income from 4% to 2% since 1960, according to Bill White, former mayor of Houston, writing in Barron’s. If we want companies to contribute more in taxes, it will require improving the business environment.

Without business there can be no employment or economic growth. Most new employment comes from small business. One of the great ironies of this populist Administration is that tax reform, as mentioned by so many including Mr. Lew, but never pursued in earnest, is that small businesses would be beneficiaries, as they do not have the lawyers and accountants to navigate the maze-like web of taxes, rules and regulations. Complexity in the tax code, as well as in regulation, reflect the successful efforts of Washington’s lobbyists, and serve to help the largest corporations and the richest individuals. It should come as no surprise that big business and big banks are big supporters of both Democrat and Republican policies. They are, to coin a phrase, apolitical, caring only about their particular interests. Though, it is interesting that lawyers, especially those who feed on tort cases, tend to support Democrats, while small business tends to support Republicans.

There is no question that corporate inversions are a loophole, but loopholes exist because basic tax rates are too high and because lobbyists work their magic with members of Congress. And this particular loophole exists because Congress, in their infinite lack of wisdom, decided that repatriated profits should be subject to U.S. taxes, despite local taxes already having been paid. If the United States reformed the tax code, allowed for the repatriation of foreign earnings, lowered statutory rates and eased stifling regulatory burdens, total tax payments, in time, would increase, as the economy improved. Confidence would return and small businesses would begin hiring more aggressively.

An appeal to patriotism can be very effective in times of deep economic or physical distress, but Mr. Lew’s words ring hollow. His letter is a political manifesto, not aimed at correcting what is a real problem, but at scoring political points. Businesses have responsibilities to their stakeholders: shareholders, employees, customers and communities. They have obligations to their debt holders. They must balance those demands with running a profitable business. Without profits, responsibilities and obligations go unfilled. Big companies, as well as some small ones, operate globally. And global companies are good for consumers around the world.

But it means businesses in the U.S. must be more competitive. Mr. Lew, and those in similar positi
ons, wields enormous influence. But this letter did little to aid the economy or abet differences in Washington. The answer: reform the tax code. Simply shutting down corporate inversions is a dumb idea.

The views expressed on AustrianCenter.com are not necessarily those of