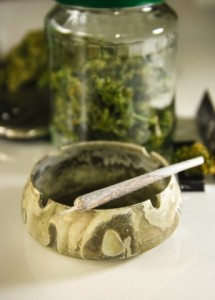 It seems ironic, therefore, that a number of politicians, especially those that spend an inordinate amount of time protecting us from ourselves, are changing their minds as to the legalization of pot. Twenty states and the District of Columbia have approved marijuana for medicinal purposes. The allegation of the States’ is that pot works synergistically with opiod painkillers to improve the quality of pain relief and reduce the number of pills needed. Nevertheless, under the Food and Drug Administration’s (FDA) guidelines, cannabis remains a Schedule 1 substance and is deemed to have “no medicinal value; it is dangerously addictive and holds a high potential for abuse.”

Less than three weeks after Colorado and Washington state decided to legalize the sale of marijuana for recreational purposes, the acting surgeon general, Dr. Boris Lushniak, released a study that greatly expands the number of illnesses that cigarette smoking is said to cause. While marijuana and tobacco are different – the latter contains nicotine and the former cannobinoids – both products contain benzyprene, which is the tar in both tobacco and cannabis. Nicotine contains carcinogens and cannobinoids repress neurotransmitter release in the brain, impeding one’s ability to respond. Typically one inhales pot more deeply than tobacco and holds it in one’s lungs longer, creating the potential for respiratory problems.

Dr. Lushniak’s study, of course, was aimed at the tobacco industry. Studies on the effect of cannabis have been far less extensive, as pot, until recently, has been a banned substance. The Surgeon General’s report found that the negative effects of tobacco include “vision loss, tuberculosis, rheumatoid arthritis, impaired immune function and cleft palettes in children of women who smoke.” With that as a guide and as more studies are conducted on the effects of marijuana, it is hard to imagine that more ill-effects will not be found.

What is known about marijuana is that it is addictive and that it, like alcohol, impairs judgment and motor coordination, and contributes to accidents. We know that that cannabis causes the heart rate to increase by 20% to 100% and the effect can last up to three hours. We know that heavy smokers of marijuana have poorer physical and mental health, and that young people who smoke pot are more likely to drop out of school.

It seems incredulous that many of those who would put the tobacco industry out of business support the legalization of pot. Even more absurdly, most do so because of its alleged medicinal benefits. Keep in mind, in the 1950s (only a decade before the Surgeon General required that every pack of cigarettes carry a warning level) doctors were often seen in ads touting the health benefits of cigarette smoking.

Cigarettes are legal in every state; though smoking them is banned in most public places like offices, retail outlets and restaurants. They are even banned outdoors in some localities, and will be in one’s home should the “nanny state” have its way. Marijuana is illegal in most states; though meets the approval of many who would ban cigarettes. Weed is politically correct while smoking is not. Rubes from the mountains of West Virginia, the bayous of Louisiana and the flat-lands of Texas smoke cigarettes. Coastal elites smoke pot. According to the National Institute of Health (NIH), marijuana is the most common illicit drug used in the United States. The NIH, in a December 2012 article, noted that more teenagers today smoke marijuana than cigarettes.

It is not a new-found libertarian sense that has converted eminent Americans (like President Obama, Governor Cuomo or Senator Harry Reid) to favor the legalization of pot. It is doubtful that they truly believe there are health benefits to marijuana. They are certainly not libertarians. The reason for their conversion is simply cynical, political expediency.

First, Mr. Obama’s personal rankings have dropped precipitously, in large part be cause of the disastrous rollout of ObamaCare, but also because of the lies he told to get the Act passed. At risk is Mr. Obama’s relationship with the young and his desire to keep control of the Senate and perhaps bring the House into his orbit in 2014. While polls suggest that the broad electorate is evenly split regarding legalization, youth favors such a move 58% to 42%, according to a recent Gallup poll. Second, a New York Times column last fall reported that minorities have been disproportionately jailed for the crime of dealing and possession. This is an issue, the Times suggests, that requires a “transformative” President. Legalizing weed would solve that dilemma. Third is the plethora of scandals that imperil the President and, by association, the Democrat Party – Benghazi, the IRS, running guns into Mexico, and of course the lies about ObamaCare. Anything that detracts from such stories is encouraged.

Finally, politicians’ are changing their minds because of the dollars involved. The legal selling of marijuana for medicinal purposes is a $1.8 billion industry. Expectations are that it should quadruple by 2018. Those numbers understate the potential for the industry. Alaska and Oregon are likely to approve the sale of pot for recreational purposes in 2014, according to a recent issue of Rolling Stone. California and five other states are expected to do the same by 2016. Wherever money is, look for politicians.

How important is this issue? We have far bigger problems. Despite ground-breaking technological advances in communications and social media, and increased oil and gas production, the economy is limping along at half-speed. It risks being snuffed out by a government bent on increasing regulation and taxes wherever and whenever they can. According to the newly released 2014 Index of Economic Freedom, the United States has fallen from 10th place to 12th. Another thing, we have either abandoned, or are about to abandon, those places in the Middle East that breed terrorists and terrorism. With our eye off the ball, one should expect an increase in terrorism. We have an educational system that has done a lot for unionized employees, but distressingly little for our children, especially those in inner cities and in poor, rural parts of the country. We have a healthcare system that needs repair, but which government efforts have worsened. There is a lot on our plate. The legalization of pot, while dear to the hearts of some, does not measure up to the far more important issues we confront.

Regardless, it is an event likely to happen. The Volstead Act of 1919, banning alcohol, was the dumbest Constitutional Amendment ever passed. It did nothing to stop drinking liquor, wine or beer. The products became more expensive. The Act increased crime, left thousands dead and promoted cronyism between rum-runners, local politicians and retailers. So, legalizing pot may make sense. It won’t make any difference in my life, other than increasing the possibility of being killed on I-95. Nevertheless, it is important to keep in mind the health risks of cannabis But none of this has anything to do why so many leftist Democrats have changed their minds about legalizing marijuana.

In 1962, while in basic training, Platoon Sergeant Billingsley would periodically call a break. “Smoke ‘em, if you’ve got ‘em,” would be his offer, if not his command. Almost everybody smoked in those days, especially “grunts.” I would light up one of my unfiltered Lucky Strikes and my buddies would do likewise. Today, we have an increasing number of establishment figures saying the same thing to young people across the States of Colorado and Washington, and, increasingly, across the Country: “Light up! It’s legal.” Will the PC police that ban tobacco allow pot? Or will it be seen as an inherent right and a social good, but a health hazard? The future is unclear, but at this point there is less concern about the negative consequences of cannabis than there is about tobacco, despite both being addictive and bad for one’s health. There is greater interest in diverting attention from the rollout of ObamaCare and the scandals and attempting to improve the poll numbers. It is ironic, and in fact patronizing, that politicians that advocate for the public interest, that are consumed with protecting us from almost everything, from soft drinks to trans-fats, from hotdogs to Big Mac’s, should promote the legal selling of a product known to be unhealthy. “Smoke ‘em, if you’ve got ‘em.”

The views expressed on AustrianCenter.com are not necessarily those of the Austrian Economics Center.
hayek_admin2014-01-21T13:07:10+01:00