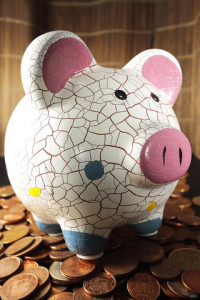 The latest Social Security Trustees’ report shows the projected dates of insolvency for the program’s trust funds remain largely unchanged. Regrettably, some misinterpret this as an indication that Social Security doesn’t require immediate reform. Make no mistake: There is a Social Security crisis.

The 2014 report projects depletion of the combined Old Age, Survivors, and Disability Insurance trust funds in 2033. Social Security has no borrowing authority, and after the trust funds are exhausted there is only enough payroll tax revenue to cover a projected 77 percent of benefits; meaning future benefit payments must be reduced by about 23 percent. But the resulting cut in benefits will actually be much worse for retirees, workers and the economy if we don’t act now to reform Social Security.

In 2013, total benefit costs offset by taxes on those benefits, plus administrative expenses, came to $832 billion. Most, but not all, of this cost was covered by payroll taxes ($726 billion), with the balance substantially covered by interest ($103 billion) on money Congress “borrowed” from the trust funds — which means Social Security is currently adding to the deficit.

When the trust funds are depleted, the upcoming year’s benefits will be suddenly and immediately reduced by nearly $200 billion (in 2013 dollars), and not just for that year alone. The 23 percent haircut will persist indefinitely without legislative action. Gross Domestic Product includes government outlays, including spending on entitlement programs. Hence, less social security spending by definition results in a smaller GDP. Additionally, a sudden and large reduction of social security benefits would also result in less private consumption, since beneficiaries will have less money to spend, and this too would presumably result in an additional corresponding negative effect on GDP.

If the economy shrinks, relative to where it was otherwise heading, the one-quarter reduction in Social Security benefits will have a reverse dynamic effect on the economy; as GDP falls, employment falls, income and taxable wages fall, and even less payroll tax revenue will come into the Social Security program, resulting in even further reductions to benefits beyond the 23 percent haircut that will occur when the trust funds are depleted in 2033.

But wait, it’s actually much worse than that. Because Social Security benefits decline at a much slower rate than GDP and payroll taxes, the benefit formulas result in benefit level changes that considerably lag behind other changes in the economy, especially during periods of decline. Further, disability applications jump dramatically during economic downturns (increasing about 25 percent during the Great Recession), and disability payment increases then quickly follow. This puts even more financial pressure on Social Security. Finally, fertility and immigration rates tend to decline during times of economic stress — which, over the longer term, reduces revenue coming into the program and adversely affects Social Security financing.

What this all means is that the Social Security crisis that appears to be coming in 2033 is actually here now.

The Social Security Trustees recommend that “lawmakers address the projected trust fund shortfalls in a timely way in order to phase in necessary changes gradually and give workers and beneficiaries time to adjust to them.” While this phrasing reflects the traditionally reserved tone of the Trustees, we simply cannot get around the facts the trustees report lays out: the response to the Social Security crisis cannot wait until 2033. The crisis is here now, and is a tsunami that will drown us all and harm both retirees and workers. If we put off immediate, meaningful reform and passively wait for the trust funds to dry up, the ensuing reduction in Social Security benefits may well bring with it a vicious cycle from which neither Social Security nor the general economy will be able to escape.

The views expressed on AustrianCenter.com are not necessarily those of the Austrian Economics Center.
hayek_admin2019-01-14T06:14:51+01:00