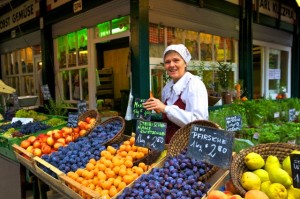 One of the most common criticisms of economics is that it relies on unrealistic assumptions and abstract models of the economy. If only economists studied the real world they would know that people are not always rational, exchange is not always mutually beneficial, and that markets do not always clear. Instead the real world is full of mistakes, unequal power, and inefficiency.

Writing in the Financial Times, Wendy Carlin—who is heading up a curriculum reform initiative for undergraduate education—tells the following story about student disappointment with the unrealistic models she has had to learn in her economic education.

Nataly Grisales, writing in a student newspaper in Bogotá about her decision to study economics said: ‘A professor mentioned that economics would give me a way to describe and predict human behaviour through mathematical tools, which seemed fantastic to me. Now, after many semesters, I have the mathematical tools; but all the people I wanted to study have disappeared from the scene.’

Carlin is quick to add:

There’s no need for Nataly to have been disappointed. Economists now have the data and mathematical and conceptual tools to put real people centre stage. That is why the curriculum project at the Institute for New Economic Thinking, which I head, is creating open access materials for a new curriculum. Digital technology and interactive teaching methods will introduce students to an empirical discipline. They will learn to use evidence from history, experiments and other data sources to test competing explanations and policies. This is a great time to be an economist. It is time we made it a golden age for students of economics.

Indeed, it is a great time to be an economist.

Of Blackboards and Boredom

Ironically, though, some blackboard economics might be the best way to predict such dreary outcomes. Economics, as an academic discipline, rewards scientific cleverness over clarity, and research significance over teaching ability. The cost-minimizing strategy is to teach technique over substance. The material is straightforward and the tests are more or less unambiguous. So our young economics teacher—trying to balance the requirements of tenure, the wonders of economics (not to mention living a healthy, happy personal life)—must make trade-offs. And, on the relevant margin for our discussion, teaching economics thoroughly and passionately is what gets traded off.

This observation is nothing new. It can actually be found in Adam Smith’s The Wealth of Nations. Smith discusses the differences in approach to the teaching found in Glasgow and Oxford, respectively. Professors in Glasgow were paid through direct student fees, and thus they devoted more time to teaching their students, whereas the professors in Oxford were paid from an endowment, and so did not pay attention to the students in the least.

Note that in the Smith explanation, the dysfunction isn’t a result of irrationality, power, or inefficiency. Instead it’s about the incentives individuals face in the different environments. Real, living, breathing individuals in the economics profession are trying to do the best they can given the situation they find themselves in. And in doing so they respond to incentives—using the information they can acquire to negotiate trade-offs.

Another way to set poor Nataly and her classmates back on the path is to reflect on the fact that all models are abstractions.

To understand this, just think for a second—do you have a map in your car (or on your smartphone) that is a 1-to-1 correspondence with the terrain you are traveling? Of course not. But neither do you have a map that just has arrows that point N-S-E-W on it. That would be too abstract. The point with models is that you have to choose the adequate level of abstraction for the purposes you need to tackle the problems you’re attempting to address.

So ranting about the use of models in economics isn’t going to work. Students of economics not only have to learn the logic of economic argumentation, but how to make the technical representations of those arguments at the relevant levels of abstraction. In short, economics students have to study a lot of math and statistics to become professional economists. This is important for at least three reasons:

First, the basic principles of economics are often most easily communicated through the use of simple mathematical functions and corresponding graphical rendering. Think here of supply and demand analysis as the foundation of price theory. Second, mathematical modeling and statistical testing is the scientific language in which professional economists speak. Trying to become a professional economist without learning that language would be the equivalent of trying to become a French historian without learning French. Third, in order to understand the limitations of something—say, a model—you have to first appreciate its strengths. If you don’t do that, then you will be a particularly weak critic. As one mathematical economist once remarked, your criticisms will have the impact of just so many soap bubbles.

Don’t get me wrong. I can sympathize with Nataly and her classmates who are taught economics in the same old ways. There is no doubt that textbook and blackboard economics from 1950 to today have suffered from the twin intellectual errors of excessive formalism and aggregation. There is, indeed, too much abstraction from the choosing individuals and the situations that they find themselves confronting. People are not plot-points. They have to cope with both the vagaries and opportunities life outside of the Garden of Eden presents.

But the solution to our current crisis in the curriculum does not, as Wendy Carlin suggests, lie in modern efforts to incorporate “big data” and new “mathematical techniques.” While it’s certainly true that we are witnessing a revolution in data gathering and that the development of simulation methods has amazing potential, economic thinking is about framing that data. Simulations are about capturing the dynamics of economic relationships that our theories—from Adam Smith to Vernon Smith—have sought to illuminate (Adam with the natural experiments of history; Vernon with lab experiments).

Economists need to tell to their students to “look out the window”—that is, to take what they learned from the blackboard and textbook and apply the economic way of thinking to the world around them—and to study history, philosophy, literature, languages, anthropology.

Nataly and her classmates might respond, “That is impossible, how do you expect me to do that?” To that I can do no better than the great Ludwig von Mises when he gave a similar reply: “Nobody asked you to be an economist.” To become an economist, you have to be willing to put in the hard work. Complaining about learning tools is similar to a carpenter complaining about learning about screwdrivers and hammers. The tools themselves are necessary but not sufficient to becoming a good carpenter. You have to put the tools to good use. The same goes for the aspiring economist.

The views expressed on AustrianCenter.com are not necessarily those of the Austrian Economics Center.
hayek_admin2019-01-14T06:40:26+01:00