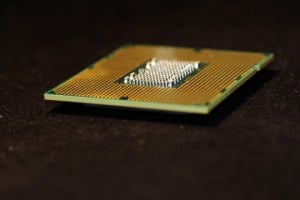 During his recent US trip French President François Hollande visited the Silicon Valley to meet American – and French – entrepreneurs and innovators. A few days later he was organizing a first “council of attractiveness” designed to counter the fall in foreign direct investment in France. In fact since the beginning of the year, the French socialist president has moved towards a pro-business stance – and even spending cuts. Mr Hollande’s new supply-side economic policy is a revolution by socialist standards. But is it authentic?

Hollande had to do something. Bad economic indicators keep piling up. Despite government incantations, the latest unemployment figures hardly signal the long-awaited “trend inversion”: joblessness increased by 10,200 in December, and the official 3.3 million unemployed (4.9 million for all categories) was a record high. The latest UN Conference on Trade and Development figures show that foreign direct investment sharply declined, by 77 percent, in 2013. French companies do not invest in France — why would foreign companies?

Hollande proposes both to reduce companies’ social labor costs, by €30 billion, and “stabilize” taxation to induce job creation. He also proposed to cut back government spending by €50 billion by the end of his presidency.

Will this new policy change the course of the country? There is reason for skepticism, but there may be a lesson for other countries here.

The reduction in companies’ social contributions — which concern family welfare programs — will be “organized” within the framework of a “responsibility pact.” Companies will get reductions if they “behave well,” that is, create jobs, a process to be overseen by a government “obervatory of compensations”. In fact this is far from true “supply side” economics: companies usually hire people to create value and hence profits, not to please a commissar so that they may pay lower taxes. Moreover, negotiations between companies, subsidized unions, and the French government will in part decide the level of job creation. Given the level of the French “social dialogue,” one doubts the process will be very effective.

Tax stability is a good idea, especially since “regime uncertainty,” the doubts about government future policy that discourage investment, have reached profoundly damaging levels. Unfortunately many socialist MPs can be rather creative when it comes to inventing deceptive tax gimmicks; they have already come up with such proposals.

What the politicians need to learn is that unemployment will not fall without creating flexibility in the job market. Because it has become too expensive to fire people with long-term contracts, it therefore is too expensive to hire them. Unions claim that flexibility would generate “precariousness.” But current regulations already do that by overprotecting jobs with long-term contracts at the expense of short-term contracts, creating a dual labor market. Since 2006 the number of long-term unemployed (one year or more) has more than doubled, to more than 2 million today. A more simple, less expensive labor contract is needed.

Assuming no change in family welfare programs, if companies are to pay less, others will have to pay more. But, to his credit, Hollande opposes higher taxes and wants to cut government spending. In a country where government spends 57 percent of GDP and the official government debt is quickly reaching 100 percent of GDP, this is long overdue. A “Strategic Council on Public Spending” has thus been created for this purpose.

But one wonders: is €50 billion in cuts enough? Hardly, considering that the government spends more than €1.2 trillion every year. But even the €50 billion will hard to get.

The structure of French politics makes this a near certainty. Most of the time “reforms” end up costing more money, and the country lacks genuine accountability mechanisms. Reforms to create more “local democracy,” for example, have in fact created more complexity and more obscure financing — meaning less democratic accountability. The same goes for reform of the multitude of welfare programs that Égalité and Fraternité have spawned over the years.

Reforming France’s titanic complex of vested interests is a formidable task that will require the serious, focused, and dedicated effort of the whole nation, not just another commission.

President Hollande’s latest move probably reassured investors and even the rating agencies, but French-style “supply-side” policy will not be enough. We’ll need the real thing.

The views expressed on AustrianCenter.com are not necessarily those of the Austrian Economics Center.
hayek_admin2014-02-28T17:03:45+01:00