Taking the risk out of Europe’s stock markets 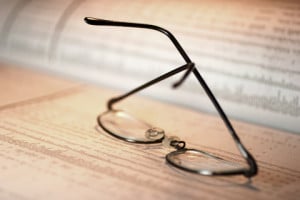 The world’s financial crisis and Europe’s stubborn resistance to pull out of recession and experience economic growth have created difficulties for those wanting to invest. But after years of uncertainty people are taking a long-term view of how to get a return on their investments and are trusting the stock market.

Asset managers are puzzled. They have been predicting major drops in stock prices since May 2014 but nothing has happened. A sudden dip in August failed to scare investors. So what is going through investors’ minds and what does the future hold? Investors are tired of keeping assets under the mattress and impatient about a wait-and-see strategy. After five years of uncertainty and contradictory signals, people are taking a long-run view. The bottom line is that investors will continue to trust stock markets. Bulls may not be charging ahead, but bears are likely to keep a low profile.

FINANCIAL experts have warned investors of a forthcoming explosion of stock exchange bubbles since May 2014. It was argued that the price-earnings ratios were/are far too high by historical standards and that recent gains were/are not justified by the real economy, especially in Europe.

What happened and what does the future hold? And what should investors be looking at in order to form their own opinions?

Stock market performances over the past three years have been powered by two phenomena.

First, those who predicted catastrophic meltdown all over the world were proved wrong. People now believe that many countries have serious public-finance difficulties, that growth in various parts of the world is disappointing, and that some sectors such as banking are sick.
Rise in stocks
It is also apparent that these situations are not sufficiently critical to unleash a domino effect, and that the world economy today is no worse than in 2008. Many countries are in fact richer. Consumer prices across the globe were about 20 per cent higher on average in 2013 than 2008. It is therefore unsurprising that stock were also up some 20 per cent over the same times.

This very simplistic line of reasoning requires a lot of caution as the correlation between consumer prices and stock prices is neither constant nor equal. But this helps to understand why investors are not overly concerned by the ‘abnormal’ rise in stock prices over the last few years. The simple reason is that it does not look that abnormal.

Second, private investors do not know what to do with their assets. Returns on bonds are minimal, especially after tax, and investors have to accept long maturities and/or less than credible debtors to obtain even moderate yields. In this context, it takes courage to buy long-term bonds which make creditors vulnerable to possible bouts of inflation.

One can sympathise with those who hesitate to give their assets to companies and governments which could go broke and default as soon as a central banker decides to stop printing new paper money. Stocks are therefore a good alternative allowing risk to be diversified among a relatively large number of companies and providing a decent return, especially compared with the alternatives. They have also always offered rather good protection against the potential loss of purchasing power through inflation.

The financial markets have featured a number of new traits of late. Bonds are no longer a tranquil bet, both because the quality of the debtors has deteriorated, and because very low interest rates make creditors vulnerable to significant losses, should central banks stop engaging in expansionary monetary policy. Cash, or triple AAA bonds, are a feasible wait-and-see solution, given the very low rates of inflation, especially in Europe. But people are tired of waiting.

More importantly perhaps, there is the impression that private investors are now taking a polarised view over their activity on the stock markets. They now consider stocks a safe haven in a long-run perspective for a significant part of their portfolio.

In a long-run perspective, ups and downs materialise as a blip, and are no longer a source of major excitement or concern. As a result, they do not lead to stock market runs to – or away from – the markets.

If this interpretation is correct, stock markets can count on a solid base of long-term and patient investors, for whom the downs are an opportunity to buy, rather than an encouragement to sell. Investors could be using a share of their assets in order to engage in hit-and-run operations, in an effort to supplement their yearly returns. This attitude justifies volatility, but no major swings.

This view has consequences on how we evaluate the future dynamics of stocks in major markets. For example, professional observers tend to be bearish whenever they believe a rise in interest rates is around the corner. A rise in interest rates, according to the traditional way of reasoning, makes bonds more attractive and burdens companies’ balance sheets, which therefore become less profitable and less valuable. The result would be a migration from stocks to bonds.

This sounds reasonable, but may not apply in future. It is possible to imagine a scenario where higher interest rates increase the cost of keeping money idle under the mattress, such as current and savings accounts and German Bunds, but not enough to make bonds appealing. After all, if investors take a long-run approach to asset allocation, why should they buy bonds and become vulnerable to inflation, rather than buy stocks and let the stock market rise with the price level?

It is true that stocks are more risky and, possibly, more volatile in the short run. But risk can be reduced by diversifying the portfolio, and short-run volatility plays a minor role for a long-term investor. Within this framework, therefore, one can predict that a rise in interest rates will affect mainly the speculative portion of one’s portfolio.

Investors could sell stocks just after a rise in interest rates has been announced, but they will soon return to the market and buy, once they realise it is a dip rather than a landslide.

So, is this good or bad news?

Should the above scenario above be confirmed, the obvious consequence is that if central bankers are going to pull back and let interest rates reach their natural level, equity financing becomes cheaper than debt financing. Large public companies will find it relatively easy to attract risk-takers, as long as such companies present momentous development projects, and offer an image of flexibility and aggressive entrepreneurship which bodes well for their future. But firms which have relied more on debts and less on innovation will find a more hostile environment and will be under pressure to adjust.

This is definitely good news, and may contribute to eliminating some of the distortions which an exceedingly generous monetary attitude has created during the past years.

So what about bulls and bears? The value of a share corresponds to a company’s expected capacity to generate profits in the future. That is why we have our own guesses and expectations and there is no objective way of evaluating whether stocks are valued correctly. At best it could be argued that investors are willing to ‘overpay’ stocks because there is no better alternative investment opportunity for their assets.

This is all that can be said about the current situation. The bulls are those who believe the alternatives to stocks will be poor. Bears are those who think otherwise.

There may be a third way of imagining future scenarios. Both bulls and bears will be sitting quietly in the short- to medium run. Markets will be volatile, but clear drifts will be absent.

In the longer run, the verdict will depend on whether, how much and why interest rates rise. Stock prices will drop only if interest rates soar and growth prospects deteriorate worldwide. This is possible, but not probable.