Tax Competition: A Practical Way to a Low-Tax World

This article is based on a speech delivered at the European Students for Liberty Regional Conference in Reykjavik, Iceland, held on September 22, 2018.

That “taxation is theft” is often the default position libertarians take when it comes to tax policy. Why? Because a “tax is a coerced contribution to state and federal revenues,” and “coercion is force.” Thus, it is “taking something of another person without that person’s consent.” It should not be the subject of this article whether or not this is true; whether taxation truly is theft.

This article, if anything, looks into the effectiveness of this claim, rather than the merit to it. “Taxation is theft,” disregarding the truthfulness of the statement, may be a good catchphrase, which can adequately and briefly describe a moral problem, and it is a good way to cheer up others who are equally outraged as oneself about the government appropriating a big chunk of your income or profit. But trying to convince other people about the rightfulness of the notion that taxes are bad by referring to these words will not necessarily result in full agreement – rather, it will probably result in astonishment. Even if you are able to convince them of the truthfulness of the statement, most people will still resort to saying something like: “a certain level of theft is needed then.”

If “taxation is theft” is all we have, we might have a problem – a major one, indeed. Our opposition is strong already: from all sides of the political spectrum, you hear voices saying that taxes need to be raised. There are, of course, outright socialists like Bernie Sanders and Jeremy Corbyn, who constantly attack the evil 1% or exploitative corporations. There are also “social democrats,” or your next door’s center-leftist, who might agree that taxes are bad, but that at least the rich should pay a bunch to redistribute wealth to the poor. Then you have so-called “fiscal conservatives,” who will preach their policy plans to cut taxes on the campaign trail, yet rarely follow through when they realize that this would mean cutting (military) spending.

Perhaps worst of all are supranational organizations and bureaucracies, most of whom have a consistent track record to provide policy recommendations which would lead to more regulations and higher taxation. The list includes the International Monetary Fund (IMF), the United Nations (UN), the World Bank, and the OECD. The leading voice in outrageous tax propaganda is possibly the European Union. On top of their long-going tax harmonization plans, they have also begun to preach the international tax agenda in basic education for kids (take TaxEDU and the accompanying video game Taxlandia as examples, which cost European taxpayers over 125,000 dollars). 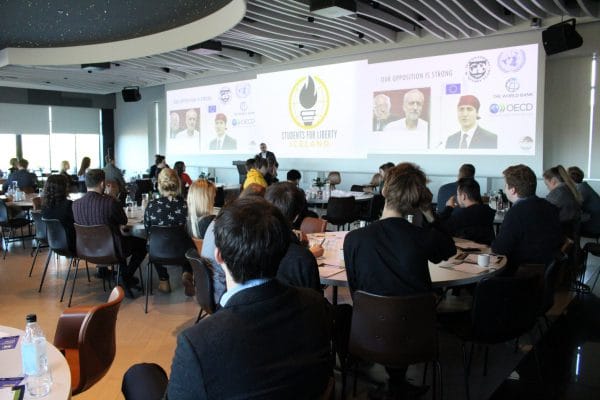 Facing this rather disastrous situation in which everyone who demands lower taxes is instantly chastised by almost everyone, what is a possible solution? My argument is that we should advocate more often for tax competition as one primary principle of tax policy.

One of the most important economic principles is that incentives matter. It is an inconspicuous principle at first sight, but understanding this already goes a long way. We are not angels. There is evil in this world – and even if the vast majority of people are not truly evil, they are – as the Catholic part in me reminds me – fallen. Ours is a sinful nature. And even if we have the best intentions in mind, we still make mistakes.

This is where competition comes into play. For market advocates, competition has always had a profound significance. On the market, good ideas would prevail in a competitive nature, and people would find out which path should be taken to be successful – by learning from others’ experience and failures. Friedrich A. von Hayek called competition “a discovery procedure not only by giving anyone who has the opportunity to exploit special circumstances the possibility to do so profitably, but also by conveying to the other parties the information that there is some such opportunity.”

Often neglected, however, is so-called “institutional competition” – or “state competition.” It is, as the name already suggests, competition between states and government institutions. The idea is clear-cut: in a world with more than one state – such as the one we live in – individual states will almost inevitably compete with each other (as long as freedom to move at least exists in some way).

When it comes to taxes, for instance, if country A has a 90 percent flat tax rate, and country B has only 30 percent, migration flows will – ceteris paribus– develop from A to B. As more and more individuals and companies flee from A to B, A will lose its tax base and thus, its revenue. To sustain itself, it will have to follow B and cut taxes as well. In the end, everyone is left with lower taxes.

The Left is quite correct to call this a “race to the bottom” – only the negative connotation to it needs to be questioned. After all, a “race to the bottom” in tax policy would result in less taxes, and as a result, in individuals and companies being allowed to keep more of their earned income and profit in their own pocket.

Examples for the success of tax competition are plentiful. Indeed, the EU might be the prime example for it. Tax competition still thrives in Europe: corporate tax rates, for instance, range from zero percent on the Isle of Man to 35 percent in Malta. Ireland has especially made strides with its low 12 percent corporate tax rate, luring tech companies like Apple, Google, Microsoft, and Oracle to the nation of Guinness (the excellent Irish beer might be another reason for those companies moving there). This has led to thousands upon thousands of jobs, staggering economic growth, and eventually, more wealth for the country.

Meanwhile, other EU member states haven’t experienced staggering economic growth – and certainly also because of their staggering tax rates. It is no surprise that France with its 33 percent corporate tax rate and Germany with its 30 percent have been the forerunners in the idea of an EU-wide tax harmonization, where a minimum tax rate – probably around 30 percent – would be introduced. They have been losing out to the likes of Ireland for years (or, in their language, they have been deprived).

Another example can be found across the pond. A recent study by Chris Edwards from the Cato Institute shows that “Americans are migrating to low-tax states.” Dividing the United States into the 25 highest-tax and 25 lowest-tax states, Edwards found that only in 2016, “almost 600,000 people moved, on net, from the former to the latter.”

For exhibit three (of four), we may go back to the 1990s and early 2000s. The years around the turn of the millennia saw several liberalization efforts in the Western world, from Australia to New Zealand to Scandinavia – most shockingly, many of those countries were led by left-wing governments. Germany might be the most baffling example in this: when the center-left Social Democratic Party, in a coalition with the even further left Green Party, came to power in 1998, no one would have expected them to implement pro-market reforms.