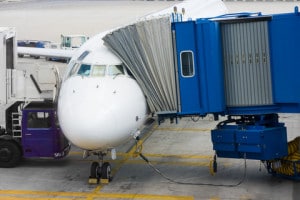 When federal and state taxes are accounted for, The United States has the highest corporate tax rate in the world. When it comes to the top marginal rates—including state taxes—of individual earners, many Americans are seeing more than half their income simply taken away. It’s no surprise, then, that some of the most productive citizens are leaving for more hospitable climes.

This behavior is called jurisdictional tax arbitrage. At a certain point, if you want to grow your business or keep the fruits of your enterprise, it makes sense to take advantage of more favorable taxation rates in other countries. In other words: Leave.

Some call this “unpatriotic.” Others attempt to characterize it as some evil superclass that wants to game complex global rules out of sheer greed.

What is more relevant to our times, though, is that the rich of today are also different from the rich of yesterday. Our light-speed, globally connected economy has led to the rise of a new super-elite that consists, to a notable degree, of first- and second-generation wealth. Its members are hardworking, highly educated, jet-setting meritocrats who feel they are the deserving winners of a tough, worldwide economic competition—and many of them, as a result, have an ambivalent attitude toward those of us who didn’t succeed so spectacularly. Perhaps most noteworthy, they are becoming a transglobal community of peers who have more in common with one another than with their countrymen back home. Whether they maintain primary residences in New York or Hong Kong, Moscow or Mumbai, today’s super-rich are increasingly a nation unto themselves.

It’s not immediately clear from the foregoing passage whether we’re supposed to love or hate this new “super-elite.” But for the social democratic author of Plutocrats, this nation-unto-itself is just crying out for annexation by a voracious steroid-State that depends on transfers for its very existence.

Quicker than you can say “Koch Brothers,” the left has painted a picture not of entrepreneurs and investors who are trying to protect capital from predatory politicians and bureaucrats, but of a wealthy Uebermenschen who have purchased the political process. And it is the grain of truth in this latter description that stokes the fires of redistributionist populism.

It is up to us to reframe such views and to disentangle the makers from the takers—the crony capitalists from the value creators. For if we do not, we will find that those who make the world a better place through principled entrepreneurship will simply take themselves away to Panama or Hong Kong. What will be left behind are precisely the sort of people who are willing to purchase the political process to ensure that rents flow into their coffers. Actually, this is not prediction. This is happening already. The question is, when will this brain-cum-capital drain complete itself?

The United States is no longer a home where value creators are welcome. They are viewed as geese with golden eggs to be slain for a laundry list of progressive ends. And progressive populism, with all its talk of one-percenters and “inequality,” will continue to drive good people to take flight. Worse, progressive populism drives the justification for global tax collectors to jet off in hot pursuit.

It’s a good thing entrepreneurs still have a place to go. If it were less costly to pick up and go, more of us might follow. In a global economy, at least valuable capital is protected from the parasitic political classes for a little while longer. After all, many of those who are taking their money and running are still stewards of capital, meaning it can still be deployed for the creation of goods and services. If Leviathan can get its tentacles on that capital, it will be lost in the belly of the transfer State—feeding the addictions of welfare queens, corporate cronies, and the military-industrial complex.

In honor of those one-percenters who have gotten the hell out of dodge, let us raise a glass and a stogie. Here’s hoping there is still sanctuary in the Caymans for turtles and tycoons.

The views expressed on AustrianCenter.com are not necessarily those of the Austrian Economics Center.
hayek_admin2019-01-14T06:16:09+01:00