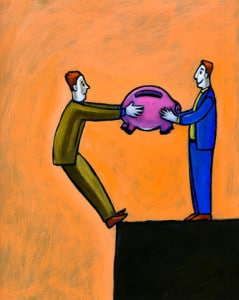 In 2012, Austrian workers had to work an average of 214 out of the 366 days for the treasury, before they had a free command over their income.  July 31 is the moment for 2013 and Austria should celebrate their Tax Freedom Day.  On this day the average taxpayer in Austria must no longer work purely for taxes and fees.  With this illustration of the weight of taxes, the Austrian citizens should pay more attention to and demand for a decrease in the tax burden.  The concern of the Austrian Economics Center is more than just this idea, but also to have discussions over the present tax burdens and other inevitable topics like taxes and businesses in Austria, transfer payments, and the justice of the tax system.

Evolution of the Tax Freedom Day:

The views expressed on AustrianCenter.com are not necessarily those of the Austrian Economics Center.
hayek_admin2019-01-14T06:45:05+01:00