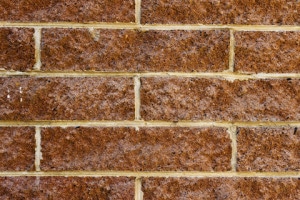 The Obama Administration has proposed its latest form of collectivist control over the American people. In a letter to Congress U.S. Treasury Secretary, Jack Lew, has called for punishment and prohibition of any company that tries to move its headquarters overseas to avoid higher taxes in the United States. Plus, Mr. Lew has the audacity to call his proposed territorial imprisonment of American business, “economic patriotism.”

He said, “What we need is a nation with a new sense of economic patriotism, where we all rise or fall together.” In other words, if the government ruins or weakens your business or financial well being through its misguided and disastrous economic policies, no one is to be allowed to escape the consequences.

The implication, it should be understood, is that you are the ward and property of the state. The government determines and fully controls your present and your future. Any attempt to emigrate your enterprise to a fiscally freer and less burdensome country or political jurisdiction will be prevented through the full police power of the American government.

What has caused a panic among many in Washington is that some high profile corporations have gained media attention with their plans to shift their corporate headquarters to countries with lower business taxes than those in the United States.

How dare portions of the American public who are the shareholders in these companies try to deny the political authorities some of the tax revenue they lust after!

You see the United States has one of the highest corporate tax rates in the world. Also the U.S. government imposes double taxes on American companies that do business in other parts of the world. If a U.S. headquartered enterprise earns profits in another country, they pay taxes in the country in which those profits have been earned.

But unlike most other nations, if that American enterprise repatriates back to the U.S. any or all of the net profits after paying those foreign taxes, Uncle Sam taxes them again. In other words, Washington doesn’t care where that American company has earned those profits or how much a foreign government has already taxed it; Uncle Sam demands his own “cut.”

Let me give an example from my own experience as an income earner deciding where to work. A good number of years ago, I was teaching at a university in Texas. I was offered a highly attractive academic position at a free market-oriented college in Michigan.

I explained to the academic dean at this college in Michigan that his salary offer was one I had to refuse. Texas, I pointed out, had (and has) no state income tax, while Michigan does. If I were to accept the offer I would be financially worse off in comparison to the take-home pay that I was earning in Texas. I made a counter-offer of what salary I would have to receive if accepting the position was to be financially rewarding enough.

My employment experience is far from unique. Indeed, it goes on all the time for tens of thousands of people in the United States every year. Pleasant working conditions, an interesting and challenging job description, better opportunities for promotion and advancement, and desirable geographical location in which to live are all among the factors that most people weigh when deciding whether or not to leave a job and accept alternative employment.

But salary matters, too, and for most of us it is given a significant weight in this decision-making process. All things considered, each of us would rather earn more, on net, than less. Our take-home income is the means by which we have access to all the purchasable goods and services we like to buy in the market. And the greater our take-home pay the larger the number of things we can acquire that money can buy.

It is not surprising, therefore, that besides the nonmonetary factors that influence employment decisions, people usually investigate, to one degree or another, how local and state taxes will affect their net-income position when deciding whether to move from one place to another.

Unless the monetary reward after taxes is sufficiently attractive (or unless the nonmonetary factors are so overwhelming), many of us are unlikely to make a move from one town to another or one state to another when we are comparing job opportunities.

Business Decisions and the Tax Structure

The same incentives and relative earning opportunities guide business enterprises in selecting locations for their headquarters and their production, service, and distribution facilities among the various states. Because of tax advantages hundreds of thousands of companies are incorporated in the tiny state of Delaware, including a majority of the companies listed among the Fortune 500.

Tax differentials can also influence decisions about the country in which a business has its headquarters and facilities. Globally, the average corporate tax rate in 2013 was about 24 percent. In the European Union it was an average of 23 percent. In Latin America it was around 27 percent. In Africa, it was about 28 percent. But in the United States, it was between 35 and 40 percent.

In addition, the U.S. government taxes overseas business earnings in a way that most these other countries do not. For instance, suppose you own and operate your business in one of the leading member countries of the European Union, but also have a subsidiary in the United States. You will owe taxes to your home government only on the profits you’ve earned from sales in your own country. The U.S. government will have already taxed any profits your company earned from American operations; you can then, in general, repatriate those after-tax profits back to your own country without any further tax liability.

However, if you are an American company with a subsidiary in any other country, the United States will double-tax you on your foreign earnings. Not only will you have paid corporate taxes in the foreign country in which you’ve earned those profits, but in most cases the U.S. government will also tax those profits if you repatriate them back to the U.S. The fiscal arm of the U.S. Treasury extends around the globe, claiming a right to a portion of anything you’ve earned anywhere in the world.

This is why American multinational companies have parked nearly $2 trillion of accumulated profits in foreign countries, rather than beinging it home to the United States to be taxed at a corporate rate of at least 35 percent. This represents a huge amount of money that could have been distributed as dividends among tens of millions of Americans who own shares in these American enterprises, and who are therefore denied the financial benefits those dividends could have provided.

To minimize their tax liability within the United States and to try to reduce tax disadvantages, a growing number of American corporations have been moving their headquarters “offshore,” a procedure known as “corporate inversion.”

Often virtually nothing else changes as a result of this inversion. Manufacturing, jobs, sales, and marketing may remain exactly as they were before. It is basically a paperwork process to shift the company’s ownership and headquarters outside the United States to avoid such fiscal disadvantages as double taxing of earnings.

Recently there has been a lot of publicity due to the fact that the Pfizer Corporation attempted to buy a British pharmaceutical company to move its headquarters to the United Kingdom. And it has been reported that Walgreens Pharmacy has been weighing the possibility of buying a British drugstore chain that has its headquarters in Switzerland.

Critics of the type of legal restrictions that Secretary Lew wishes to see implemented against corporate inversions have pointed out that such decisions and actions are perfectly legal and no different than a company’s decision to move, say from Iowa to Kansas where corporate taxes are noticeably lower.

Rather than attempt to legally imprison American companies within the territorial jurisdiction of the United States government, a far better solution would be to lower (or even abolish!) corporate taxes and eliminate the double tax on earnings by American companies from their foreign business activities.

The Tax State vs. Economic Freedom

The real heart of the problem, however, is a lot deeper and more fundamental than these insightful observations and policy suggestions about tax disadvantages. The Austrian economist, Joseph A. Schumpeter, suggested in an essay entitle