The Austrian Economist Who Should Have Received Nobel Prize 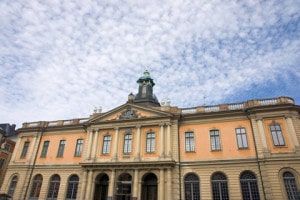 On October 13th, the 2014 Nobel Prize in Economics was announced in Stockholm, Sweden, with French economist, Jean Tirole, the recipient for his work on developing models to better assist governments in regulating private enterprise.

A couple of weeks earlier, Reuters news agency had reported that the Austrian School economist, Israel M. Kirzner, was on the short list for consideration. In the eyes of many free market advocates, he would have been the far more deserving recipient for his insightful and original work on the nature and workings of entrepreneurship and the market process.

The views expressed on AustrianCenter.com are not necessarily those of the Austrian Economics Center.
hayek_admin2019-01-14T06:09:46+01:00