The Austrian Influences on Bitcoin 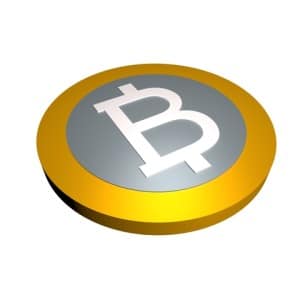 by Jeffrey A. Tucker

There is a bit of Menger, Mises, Hayek, Rothbard, and Kirzner in every satoshi.

Bitcoin seemed to emerge out of the blue in early 2009 as a unified monetary and payment system, something anticipated by no one. It’s true that the people who saw its merits and viability early on were code slingers and hackers. They posted their masterworks in strange places, and they are not available at university libraries. It’s all a little much to get your mind around, and there’s no academic literature about it. But then, the beauty of bitcoin is that you can jump in, start using it, and learn from the ground up.

For my part, I was incredulous about Bitcoin for two years after I heard about it. It just seemed crazy that money could somehow be created by a computer without any external or physical foundation. In some ways, this seems contradictory to everything we know about money.

But now that the currency has taken hold, its infrastructure is being built, cash-to-Bitcoin machines are going up everywhere, and mainstream opinion is gradually coming around. Cryptocurrency is real and not going away.

It’s time for a retrospective on exactly who among economists anticipated such a radical idea that markets themselves could discover and sustain a money independent of the State. When looking for economists, we need to begin with those who regarded money as a market good, created through entrepreneurial experimentation.

That points directly to the Austrian School.

Carl Menger (1840–1921). “Money is not an invention of the state,” wrote the great founder of the Austrian School. “It is not the product of a legislative act. Even the sanction of political authority is not necessary for its existence. Certain commodities came to be money quite naturally, as the result of economic relationships that were independent of the power of the state.”

This runs against most of what we think we know. Money is produced by the State today and has been in most places in the world for the better part of one hundred years. This creates an illusion that the State is the reason for money’s existence.

This is untrue. Money was nationalized away from markets, just as the roads and schools were. None of the reasons for this development are good. Government likes to control the money because it can depreciate it and thereby have another revenue source besides taxes. It can guarantee its own debts to prevent markets from evaluating them realistically.

The banks oblige this wish. In exchange, they are protected from market competition and enjoy protection against bank runs. In essence, the government grants banks the right to counterfeit so long as government can enjoy the first fruits of the printing press.

Once you release yourself from the myth that government created money, new possibilities emerge. Menger describes the emergence of money in evolutionary terms. There is trial-and-error. There is innovation. There are fits and starts. Something can be money in one place and not in another. Its emergence is gradual and goes through many iterations. “This transition did not take place abruptly, nor did it take place in the same way among all peoples.” This is a good description of the emergence of Bitcoin.

Ludwig von Mises (1881–1973). In a book published in 1912, Mises deepened and broadened Menger’s original theory about the origin of money. He was seeking an answer to the question of money’s original price in terms of goods and services. He explained that at any one time, there are many goods competing for money status—that is, that the good would be acquired not just to consume but also to trade for other goods.

He explained that it is impossible for anything to just be labelled money and for it to obtain value. There must be more to it than that. Gold and silver, for example, obtained their money value by virtue of their prior use in barter. In this sense, money must extend from a living market experience.

How does this apply to Bitcoin? The underlying value of Bitcoin is connected to its incredibly innovative payment system. The technology combines a distributed network, a ledger updated and verified for each transaction, cryptography, and a direct peer-to-peer system of exchange to create the blockchain. Users played around with the results for fully 8 months before the attached currency (Bitcoin) obtained its first market value.

Giving value to this digital currency was not something that could be done by government or social contract. It takes real market experience with a value good—or, in the case of Bitcoin, a wonderful service that the whole world needs. Such is the origin of Bitcoin’s value. In fact, if there were no payment network bound up with the currency, the currency itself would have no value at all.

In my experience in explaining this to people, this is a real sticking point. Most people think of money and a payment system as different entities (dollars vs. Visa). With national money, this is entirely correct. But Bitcoin is different. It unites the two in one. That’s hard to think through.

Mises made two additional contributions. He said that central banking was not necessary and predicted that it would be detrimental to the soundness of money. History has proven him right. In his ideal, money would function entirely apart from the State—just as Bitcoin does. Also, Mises closely tied the cause of sound money to freedom itself. He compared sound money to constitutions that guarantee fundamental human rights.

F.A. Hayek (1899–1992). Hayek was Mises’s colleague in pushing for fundamental monetary reform for many decades. Together they warned of the dangers of central banking. They demonstrated how expansionary credit policy leads to price inflation and business cycle, and also fuels the growth of government. They begged and pleaded to reverse course. But they were doomed to be prophets of decline.

One year after Mises’s death, Hayek decided to take a different course. In 1974, he wrote “The Denationalization of Money.” He gave up on the idea of government involvement in money at any level and concluded that there had to be a complete separation, even at the level of reform. He suggested a revolution from below.

He once favored the gold standard, but with this book he said, in effect, “We certainly can do better than that, though not through government.” He explained that “we have always had bad money because private enterprise was not permitted to give us a better one.” He endorsed a system of privately created monies based on a variety of technologies, included indexes of commodity baskets. These monies would all compete for market dominance, same as with any other good.

This book seemed mind-blowing at the time. But with Bitcoin, it’s not so crazy. The technologies were not around during Hayek’s day but now we can see how much we’ve been missing in the age of nationalized money. Money has gotten worse rather than better—and this is different from other private commodities, like phones, cars, and computers. Money can indeed be a product of private enterprise. The right reform plan is to just forget about the government’s system and move onward to something more wonderful. In the competition for money and payment systems, the market system will win.

Murray Rothbard (1926–1995). The first I ever heard of the idea of private coinage, it was from Rothbard’s 1963 book, What Has Government Done to Our Money. The idea astonished me, though, again, the notion seems not entirely outlandish now. New research has emerged that has shown that private currency is a huge part of modern history, from England in the Industrial Revolution to the American nineteenth century.

This wasn’t his central contribution. Rothbard was a theorist of the idea of private property, spelling out its implications for the whole of the social order. It is private property that brings order, secures liberty, rationally allocates resources, keeps conflict at bay, allows for the adjudication of disputes, incentivizes production, and generally shores up human liberty. Rothbard firmly established that money is and must remain private property.

Why does that insight matter? It comes down to one word: banks. They first existed as warehouses, made necessary because of safety and the costs of transport. The function of banks as lenders is really something different. In either case, the rights to who owns what ought to remain clear. Alas, it was not to be the case. Banks love ambiguity over ownership. If they can warehouse your stuff and make money lending it out at the same time, that’s all the better for them. If they can get government backing for the practice, that’s even better.

Rothbard’s best idea of reform—spelled out at great length in his 1983 book The Mystery of Banking—was to re-institutionalize property rights in the realm of money. No more should there be confusion and uncertainty about the titles to money property. Just as in the rest of the world, there should be clear distinctions. You can warehouse your money or your can loan it to a lender at a risk but there should be no mixing of the two. In today’s world, no one has a clue who has a right to what.

Now consider Bitcoin. When I own it, you don’t. When you own it, I don’t. There are no intermediaries, no charge backs, no confusions about how many there are or to whom they belong. To pay is to transfer, not just on some fictional ledger that may or may not reflect. This is a Rothbardian dream come true.

To be sure, Mt. Gox muddied the situation substantially, but that is not intrinsic to Bitcoin itself. It was a result of one firm that was poorly run, and this firm was compromised by a hacking theft, a coverup, incompetence, or outright fraud (it’s still just starting to be sorted out—for instance, Mt. Gox just found 200,000 BTC it didn’t realize it had). But the beauty of the situation was that even with that institution’s obfuscation, users knew of the foul play. For years prior to bankruptcy, it was obvious that something was amiss. Bitcoi