The Case of the Missing E-Mails 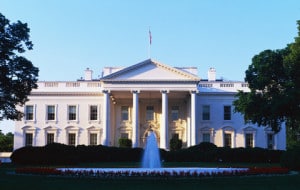 Had she written a novel about life in Washington, Jane Austen might have begun: it is a truth universally acknowledged, when information requested by Congressional subpoena could cause political damage to the party charged, that that information would disappear. On June 20, 1972, three days after operatives connected to the White House broke into the headquarters of the Democrat National Committee at the Watergate complex, President Nixon held a 79-minute conversation with his chief-of-staff, Bob Haldeman. Eighteen and a half minutes of that taped conversation went missing. In early January 1996, copies of documents that described Hillary Clinton’s work for a failing savings and loan association, and which had been requested two years earlier by a Congressional investigating committee, were discovered on the third floor of the White House. The discovery occurred “a few days after the statute of limitations expired for a variety of civil lawsuits that may be brought against professionals who fraudulently advised corrupt savings associations,” according to Stephen Labaton, writing about the incident for The New York Times.

Now we are being told that Lois Lerner’s computer crashed in the summer of 2011, permanently erasing e-mails to and from people and organizations, including the White House, Treasury, Department of Justice and the Federal Election Committee. Any involvement of the White House targeting conservative organizations, we are told, would now be impossible to prove. Ms. Lerner, we are led to believe, had to have been a lone wolf. But why did it take so long for the IRS to divulge the information that the computer had crashed three years ago? The investigation has been on-going for over a year. Even more egregious, according to David Camp (R-MI) who is chairman of the House Ways and Means Committee, the letter containing news that the e-mails had been lost also had the chutzpah to suggest Congress end its investigation. Why not? If the dog ate my homework, which I intended to hand in, why should I be punished? In fact, why not forget the whole thing? Next subject.

While not a lawyer, it is my understanding that failure to preserve e-mails can lead to a court ruling of “spoliation of evidence,” which means that a judge or a jury is instructed to treat deletions as if they were deliberate destruction of incriminating evidence. The convenience for Ms. Lerner (and very possibly the Administration) is that the e-mails that were deleted were written during the period under investigation. Equally convenient, and as noted above, the deleted e-mails were ones sent to organizations and people outside the IRS. It all suggests that the deleted e-mails very likely contained more than a “smidgeon of evidence.”

Lois Lerner who invoked the Fifth twice last year, after first claiming her innocence, has been on administrative leave since last fall. Nevertheless, last month, the House voted to hold her in contempt of Congress. On Monday night, IRS Commissioner John Koskinen will testify before Darrell Issa’s Oversight Committee and on Tuesday before the House Ways and Means Committee, so stay tuned. But so far, with the stonewalling by the accused common to all investigations, getting to the bottom of this scandal has been like peeling an artichoke.

When considering the seriousness of the charge that the IRS interfered in the electoral process, keep in mind that Time magazine columnist Joe Klein (far from a conservative) wrote that the IRS scandal placed President Obama “on the same page as Richard Nixon.” Using the IRS to punish enemies is a serious crime. Article II of the Articles of Impeachment in 1974 included a charge that the Administration had attempted to conceal evidence and that Nixon had caused “…income tax audits to be initiated or conducted in a discriminatory manner.” Thus far, this White House has not been implicated, but the consequences of what happened are familiar.

Keep in mind, the IRS, in an admission of guilt, did acknowledge that agents had improperly scrutinized applications for tax-exempt status by Tea Party and other conservative groups. Nevertheless, the Obama Administration has denied any corruption or intentional wrongdoing. But the question of intent is worth investigating.

In irritatingly plaintive tones, the IRS explained that 250 IRS employees had already spent 120,000 hours and $10 million investigating the issue. That’s a lot of time and money. And, was it all for naught? It seems to have been. It means we taxpayers paid $83.33 an hour to government bureaucrats to look for evidence that they now tell us they have known for a year could not be supplied because the computer ate the e-mails!

The Obama Administration has been mired in scandal: Benghazi was the most contemptible; Fast & Furious, the most duplicitous; The VA, the most despicable. But the IRS has come closest to outright criminal behavior. The New York Times, on Tuesday, described the scandal as one that has divided Republicans and Democrats. That would be their preference, as they then can blame obstructionist Republicans. But is it not the difference between openness and a cover-up that separates those who seek answers from those who would let sleeping dogs lie?

Every Administration has had their share of scandals. People who work in the political arena tend to be emotional and adamant in their advocacy. Action is more valued than contemplation. Winning is everything. There is no way that a President can keep an eye on what is happening within his Administration. Between 2000 and 2500 people work in the Executive Office of the President (versus about 35 eighty years ago!) and another 2.5 to 3 million civilian employees in the executive branch. However, most presidents surround themselves with encomiasts, from whom praise is more welcome than criticism. Since Mr. Obama cannot assume responsibility for all of those who work for him, it is imperative that he set the tone. While Richard Nixon may truly have believed he was not a crook, he certainly surrounded himself with those that were.

The IRS is the most sensitive organization there is in government. It knows more about each one of us than another agency. It knows our income and spending habits, where we live and how we invest. It knows how charitable we are and what our political inclinations are. Now, and despite its apparent incompetence and/or corruptibility, it has been asked, on top of its primary duties, to manage and regulate the Affordable Care Act. People should be up in arms. As taxpayers, we send anywhere from 10% to 39.6% of the dollars we have worked for – in many cases that amounts to tens of thousands (and in some cases millions) of dollars. Most of us willingly, if reluctantly, send in the money. What is done with our money affects us. And, if the personal information that is collected simultaneously is used for political gain that should greatly concern us. It is that trust that Ms. Lerner has allegedly broken. It is only right that the people know who else, if anyone, might have been involved.

This does not appear to be a case requiring Perry Mason, or even Sherlock Holmes, Hercule Poirot, or Nero Wolf. People apparently wanted to influence the election of 2012. That was a criminal act. Who was involved? It should be easy to determine. It is only right that we get the answers. We may be slow, but we’re not stupid.

The views expressed on AustrianCenter.com are not necessarily those of the Austrian Economics Center.
hayek_admin2019-01-14T06:16:52+01:00