The Closing Of The Austrian School's Economic Mind 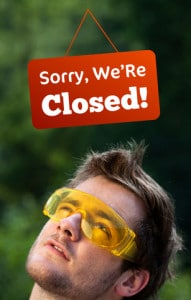 Those familiar with this column are well aware of how very much it venerates what’s known as “Austrian” economic thinking, or the Austrian School. Books by Ludwig von Mises are always nearby, and then for one to Google “John Tamny” and “Ludwig von Mises” is to see how frequently he’s referenced, or directly quoted. Without presuming to define what is or who is “Austrian” from an economic perspective, von Mises’s thinking has been hugely influential.

That’s why the modern evolution of the Austrian School is sometimes so disappointing. Without naming names of specific writers, the thought processes that inform the modern “Austrian School” more and more read as statist, monetarist in their conceit about what’s allegedly the proper supply of money and credit, and probably most offensive of all, the reasoning at times reads as Keynesian.

The views expressed on AustrianCenter.com are not necessarily those of the Austrian Economics Center.
hayek_admin2019-01-14T06:14:20+01:00