The Continuing Relevance of F. A. Hayek's "The Road to Serfdom" 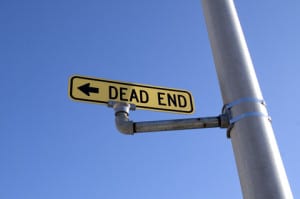 Seventy years ago this month, on March 10, 1944, “The Road to Serfdom” by Friedrich A. Hayek was first published in Great Britain. For seven decades it has continued to challenge and influence the political-economic landscape of the world. Hayek delivered an ominous warning that political trends in the Western democracies, including America, were all in the direction of a new form of servitude that threatened the personal and economic liberty of the citizens of these countries.

Austrian economist, F.A. Hayek (1899-1992) was already famous as the leading free-market opponent of the emerging Keynesian Revolution in the 1930s. He also was one of the most prominent critics of socialist central planning, having helped demonstrate why government management of an entire economy was inherently unworkable, and could never “deliver the goods” as efficiently and effectively as competitive capitalism.

Now, in “The Road to Serfdom,” Hayek showed that government planning was not only an economic disaster, but also more tellingly a political system of control and management that threatened to bring about the end of human freedom.

When the book was published Great Britain and the United States were engulfed in a global war with Nazi Germany as the primary enemy and Soviet Russia as the primary ally. In 1944 the British had a wartime coalition government of both Conservative and Labor Party members, with Winston Churchill as its head. During these war years plans were being designed within the government for a postwar socialist Britain, including nationalized health care, nationalized industries, and detailed economic planning of industry and agriculture.

For the eight years before America’s entry into the war Franklin Roosevelt’s New Deal had transformed the United States through levels of government spending, taxing, regulation, and redistribution the likes of which had never before been experienced in the nation’s history. Many of the early New Deal programs had even imposed a network of fascist-style economic controls on private industry and agriculture; fortunately, the Supreme Court had declared most of these controls unconstitutional in 1935.

At the same time, the Soviet Union was frequently portrayed as a model – however rough around the edges – of an ideal socialist society, freeing “the masses” from poverty and exploitation. The Nazi regime, on the other hand, was usually depicted as a brutal dictatorship designed to maintain the power and control of aristocratic and capitalist elites that surrounded Hitler.

Hayek’s challenge was to argue that German Nazism was not an aberrant “right-wing” perversion growing out of the “contradictions” of capitalism. Instead, the Nazi movement had developed out of the “enlightened” and “progressive” socialist and collectivist ideas of the pre-World War I era, which many intellectuals in England and the United States had praised and propagandized for in their own countries.

It was in Bismarck’s Germany, after all, that there had been born the modern welfare state – national health insurance, government pension plans, regulations of industry and the workplace – and a philosophy that the national good took precedence over the interests of the “mere” individual. In this political environment Germans came to take it for granted that the paternalistic state was meant to care for them from “cradle to grave,” a phrase that was coined in Imperial Germany.

Two generations of Germans accepted that they needed to be disciplined by and obedient to the enlightened political “leadership” that guided the affairs of state for their presumed benefit. Beliefs in the right to private property and freedom of exchange were undermined as the regulatory and redistributive state increasingly managed the economic activities of the society for the greater “national interest” of the German fatherland.

By 1933, when Hitler came to power, the German people not only accepted the idea of the “führer principle,” Hayek argued, but many now wanted it and believed they needed it. Notions about individual freedom and responsibility had been destroyed by the philosophy of collectivism and the ideologies of nationalism and socialism.

But Hayek’s main point was that this tragic history was not unique or special to the German people. The institutional changes that accompanied the implementation of socialist and interventionist welfare-state policies potentially carried within them the seeds of political tyranny and economic servitude in any country that might follow a similar path.

The more government takes over responsibility for and control over the economic activities of a society, the more it diminishes the autonomy and independence of the individual. Government planning, by necessity, makes the political authority the ultimate monopoly, with the power to determine what is produced and how the resulting output shall be distributed among all the members of the society.

What freedom is left to people, Hayek asked, when the government has the ability to decide what books will be printed or movies will be shown or plays will be performed? What escape does the individual have from the power of the state when the government controls everyone’s education, employment, and consumption?

He also warned that the more that government plans production and consumption, the more the diverse values and preferences of the citizenry must be homogenized and made to conform to an overarching “social” scale of values that mirrors that hierarchy of ends captured in the central plan.

One of Hayek’s central points was the fact that a comprehensive system of socialist central planning would require the construction and imposition of a detailed system of relative values to which and within which all in the society would have to conform, if “the plan” was to succeed.

This was the origin of Hayek’s warning that government central planning ran the danger of becoming tyranny and a new form of “serfdom,” since any meaningful dissent in word or deed could not be permitted without threatening the fulfillment of the goals of the plan. All would have to be assigned to their work, and be tied to it to assure “the plan” met its targets.

Even dissent, Hayek warned, becomes a threat to the achievement of the plan and its related redistributive policies. How can the plan be achieved if critics attempt to undermine people’s dedication to its triumph? Politically incorrect thoughts and actions must be repressed and supplanted with propaganda and “progressive” education for all.

Thus unrestricted freedom of speech and the press, or opposition politicking, or even observed lack of enthusiasm for the purposes of the state becomes viewed as unpatriotic and potentially subversive.